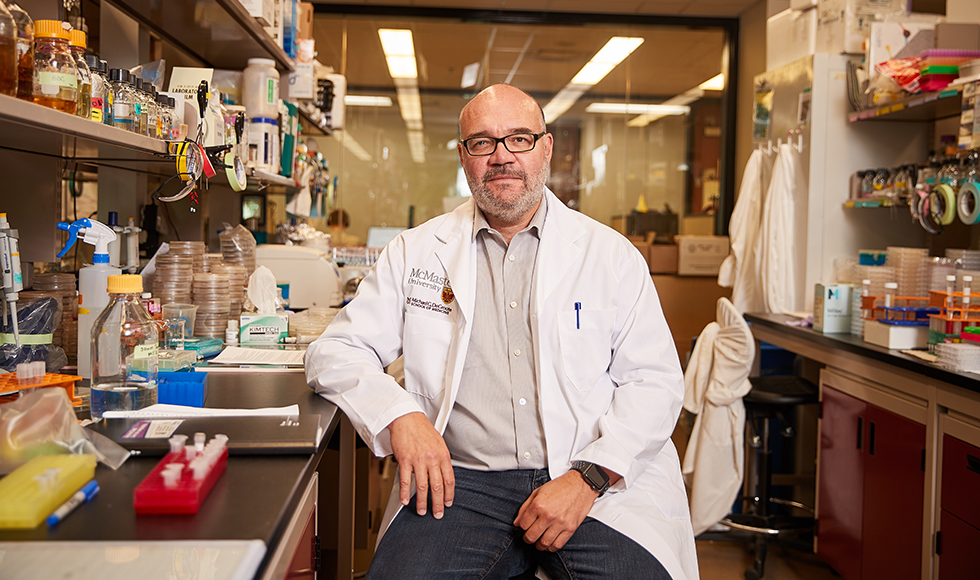 A study from McMaster has unearthed new details about the evolutionary history of both antibiotic production and resistance and dates their co-emergence as far back as 350 to 500 million years.

The study is the first to put antibiotic biosynthesis and resistance into an evolutionary context. The findings will help to guide the future discovery of new antibiotics and antibiotic alternatives which are medicines that are vitally needed given the current global threat of antimicrobial resistance.

The study was published in Nature Microbiology.

“Our findings are of significant interest,” said Gerry Wright, senior author and professor of the Department of Biochemistry and Biomedical Sciences at McMaster. He is also director of the Michael G. DeGroote Institute for Infectious Disease Research and the newly established David Braley Centre for Antibiotic Discovery.

“Our study reveals several implications in how we could potentially manage antibiotic use and find new drugs for antimicrobial infections.”

The team extracted this history by first identifying the genome sequences encoding all of the necessary genetic programs for the production of glycopeptide antibiotics within a group of bacteria called Actinobacteria. Glycopeptides include vancomycin and teicoplanin, essential medicines for treating bacterial infections.

Researchers then plotted the changes in these genetic programs over time, revealing that while the precursors for genes responsible for antibiotic production date back to over one billion years, resistance is contemporary with the production of the first ancestors of vancomycin-like drugs, dating back to 350 to 500 million years.

“The results we uncovered in this study offers a valuable lens through which to consider the current antibiotic crisis,” said Nicholas Waglechner, first author and PhD candidate in the Gerry Wright lab. “These compounds have been useful to bacteria on the planet even before dinosaurs appeared, and resistance co-evolved with production as a means of self-protection for producing bacteria. The use of vancomycin in modern times in medicine and agriculture has resulted in the movement of resistance from these innocuous producers to disease-causing bacteria over a few short decades.”

The study was funded by the Canadian Institutes of Health Research (CIHR) and Cisco Systems Canada Inc.