Mission critical — tackling the challenges of sending astronauts to Mars 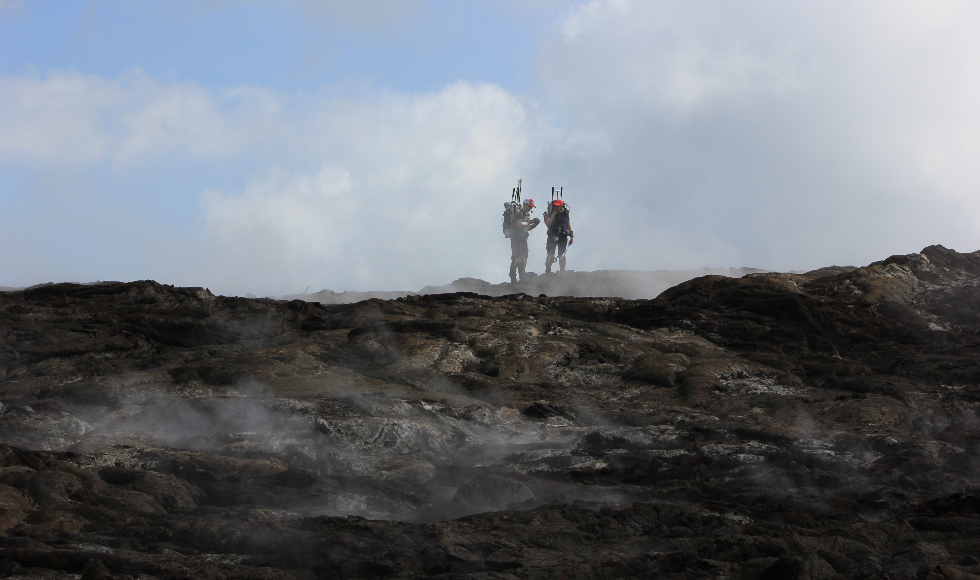 An international team of researchers, which includes scientists from McMaster’s School of Geography & Earth Sciences, NASA, and others, is tackling one of the biggest problems of space travel to Mars: what happens when we get there?

A series of articles published today in a special edition of the journal Astrobiology, focuses on the scientific, logistical, operational and communications challenges of sending astronauts to deep space.

It is the culmination of years of work in NASA’s BASALT research program, or the Biologic Analog Science Associated with Lava Terrains, which involves geologists, microbiologists, geneticists, engineers and astrobiologists from all over the world.

One of the biggest challenges the team is investigating is how best to conduct meaningful science in such harsh and dangerous conditions—where time and resources are highly restricted—and how to send valuable information back to Earth to enable input from an Earth-based science support team.

Researchers simulated mission conditions on Mars in several scenarios which included conducting field work in the unforgiving, Mars-like terrain of Craters of the Moon National Park Monument and Preserve in Idaho and the Hawaii Volcanoes National Park.

These regions are rich in basalt, a fine-grained rock similar to rock found on Mars. Scientists hope samples can provide important clues in the ongoing search for life on Mars.

Supported by funding from the Canadian Space Agency, Allyson Brady, a postdoctoral fellow in McMaster’s School of Geography & Earth Sciences, who is working with her advisor Greg Slater on the project, is investigating organic biomarkers of microbial life associated with the rocks.

“When astronauts finally go to Mars, we need to identify the best place to potentially find evidence of life and to target the kind of basalt rock samples which may contain a lot of organic material, for example,” explains Brady. “There will be many, many limitations on Mars so we need to consider the best way to conduct research and gather samples including getting timely feedback from science experts on Earth.”

Brady and NASA scientists are also considering the challenges of sharing information when teams are millions of kilometres apart.  For example, they tested different forms of communications—video and photo transmissions, voice messaging, texting using specialized software—between field researchers, who wore communications packs as an astronaut might, and mission control.

“There can be a significant delay, as long as 20 minutes, between an astronaut on Mars and the team on earth,” explains Brady. “So we are working to optimize operations so astronauts don’t have idle time and the flow of information continues,” she says.

NASA plans to establish a series of crewed missions to Mars in the 2030s, culminating with a surface landing.