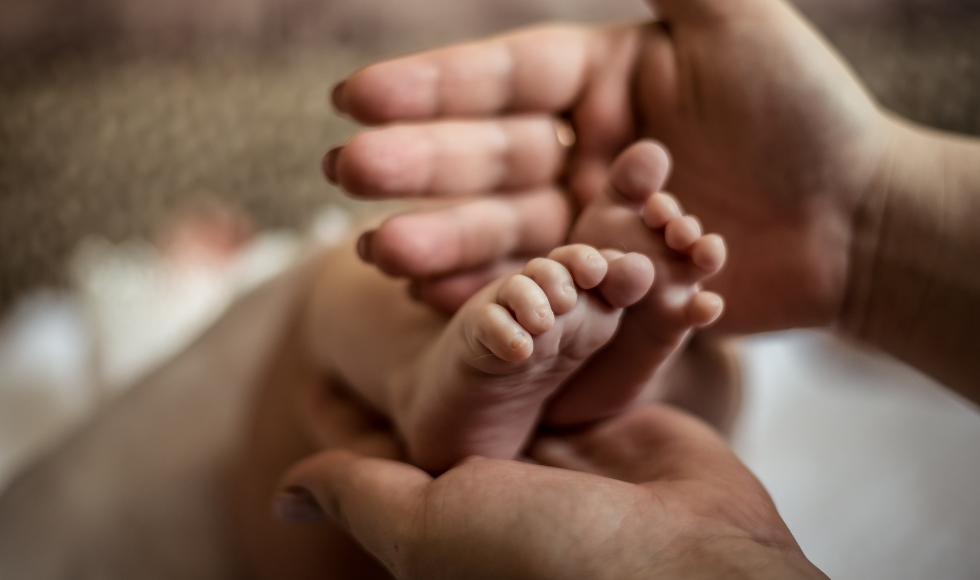 Ivona Kučerová's new research project will use the passing along of lullabies and language — from Elders to young mothers to babies — to revitalize Indigenous languages in Indigenous communities. (Shutterstock image)

What if lullabies could be more than just a comforting naptime ritual? What if, when passed down intergenerationally, they could also be a key element in re-introducing Indigenous languages?

Ivona Kučerová, associate professor of Linguistics and Languages and the Director of McMaster’s Centre of Advanced Research in Experimental and Applied Linguistics (ARiEAL), is launching a two-year project that will use lullabies and other forms of infant-oriented speech — like cooing and “baby talk” — as a way of revitalizing Indigenous languages in communities in southern Canada.

The project will encourage elders to pass down their knowledge of Indigenous lullabies to younger mothers and other primary caregivers in their communities — many of whom don’t speak their Indigenous language.

These caregivers will then share these songs and rhymes with their babies at an important stage of their growth, creating a base for healthy language development.

“Not only will this help with the re-introduction of language in Indigenous communities, there will also be benefits for each generation involved,” says Kučerová.

She anticipates that through this process, additional support structures will be created for mothers and caregivers, and infant well-being will increase. She also hopes that the intergenerational aspect of this project will provide a valuable healing opportunity — particularly for those impacted by residential schools.

“I’m interested in developing an ecosystem of language that creates a critical mass of speakers,” Kučerová says. When Indigenous languages are used more often, the languages will be reclaimed in a way that is sustainable and can be carried forward to future generations. This project aims to be a critical piece of this sustainable future.

“The way we speak to children is something that people usually don’t pay that much attention to,” says Kučerová.

“And when you look at the type of people who have been engaged with language revitalization and reclamation, they are mostly men,” she says. “For various socioeconomic reasons, women are largely left out of the efforts.”

She believes the inclusion of babies and women in language revitalization will play an integral role in re-introducing languages into Indigenous communities.

When it comes to learning languages, “babies are like little sponges,” says Kučerová. While there are some initiatives in place to teach Indigenous languages in elementary schools, as a linguist, Kučerová knows that it is ideal to introduce language at an even younger age.

“In order for language revitalization to be successful, we need to create an environment where there are enough small triggers for the brain to practise the language,” says Kučerová. By introducing repetitive rhymes and lullabies, babies and their caregivers will be exposed to their Indigenous language frequently, creating repetitive triggers that will help to retain the language.

As it stands now, the natural transmission of Indigenous languages within Canada is almost non-existent. This can be largely attributed to residential schools, where children were not permitted to speak, and therefore pass on, their first languages.

The impact of this suppression is still being felt in communities today — negative effects on social health, well-being and Indigenous identity are tied of this loss of language. And as communities lose their elders, most Indigenous languages are in danger of being lost altogether.

A less obvious result of this intentional language suppression is the impact it had on interactions between caregivers and their babies. Not only was infant-oriented speech, including lullabies, effectively erased, but this kind of communication was not replaced by a fully developed infant-oriented language system in English.

“These interactions with infants have been transmitted through generations for a very long time and this appears to be missing in communities now. This has a fundamental impact on social interactions and is likely to affect a children’s ability to form healthy social relationships,” says Kučerová.

This is the first time a research project in Canada has involved women and babies in language revitalization. It is this trailblazing element of the project that garnered funding from the New Frontiers Research Fund Exploration grant, which funds high-risk, high-reward interdisciplinary initiatives that push boundaries in exciting new areas.

“We want to do this work in a way that is aligned with the values and needs of the communities,” Kučerová adds. Building trust and working closely with Indigenous communities will be at the forefront of this project as this innovative work unfolds.

McMaster Daily News sat down with Savage Bear, formerly known as Tracy Bear, Director of McMaster Indigenous Research Institute (MIRI), to discuss advances made by the Institute and its collaborative partners.