Nasal spray delivers antipsychotic drugs straight to the brain, cutting required dose by up to 75 per cent and reducing adverse side effects 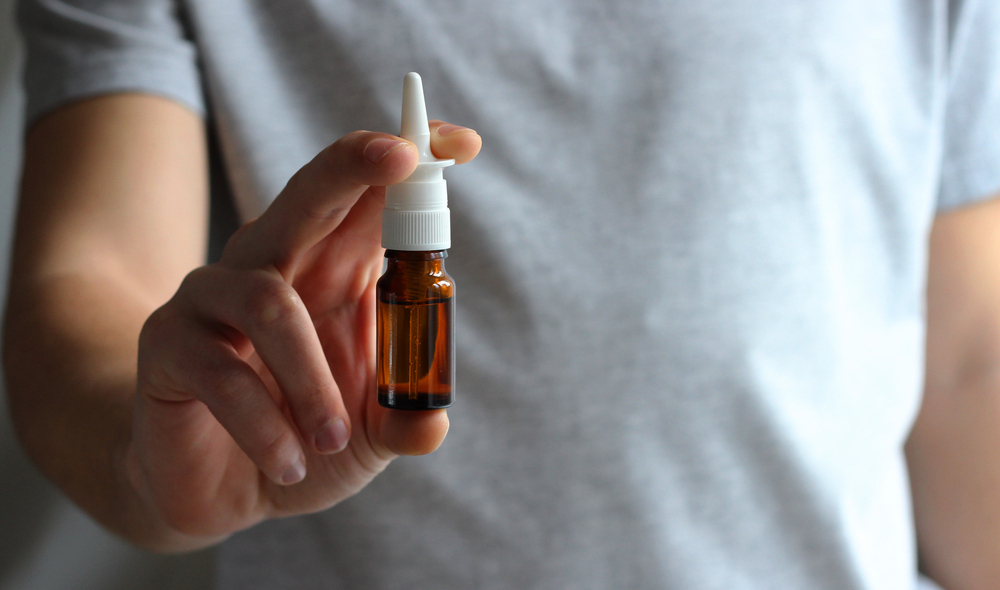 A team of neuroscientists and engineers at McMaster University has created a nasal spray to deliver antipsychotic medication directly to the brain instead of having it pass through the body.

The leap in efficiency means patients with schizophrenia, bipolar disorder and other conditions could see their doses of powerful antipsychotic medications cut by as much as three quarters, which is expected to spare them from sometimes-debilitating side effects while also significantly reducing the frequency of required treatment.

The new method delivers medication in a spray that reaches the brain directly through the nose, offering patients greater ease of use and the promise of improved quality of life, including more reliable, effective treatment.

Ram Mishra, a professor in the Department of Psychiatry and Behavioural Neurosciences and co-director of McMaster’s School of Biomedical Engineering, and Todd Hoare, a Canada Research Chair and professor of chemical engineering, describe their research in a newly published article in the Journal of Controlled Release.

They and their co-authors Michael Majcher, Ali Babar, Andrew Lofts, and Fahed Abuhijleh have proven the concept of their new delivery mechanism in rats with PAOPA, an experimental drug used to treat schizophrenia. In related work, the researchers have also produced similar results with other, commonly prescribed antipsychotic drugs.

A problem for patients using antipsychotic medications, Mishra explains, is that taking them orally or by injection means the drugs must pass through the body before they reach the brain through the blood. To be sure enough oral or injected medication reaches the brain, a patient must take much more than the brain will ultimately receive, leading to sometimes serious adverse side effects, including weight gain, diabetes, drug-induced movement disorders and organ damage over the long term.

When delivered through the nose, the spray medication can enter the brain directly via the olfactory nerve.

“The trick here is to administer the drug through the back door to the brain, since the front door is sealed so tightly,” Mishra says. “This way we can bypass the blood-brain barrier. By delivering the drug directly to the target, we can avoid side effects below the brain.”

Mishra and collaborator Rodney Johnson of the University of Minnesota had previously created a water-soluble form of the medication, which was used in the current research. The new form they created was easier to manipulate, but they still lacked an effective vehicle for getting it to the brain. A particular issue was that drugs delivered via the nose are typically cleared from the body quickly, requiring frequent re-administration.

Hoare, in the meantime, had been working with an industrial partner to develop the use microscopic nanoparticles of corn starch for agricultural applications.

The two scientists, who work across campus from one another, came together after researchers in their labs met at an internal McMaster conference. Two of the researchers, Babar and Lofts, worked on the project in both labs.

The engineering team was able to bind the drug to the corn starch nanoparticles that, when sprayed together with a natural polymer derived from crabs, could penetrate deep into the nasal cavity and form a thin gel in the mucus lining, slowly releasing a controlled dose of the drug, which remains effective for treating schizophrenia symptoms over three days.

“The cornstarch nanoparticles we were using for an industrial application were the perfect vehicle,” Hoare says. “They are naturally derived, they break down over time into simple sugars, and we need to do very little chemistry on them to make this technology work, so they are great candidates for biological uses like this.”

The gradual release means patients would only need to take their medication every few days instead of every day or, in some cases, every few hours.

The research work was funded by a Collaborative Health Research Partnership Grant (from the Natural Sciences and Engineering Research Council of Canada and the Canadian Institutes of Health Research) and McMaster University’s Interdisciplinary Research Fund.

The researchers are seeking a corporate partner to move the technology into the marketplace.