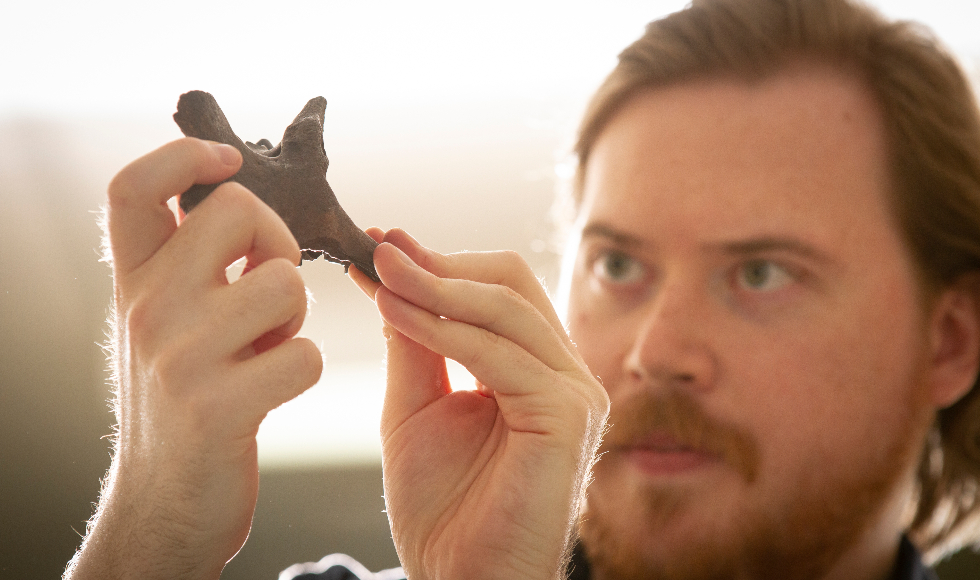 New research on the evolutionary relationships between tree sloths and their extinct giant relatives is challenging decades of widely accepted scientific research.

A team of international researchers, including scientists from the McMaster ancient DNA centre and the University of Montpellier, have reached almost precisely the same novel results, working independently, in two separate studies published today in the journals Current Biology and Nature Ecology and Evolution.

While the sloth’s evolutionary tree was previously based almost exclusively on the study of anatomical features, or morphology, new molecular (DNA and protein) evidence appears to overturn a longstanding consensus on how the major group of sloths are related to one another.

The scientific community has long believed that modern tree-dwelling sloths evolved independently from their large ground-dwelling ancestors . But by using different tools – relying mitochondrial genomic evidence and on bone collagen teased from ancient and modern specimens—researchers discovered the ancient sloths may have been at home on both land and in the trees.

“Mining the fossil record for these organic residues helps us write new histories about sloth evolution and biogeography,” says evolutionary geneticist Hendrik Poinar, director of the Ancient DNA Centre at McMaster and also a corresponding author on the paper published in Current Biology.

Poinar and his team used state of the art analysis of ancient DNA to sequence 10 extinct sloth mitogenomes, which included the iconic continental ground sloths Megatherium, Megalonyx, Mylodon and Acratocnus, the recently extinct Caribbean sloths Parocnus and Acratocnus, and all living tree sloths, the two-toed (Choloepus) and the three-toed (Bradypus).

The results have forced researchers to rethink the entire evolutionary relationships.

For example, the three-toed sloth has long been regarded as being so anatomically different from other sloths that it was classified on as a completely separate, evolutionary lineage.

But both the mitochondrial and protein evidence suggest that this is incorrect, and that, amazingly, the three-toed sloth fits within Megatherioidea, a group that also includes the largest of all sloths, the elephant-sized ground sloth Megatherium.

Similarly, the two-toed sloth, was found to belong to another major group of sloths called the mylodontoids, whereas it had previously been placed within a very different group called the Megalonychidae, a family which also includes the extinct North American ground sloth Megalonyx as well as a number of island species that lived in the West Indies until a few thousand years ago.

The power of ancient DNA

“Our work demonstrates the power of ancient DNA to decipher evolutionary radiations whose species have been decimated by the latest megafaunal extinctions,” says Frederic Delsulc, director of research at the Institute of Evolutionary Sciences,  University of Montpellier.  “This study reveals how little we know about morphological evolution and the new molecular phylogenetic framework provides an opportunity to better understand the underlying processes.”

The combined molecular evidence suggests that the West Indian sloths diverged from the ancestor of both megatherioids and mylodontoids more than 30 million years ago and this means that the first sloths to reach the Greater Antilles or what we know today as the Caribbean islands may have entered them over a temporary land connection between these islands and South America.

In taxonomic terms, that makes these recently extinct species the closest relative or sister group of all other sloths (giant and small), whereas they had previously been regarded as a late-evolving group.

“Although the molecular results conflict with current paleontological views based on anatomical features, there can be only one history of life,” says Ross MacPhee, a corresponding author and curator in the division of vertebrate zoology at the American Museum of Natural History.

“The job now is to reconcile these differing methods of inference, which means a lot more work on everyone’s part.  We are going to learn a lot, and that’s exciting,” he says.