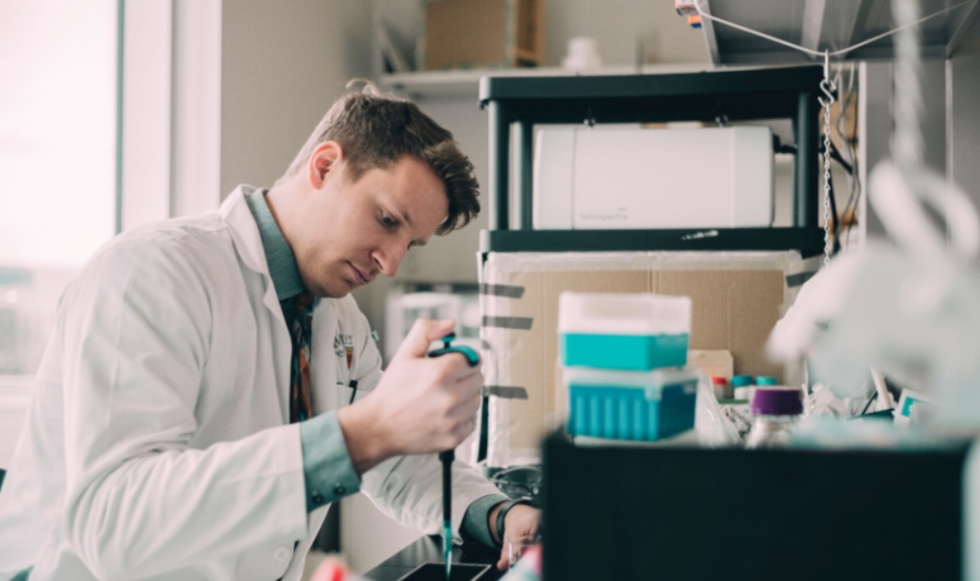 A team of McMaster chemical engineers led by PhD candidate Patrick Morkus have developed a technology to detect toxic compounds in wastewater up to 24 times faster than the industry standard.

The technology can tell if contaminated water, such as industrial wastewater from factories, is safe enough to enter a municipal water treatment plant, or if it’s too toxic and needs specialized treatment beforehand.

It currently takes about four hours to test a batch of water before deciding where it should go, according to Morkus. With this research, in collaboration with Aevitas Inc., testing can be successfully completed in just 10 minutes.

“One of the biggest issues [Aevitas] faced was not knowing what’s in the wastewater they were receiving from different companies – each batch of wastewater could have up to 50 to 100 different chemical compounds,” Morkus said.

“You have all these wastewaters with toxic chemicals that are being pooled together in a massive container. What do you do with it, and how do you treat it?”

The research, published in Environmental Science & Technology, addresses the need to drastically improve the detection of toxic chemicals in wastewater, which would lead to a cleaner and healthier environment.

“There’s a push to reduce the amount of chemicals in water to improve our wildlife and environment, and it’s becoming more difficult for companies to meet the criteria in the Wastewater Systems Effluent Regulations (WSER),” says Morkus. “Our research comes in to predict where a certain batch of industrial wastewater should go to make sure it can be treated properly – but really, really rapidly.”

Morkus says this will allow companies to make quicker decisions on what to do with contaminated water, saving both time and resources in the short and long run.

The technology is a testing “kit” involved in a process called nitrification, where ammonia in wastewater is converted into nitrate using bacteria.

The kit contains various types of bacteria – some which aid in nitrification, and some which do not but are commonly found in wastewater, such as E. coli.

Ammonia is a toxic compound which disrupts wildlife and the environment if it enters our bodies of water, whereas nitrate is a less toxic compound that will eventually be converted into nitrogen gas in a municipal wastewater treatment facility, says Morkus.

Contaminants such as herbicides or pesticides, which are used in production facilities in the food industry, for example, will disrupt the nitrification process as it kills the bacteria meant to aid in the process.

By testing different combinations of toxic compounds in water and how they affect the bacteria in the kit, Morkus’ team grew a large dataset of water that will “pass” and can be sent to a municipal water treatment plant, or “fail” and have to be sent to a specialized facility like Aevitas.

The more information it gathers, the smarter the technology becomes at analyzing each batch of water.

“It can be used by companies like Aevitas, who we developed it for, but it could also be used by operators at plants like the Hamilton Wastewater plant and also upstream to where the contaminants are being added – so really along the whole supply chain.”

The kit is currently being supplied to Aevitas to complete trials and further improve the technology.

On pursuing research at Mac

Reflecting on his diverse experience in research so far, Morkus says it’s important to stay open-minded.

“Try to get as much experience as you can from different areas – you’ll be surprised to find that there’s a lot of overlap,” he says.

McMaster experts on key themes shaping our world in 2022

We asked McMaster researchers across fields of study to share predictions for the year ahead and insights from their field of expertise.