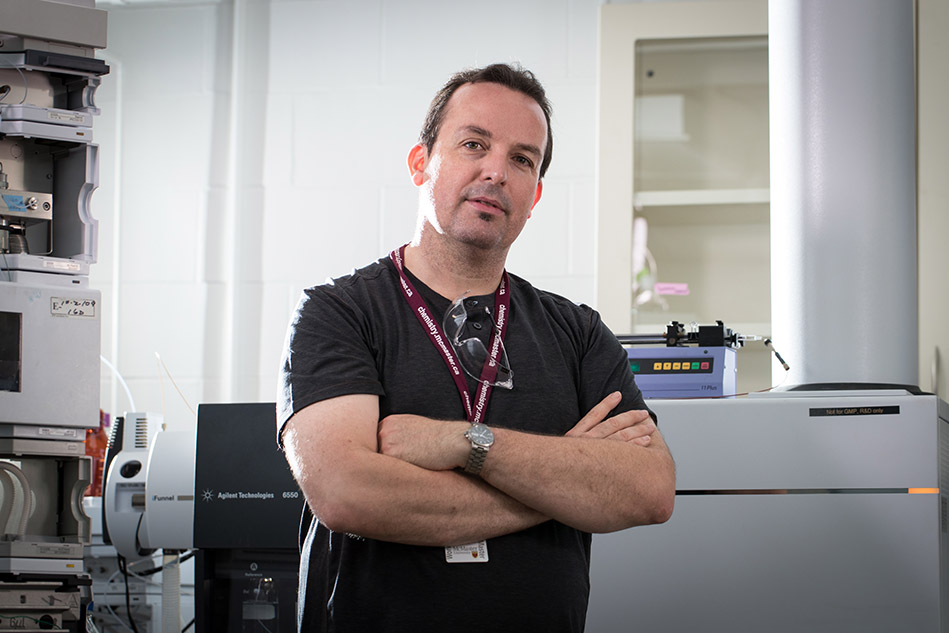 The findings, published in the journal ACS Central Science, shed new light on the underlying mechanisms of CF and could lead to improved prognosis and better therapies for a disease which is quite variable, affecting different children in different ways, say researchers.

“There are chemical signatures in sweat that tell us an infant has CF even when they do not exhibit any symptoms,” says Philip Britz-McKibbin, lead author of the study and a professor in the Department of Chemistry and Chemical Biology at McMaster University. “We set out to discover whether there were chemical indicators detected in sweat that could complement the gold standard for CF diagnosis: the sweat chloride test.”

The test is commonly used in universal newborn disease-screening programs and measures the concentrations of salt.  Elevated sweat chloride confirms that an infant actually has CF.

But there are some obstacles that complicate clinical decision-making, explains Britz-McKibbin, because sweat chloride can result in ambiguous diagnoses in some borderline cases and does not reveal how the disease might progress for individual patients.

“Sweat contains lots of information related to human health that researchers have not fully analyzed and we found some unexpected chemicals associated with CF,” he says.

Using a specialized technique developed at McMaster, scientists collected and analyzed sweat samples from infants in CF clinics at the McMaster Children’s Hospital and the Hospital for Sick Children in Toronto.

They identified several unknown chemicals beyond chloride that were consistently associated with babies who had CF, including two different drug and environmental compounds the infants secreted in sweat at much lower concentration levels.

Testing for these biomarkers could be done in cases in which the chloride sweat test result is unclear, say researchers. The biomarkers also point to other underlying mechanisms that contribute to the progression of CF and could lead to better therapeutic interventions earlier in life.

“The easier it is to detect CF, the earlier it can be diagnosed, and the better people’s chances are at living a longer, healthier life”, says Joanna Valsamis, Chief Healthcare, Research and Advocacy Officer at Cystic Fibrosis Canada. “CF Canada invests heavily in research that aims to improve the lives of people living with CF, and findings such as those from Dr. Britz-McKibbin are crucial to our understanding of the disease.”

In Canada, one in every 3,600 children are diagnosed with CF.  But life expectancy has risen dramatically in recent decades with the median age of survival now over 50 years, due to better treatments to improve lung function, better nutrition and lung transplants.  Further benefits are expected with the advent of newborn screening programs that now result in early detection prior to the onset of symptoms of CF.

The research was funded in part by Cystic Fibrosis Canada. Since 1960, CF Canada has invested more than $244 million in leading CF research and care.

In the News: Catherine Clase on safe masking for children

Options besides N95s include a well-fitting three-layer cloth mask with a non-woven polypropylene filter layer, medical masks that are ASTM certified, and wearing a good-fitting cloth mask over a medical or procedure mask.