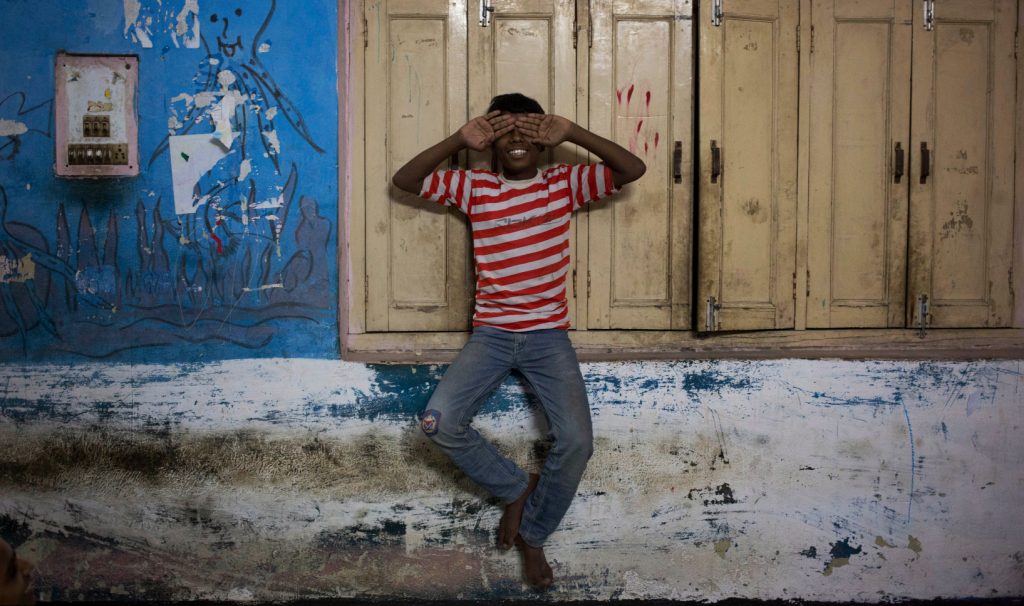 This 13-year-old Indian boy worked 15 hours a day making bread before he was rescued by the workers of the NGO Bachpan Bachao Andolan (Save Childhood movement) in 2014. India’s far-right BJP is taking aim at NGOs. (AP Photo/Bernat Armangue)

Roomana Hukil is a PhD candidate in political science. This article is republished from The Conversation under a Creative Commons license. Read the original article.

The return to power of Narendra Modi’s right-wing Bharatiya Janata Party (BJP) creates uncertainty about the future of advocacy in India.

Since 1976, civil society organizations have faced multiple operational challenges as successive governments have tried to undermine their work with accusations of “anti-nationalism” and “sedition.”

It’s important to examine the role of Hindu nationalism — also BJP’s founding ideology — since it regards NGOs as undemocratic and anti-Indian. But it’s equally critical to remember there are provisions guaranteed under international law to protect NGO activity in India.

BJP’s Hindutva ideology is based on the advancement of a Hindu rashtra, or Hindu nation. The underlying tenet is to regulate the working of civil society through Hindu religious doctrine that imposes vigilantism, violence and punishment on those who defy order.

Hindu nationalism reinforces the glorification and revivalism of Hinduism, and the supremacy of a nation and invokes intolerance towards other non-Hindu groups that seek sociocultural change and justice in society.

The BJP views NGO activists as defiant because they challenge conventional notions of power, social structures and hierarchies that conflict with the idea of Hindu majoritarianism and status quo culture.

For instance, the Modi government targeted faith-based organizations in 2017 for their alleged involvement with religious conversions. Compassion International, a foreign-funded Christian charity group, was shut down and asked to partner with other religious organizations apart from Christians if it wanted to re-register as a legal enterprise again.

Similarly, several local as well as transnational NGOs seeking justice for Muslims in Gujarat in 2002 were threatened with investigation and bank account closures if they continued their work.

While previous governments have been intolerant towards NGOs in the past, the BJP is taking it further, polarizing civil society with far-right politics. Transnational NGOs have been targeted for “serving as tools for foreign policy interests of western governments,” but local NGOs that don’t fall under the Foreign Contributions Regulation Act (FCRA) mandate are also experiencing repression and harassment.

In 2018, 13 activists were killed during the Sterlite protests in Toothukudi, Tamil Nadu.

The BJP has meticulously orchestrated a systematic dismantling of NGOs (non-governmental, non-profit organizations) that has put the future of Indian advocacy surrounding socioeconomic and environmental issues in jeopardy.

Congressional amendments to the FCRA in 2010 made it clear that there would be stricter oversight and monitoring of foreign-funded NGOs that engage in critical discourse.

However, with the BJP in power, the scope of transnational advocacy has been even further reduced.

Since 2014, local activists have been finding it difficult to obtain financial, technological or capacity-building support from abroad or from local officials because external NGOs and local philanthropic organizations are reluctant to aid rights-based advocacy. While the FCRA curtails foreign funding, philanthropists currently shy away from supporting critical activity for the fear of appearing anti-government.

Activists are now concerned about the prospects for activism in India, and are worried about their day-to-day survival in the state as the BJP continues to penalize dissenters.

In this light, what can international and local organizations do to safeguard the interests of NGOs in the future?

In 2016, the United Nations Special Rapporteur pointed out that India was placing unreasonable restrictions on transnational advocacy networks by silencing them on obscure grounds. It asked the Indian government to repeal the FCRA, which didn’t happen.

This is because UN regulations aren’t rigorously enforced to prevent governments from dismantling civil society operations in the Global South. If enforced, they could guarantee and promote NGO rights surrounding freedom of assembly and association. Sanctions should also be imposed to keep non-compliant and exploitative governments in check.

A common platform for discussion can help NGOs review government policies and deal with repressive actions. For instance, certain South African states allow NGOs to gather once a year to discuss issues of common interest. In India, that doesn’t happen.

There’s also a need for change in the culture of Indian philanthropy to ensure NGOs are supported and not questioned about their credibility. Activists must be treated as equal stakeholders in society so that money is distributed for civic education, legal literacy and accountability-related work.

Amid this cultural ecosystem change is the need for NGOs, in turn, to be fully transparent about their funding and operations.

Now that the BJP has won the election with a majority, it gives the Indian government the legitimacy to act freely and bend laws without being questioned because acquiring an electoral mandate by the state means complete adherence to government policies and structures.

But democracy isn’t just about winning elections. It is about equal participation. Socioeconomic and environmental reforms cannot be left exclusively for the government to manage. The international community must help ensure that civil society and the citizenry are being heard to counter India’s conservative policies and right-wing politics.

Roomana Hukil is a PhD candidate in political science. This article is republished from The Conversation under a Creative Commons license. Read the original article.