Oxytocin has potential as a therapy for autism, research finds 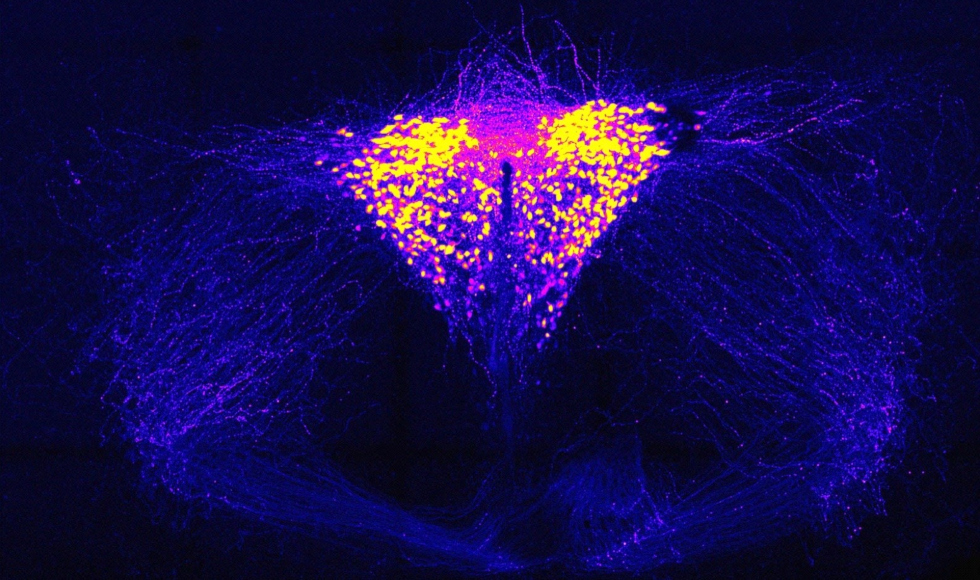 A team of international researchers who study how gene mutations associated with autism interfere with social behaviour have found injections of the hormone oxytocin can normalize brain activity.

The findings, which were presented recently at the 2021 Society for Neuroscience Global Connectome, point to the potential of oxytocin—known to influence behaviours such as bonding, attachment and trust—for treating autism.

In Canada, approximately one in 66 children between five and 17, are diagnosed with autism spectrum disorder (ASD), which includes a wide variety of conditions characterized by difficulties with social skills, repetitive behaviours, speech and nonverbal communication.

Previous research results concerning the effectiveness of oxytocin as a therapy have been mixed, with some studies suggesting inhaling oxytocin significantly improves the ability of people with autism to interact with others.  Additional studies have found natural oxytocin levels are lower in those with autism.

Previous studies have found that mice with a gene mutation known as CNTNAP2 mimics several aspects of autism. These studies also reported that these mutant mice had fewer oxytocin-producing neurons, and infusions of oxytocin made the mice significantly more social.

In this study, researchers examined the brain activity in these mice to uncover potential mechanisms behind oxytocin’s positive effects on their social behaviour. After a single dose of oxytocin, they found that weaker connections within the social areas of the brain became strengthened in the mice that mimic autism, while the control group exhibited no changes in brain activity.

“Social circuit connectivity appears to be very important for normal social behaviour,” says Katrina Choe, an assistant professor in the Department of Psychology, Neuroscience and Behaviour at McMaster, who is leading the research.  “Our findings suggest oxytocin plays a crucial role, because it strengthens that connectivity. They also offer an important insight into oxytocin’s unique ability to stimulate the brain connections impaired by an ASD gene mutation, leading to improved social behaviour.”

Future research at Choe’s lab at McMaster includes gaining a better understanding of the underlying molecular and circuit mechanisms involved in the central oxytocin system and its link to ASD, and to determine why oxytocin therapy works in some individuals and not in others.

Targeted clinics and judgment-free messaging will help make sure the limited quantities of vaccines make it to those most in need, expert Kevin Woodward explains.