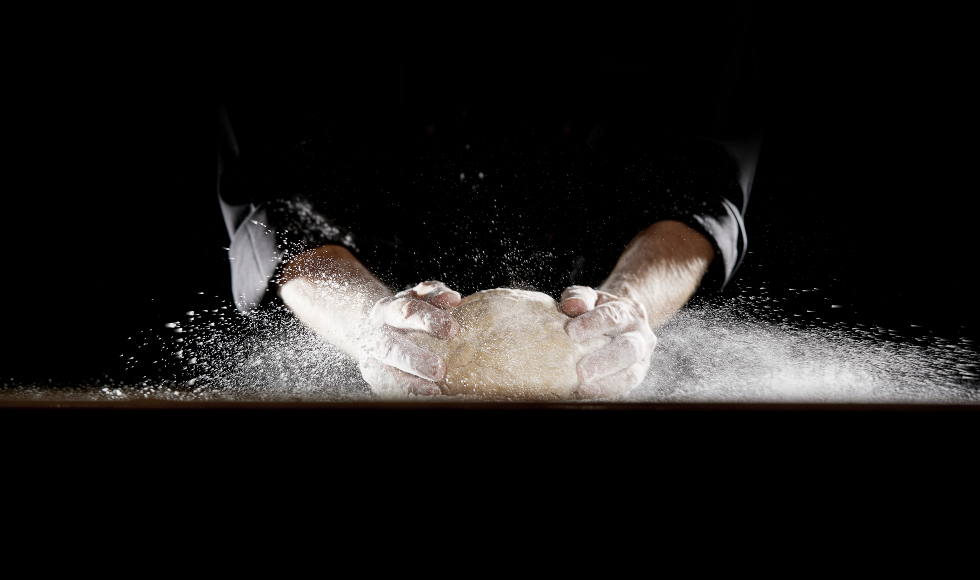 Preparing food is an important ritual in providing care and comfort. Photo by Shutterstock

BY Hanna Tervanotko and Katharine Fitzgerald, Department of Religious Studies

From our morning routines to our cultural and religious traditions, the COVID-19 pandemic has intensely highlighted our need for rituals. Rituals, understood as “a strategic way of acting in social situations,” are performative activities that follow a prescribed sequence of actions.

Most scholarship understands rituals to be an inversion of regular behaviour that set an action apart from mundane activities.

Not all rituals are religious, but religious studies scholar Catherine M. Bell has explained how almost any ceremony, traditional clothing and various traditions can be considered ritual-like activities. Sometimes such activities reflect a memory of an earlier tradition, such as Thanksgiving dinner. Other times, material items, such as a flag or scriptures, evoke a ritualistic context. Rituals provide connections with the past, belonging to a community and a sense of continuity.

When everything else is changing, engaging with activities that “we have always done” can provide comfort. Rituals have become common in news media as both a casualty and something that has benefited from COVID-19. Many people miss access to their usual rituals due to the pandemic’s disruption of normal routines and traditions.

There is also evidence that some have created new rituals, specifically in the context of their home. One interesting trend that has surfaced during this pandemic is pandemic baking. People have turned to cooking and baking as a means of coping during these trying times.

Rituals of the ordinary

Although ancient Jewish texts frequently refer to illnesses, seldom do the authors mention medical professionals. These texts reflect an ancient world where there were other ways to deal with illnesses. Cooking, even for the ill, can be understood as a ritual-like practice. By exploring food rituals in the context of illness, we will show how traditional and often changeless rituals provide comfort in changing social situations.

Few scholars have considered the routines of ordinary people as a ritual, because they so commonly fall outside of what scholarship has deemed as ritual. Sociologist Susan Starr Sered and anthropologist Barbara Myerhoff have discussed mundane household rituals as reflections of “domestic religion.”

Sered, who studied elderly immigrant women in Israel, argues that, within the context of a “male-oriented religion,” women established their own rituals in order to construct “a meaningful religious life.” These include nurturing and feeding their loved ones and taking responsibility for the poor and needy. Sered has termed these activities as “sacralizing,” because it allows people to relate their lives “meaningfully to God.”

Sered demonstrates how food preparation can be a sacred ritual because it makes the intangible aspects of culture and religion tangible. Such a connection is particularly strong in the kashrut, the Jewish system of food laws, which elevates meal preparation from being a daily mundane activity “to a religious ritual par excellence.”

Ancient authors were aware of the importance of food for general well-being, and the idea that food strengthens the individual is outlined in various Biblical texts.

For example, King David’s men feed an Egyptian who has not eaten for three days and the text claims that “his spirit revived.” The author does not only highlight physical well-being in this verse, but the return of his spirit (ruah) which makes him living suggests that food is not simply a means to satisfy a basic human need. It is possible that food was understood in more complex ways.

Feeding the sick as ritual

In some contexts, food may signify a household ritual as a response to sickness. An example of this occurs in the Testament of Job, an early Jewish writing that expands the Biblical Book of Job and envisions Job’s final days. In this narrative, God gives Satan permission to inflict Job’s body with plagues.

The author narrates how Job’s wife Sitis cared for him during his illness by providing him bread to eat. Driven to slavery, Sitis turns to Satan, thinking he was a man, and begs for bread. Since they were poor, Sitis has nothing but her hair to offer as payment and she sells her hair to Satan to buy some bread for Job.

The text suggests that this episode is not simply about an awareness of the importance of eating, because after bringing the bread to Job, the text includes a lamentation. Sitis laments her misfortunes that have resulted from Job’s illness: the poverty, the loss of material possessions and her hair. Following Sitis’ lament, Job reveals the man as Satan who declares himself defeated and finally leaves Job in peace. Job then recovers from his illness.

Various details of the Testament of Job narrative suggest connections with rituals. Most notably, individual laments that describe the present suffering and request for help may have been performed ritualistically. Biblical scholar Carol Meyers has argued that in ancient Jewish texts, women are known for performing laments.

As some laments of the Hebrew Bible specifically talk about illness, they may have been composed to address the illness in hopes that the deity would intervene and heal the sick. Such words are preserved, for instance, in Psalm 102:3-4:

“For my days pass away like smoke, and my bones burn like a furnace. My heart is stricken and withered like grass; I am too wasted to eat my bread.”

Bread appears in various accounts that refer to suffering. A part of ancient (and also modern) burial rituals offers the so-called mourner’s bread to the mourners. In 2 Samuel 3, King David who is mourning performs a lamentation and people offer him bread.

In a similar vein, in 2 Samuel 13, the narrative of Tamar’s rape by her brother Amnon, suggests an understanding of food beyond mere sustenance. Tamar prepared cakes for Amnon, who pretended to be sick.

Biblical scholar Tikva Frymer Kensky explains that the cakes Tamar offers Amnon are called “biryah,” a word which means either a heart-shaped cake or food that “enheartens” the sick person. Hence, the cakes that Tamar prepares in 2 Samuel 13 were not meant to be offered to the sick only to have him eat “something” — there was something important in the process of preparing this particular food and its appearance.

Connection with symbolic healing power of food is particularly emphasized in 2 Kings 20:7, where the prophet Isaiah advises the sick King Hezekiah to place a fig cake on his boil. Food is suggested to heal even without being consumed.

In this text, the cakes, as a substance, are seen as having some kind of healing power because, after following the prophet’s advice, King Hezekiah recovers.

Similar to ancient texts that depict rituals related to food, in our present context, food is both comfort and symbol. For instance, bread has innumerable symbolic connotations. Food and rituals related to it offer connections with others, even when it has become exceedingly difficult to connect with people.

By following traditions, one connects with the past. And by sharing food, we can reach out to our communities.

Transportation planning for the elderly should consider their needs, including safe pathways and accessible vehicles.