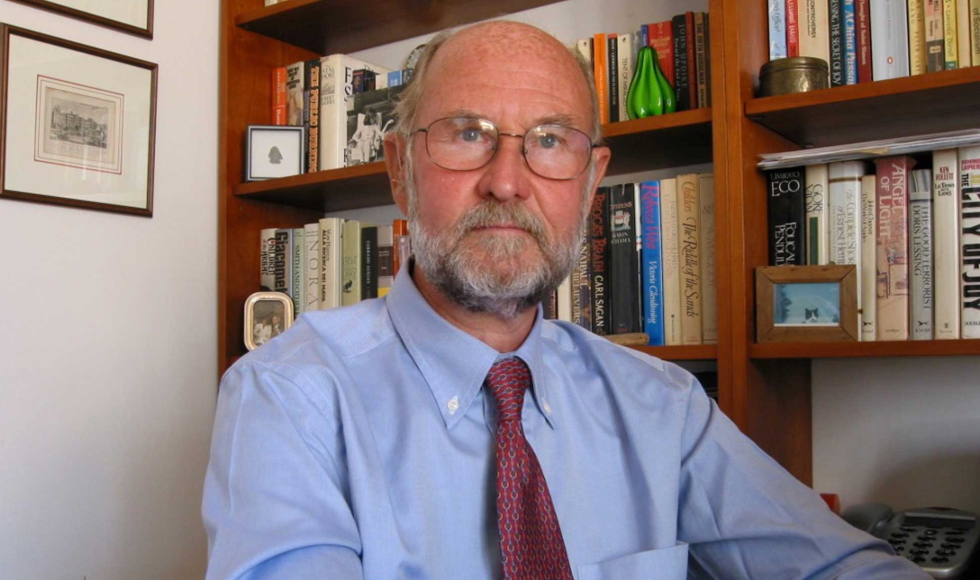 Frank Graham is a Distinguished University Professor of pathology and molecular medicine and biology.

McMaster University professor emeritus Frank Graham has been recognized for the impact of his scientific work almost five decades ago which is being used for production of several COVID-19 vaccine candidates.

Last week, the National Research Council of Canada formally recognized Frank Graham, Distinguished University Professor of pathology and molecular medicine and biology, for his creation of the HEK 293 cell line and its importance in the production of biologic molecules, including current COVID-19 vaccine product candidates.

“As we look ahead to a possible COVID-19 vaccine, it’s important to also take a moment to recognize the invaluable contributions that Dr. Graham has made to such an undertaking with his development of the HEK 293 cell line,” said Iain Stewart, president of the NRC.

“The NRC is proud to formally recognize and celebrate Dr. Graham’s outstanding contributions to science.”

At McMaster, Graham is recognized as a research “rock star.”

“As a molecular virologist, I’ve been aware of Frank’s work my entire career as he definitely holds ‘rock star’ status in our field,” said Karen Mossman, McMaster’s vice-president, research. “He is so deserving of this honour as his work has paved the way for so many, and his contributions will continue to influence medical advances for years to come.”

Paul O’Byrne, dean and vice-president of the Faculty of Health Sciences, added, “McMaster has led health research for many years, and it is wonderful that Dr. Graham is being recognized for his work that created the basis for part of Canada’s response to COVID-19.”

In the Netherlands in the 1970s, Graham developed the HEK 293 cell line, which is now widely used for academic research and in the pharmaceutical and biotechnology industries around the world.

That cell line has since undergone significant modifications in laboratories across the globe. For example, the NRC has developed a proprietary version of the HEK 293 cell line, referred to as HEK293-SF-3F6, which has properties that make it a very strong starting point for the subsequent development of vaccines and therapeutics for human health. It is used for the production of a variety of COVID-19 vaccine candidates.

In collaboration with the late Ludvik Prevec, McMaster professor of biology, Graham engineered an Ad5 vector expressing rabies antigens that has led to the development of a vaccine bait against rabies that is broadly used in Canada and the U.S. for control of rabies in wildlife.

Graham said he was pleased with the advances made using the cell line.

“I take great satisfaction from the fact that the HEK 293 cell line that I created in 1973 has contributed significantly to advances in the fields of gene therapy and development of vaccines. HEK 293 cells have become one of the most commonly used mammalian cell lines both in academic research and in the biotechnology and pharmaceutical industries.”

A Fellow of the Royal Society of Canada, Graham retired to Italy from McMaster University in 2003. He also holds the Robert L. Noble Prize from the Canadian Cancer Society, and he a member of the Faculty of Health Sciences’ Community of Distinction.