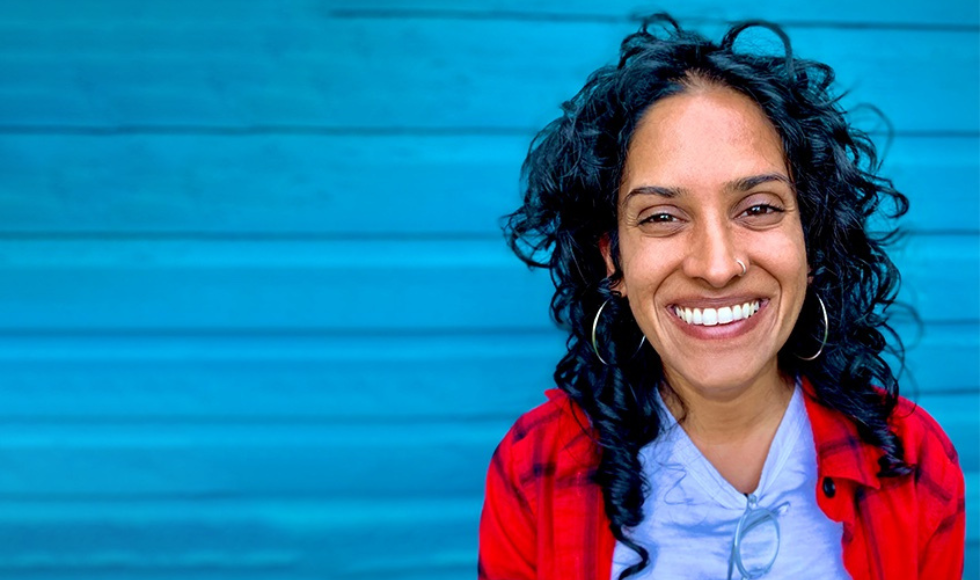 Anjali Menezes is an assistant clinical professor of family medicine at McMaster. In a newly published commentary, she and her co-authors call upon Canadian medical schools and institutions to begin collecting race-based performance data.

BY Steven Ma and Erin Beaulieu

As a racialized physician and researcher, Anjali Menezes has experienced various forms of racism, discrimination and prejudice throughout her education, career and personal life.

But it was during her medical training in the United Kingdom that Menezes learned that there was a field of study dedicated to measuring the impact of racism on education and career achievement, also known as differential attainment.

Differential attainment is “the discrepancy in academic and career achievements between different equity-seeking groups, and increasingly refers to specific racial disparities,” said Menezes, an assistant clinical professor of family medicine at McMaster University.

“Their data revealed that while only about 20 per cent of the class were racialized, their data showed that these students accounted for 60-80 per cent of those who had failed,” said Menezes.

Menezes brought these statistics to the attention of her medical school administration. “They told me those numbers were largely correct and these differences start in kindergarten and there’s nothing we can do about it,” said Menezes. “This conversation forever changed the trajectory of my career.”

In a newly published commentary in The Lancet Regional Health – Americas, Menezes and her co-authors, Shayna Henry and Gina Agarwal, call upon Canadian medical schools and institutions to begin collecting race-based performance data.

Shayna Henry is an assistant clinical professor and Gina Agarwal is a professor, both with McMaster’s Department of Family Medicine.

“Collecting this data is the first step towards taking action to dismantle racism within medicine. If you don’t measure it, you don’t know how big the problem is, and you can’t work to improve it,” said Menezes.

“If we want to implement effective equity, diversity, inclusion and decolonization (EDID) initiatives in our profession, we need to define how we’re going to measure success. The collection of race-based performance data is essential if we intend to actually improve the lives of our racialized colleagues,” she added.

There are decades of research from the United States and the United Kingdom that highlight the racial attainment gap in medical education and training.

As a result, these jurisdictions have started to take action to eliminate the impacts of racism on medical careers. For example, the Federation of State Medical Boards and the National Board of Medical Examiners in the U.S. announced the United States Medical Licensing Examination (USMLE) Step 1 results will now be reported as pass/fail. This change was justified, in part, as addressing the racial demographic differences in USMLE numerical scores.

In the commentary, the authors highlight that Canada has historically resisted the collection of race-based data for understandable fears of its misuse. To mitigate potential harms of collecting this data, the authors stress the importance of these initiatives being led by racialized researchers.

Within their own circles, the authors continue to spearhead EDID initiatives. They founded the Differential Attainment Research Group (DARe), a group made up solely of racialized researchers, and have begun a strategic planning process to identify areas for future work.

Menezes and Henry also co-founded the Racialized Residents at McMaster (RRAM) peer support group during their family medicine residency in 2020 and delivered a faculty development workshop on educational strategies to support racialized medical learners at the Canadian Conference of Medical Education in April 2022. Agarwal, as a racialized faculty member, has regularly mentored junior racialized doctors and faculty throughout her career.

Analysis: Why Viagra may be useful in treating lung diseases

Sildenafil — better known as Viagra — may be helpful in treating lung diseases like pulmonary arterial hypertension and idiopathic pulmonary fibrosis, for which there are few effective treatments.

The post-treatment minimal residual disease (MRD) profiles of glioblastoma patients were mapped using single cell sequencing to find a genetic signature that predicted how the cancer would recur in each individual.