Renowned McMaster expert recognized for his contribution to silicone science 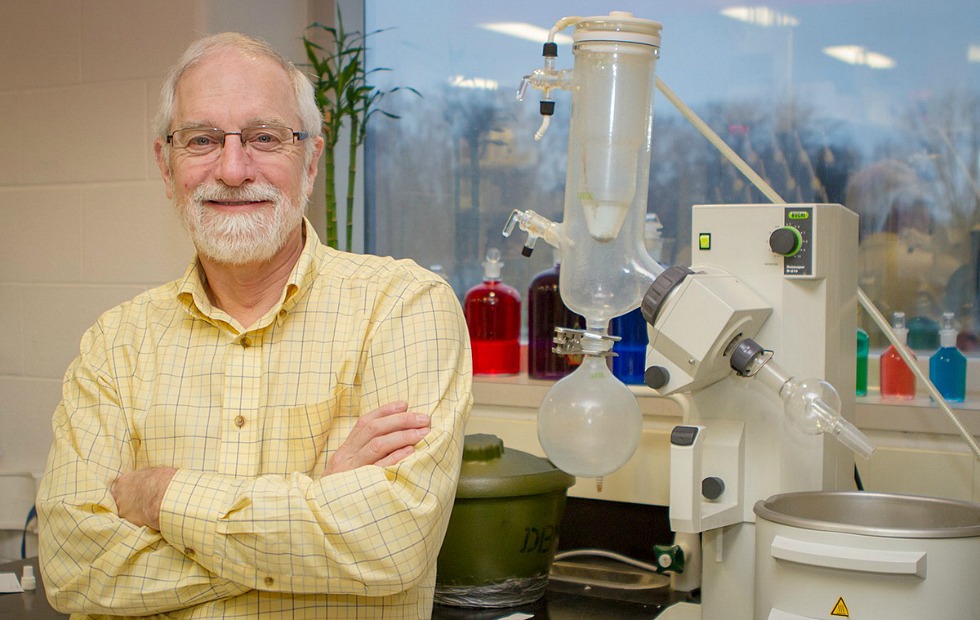 Michael Brook, Chemistry & Chemical Biology, and School of Interdisciplinary Science, is the winner of this year’s Chemical Institute of Canada’s Macromolecular Science and Engineering Award.

Michael Brook, Chemistry and Chemical Biology, and School of Interdisciplinary Science, Faculty of Science, is the winner of this year’s Chemical Institute of Canada’s Macromolecular Science and Engineering Award.

The award is presented to a researcher who has made a distinguished contribution to macromolecular science or engineering.

“I am really pleased to receive this award,” Brook said.  “It is a recognition of the research accomplished by a talented, creative and hard-working team.”

Silicone polymers touch all aspects of lives in developed economies and Brook is working to develop processes to make higher value silicones. This research has potential applications in personal care products, implantable biomaterials, improved, lower energy LEDs’ and better utilization of natural resources from trees (lignin and polysaccharides like cellulose) that used to be the core of Canada’s economy.

A McMaster Chemistry Professor since 1985, Brook trained at the University of Toronto, McGill, and the ETH-Zürich. Working with 62 graduate students, 31 postdoctoral fellows, and 136 undergraduates over his career, Brook has published over 235 peer reviewed publications, has 7 patents issued and 2 applications currently filed. He also wrote “the book” on silicon chemistry (Silicon in Organic, Organometallic, and Polymer Chemistry, Wiley, 2000).

As one of the world’s leading experts on silicones, he has participated widely in industrial research, litigation, and government panels in Canada and abroad, providing guidance on the use and safety of silicones including Environment Canada, Health Canada and the FDA. His creativity has been recognized by the F. S. Kipping Award for Silicon Chemistry (2016) from the American Chemical Society, a Killam Fellowship, and a Synergy Award; he was also a winner of the President’s Award for Instruction at McMaster.

Brook will receive the award at an awards dinner in late March. In addition to the recognition of his peers, Brook will receive a framed scroll and $2,000 cash prize. McMaster is also home to the 2016 winner of the Macromolecular Science and Engineering Award, Harold Stöver, whose work focuses on formation and properties of crosslinked polymers for fundamental and biomaterials application.

Since March, a team of researchers have developed and advanced two novel technologies which have applications during the COVID-19 pandemic and beyond.

Chemist began his work at the BIMR as a summer student in 1992 and “never looked back.”