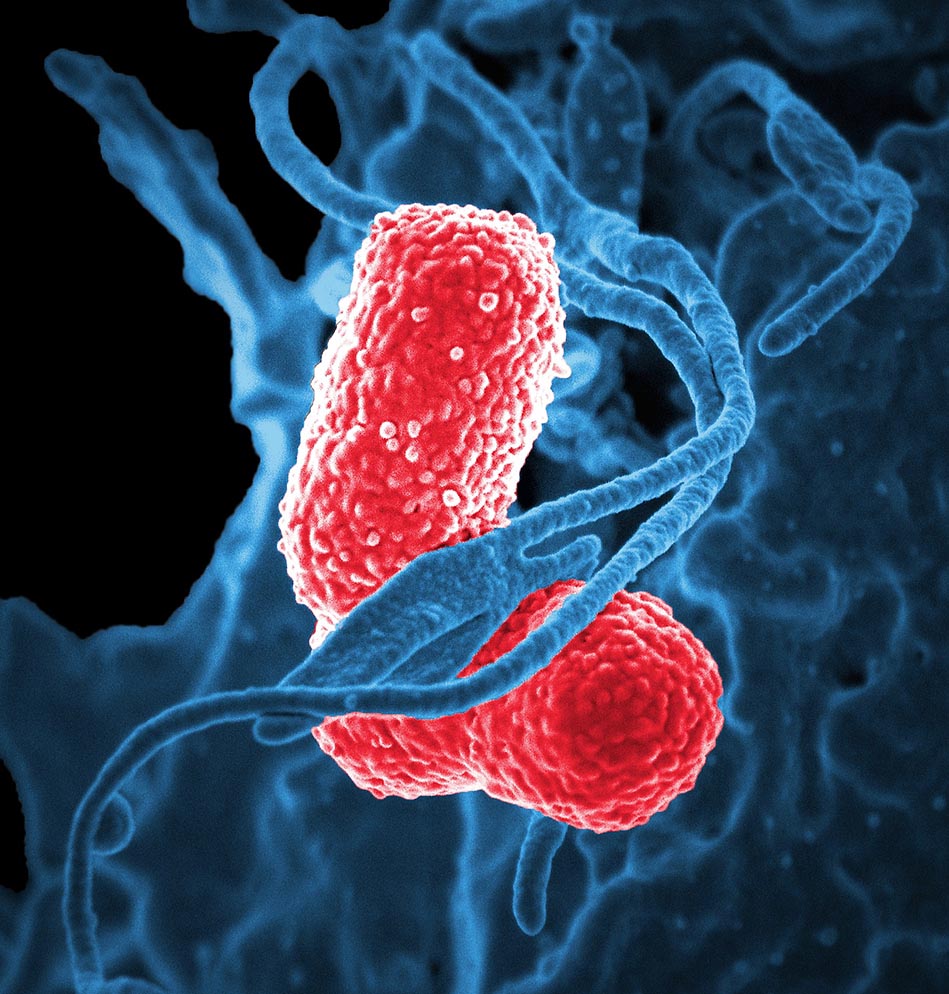 McMaster researchers have found a new way to treat the world’s worst infectious diseases, the superbugs that are resistant to all known antibiotics.

The discovery of an effective combination therapy has the potential to change medical practice for the treatment of the drug resistant infections which the World Health Organization (WHO) last week identified as of “critical priority” for their threat to human health.

The research was published in the journal Nature Microbiology today.

“We looked for compounds that would mess with these bacteria, and I think we’re nailing it,” said Eric Brown, senior author of the paper, a professor of biochemistry and biomedical science at McMaster’s Michael G. DeGroote School of Medicine and a scientist of the Michael G. DeGroote Institute for infectious Disease Research.

His team focused on Gram-negative bacteria which are resistant to all antibiotics including last resort drugs, such as colistin, and lead to pneumonia, wound or surgical site and bloodstream infections, as well as meningitis in healthcare settings.

Gram-negative bacteria have an intrinsically impenetrable outer shell that is a barrier to many otherwise effective antibiotics, and this makes these infections deadly, particularly in hospital settings.  His team tested a collection of 1,440 off-patent drugs in search of one that might compromise that barrier in the superbugs.

“These pathogens are really hard nuts to crack, but we found a molecule that shreds that shell and allows antibiotics to enter and be effective,” said Brown.

The scientists discovered the antiprotozoal drug pentamidine disrupts the cell surface of Gram-negative bacteria, even the most resistant. The anti-fungal medication was particularly potent when used with antibiotics against multidrug resistant bacteria.

Pentamidine, when used with other antibiotics, was found to be particularly effective against two of the three pathogens which the WHO has identified as having the most critical priority for development of new antibiotics. Those were Acinetobacter baumannii and the enterobacteriaceae. The combo therapy also had some impact on the third most critical bacteria, Pseudomonas aeruginosa.

The discovery was found to be effective in the lab and in mice, but more work is needed to offset potential side effects and ensure human safety. Brown added that his lab is continuing to test more compounds as well.

“One of the things we want to pursue further is why this is working so well.”

The study was supported by grants from the Canadian Institutes of Health Research, the Natural Sciences and Engineering Research Council and Cystic Fibrosis Canada, among others.

Research suggests that low- to moderate-intensity exercise is a safe and useful approach to managing concussion symptoms, rather than the traditional rest-is-best approach.