Robots are coming and the fallout will largely harm marginalized communities 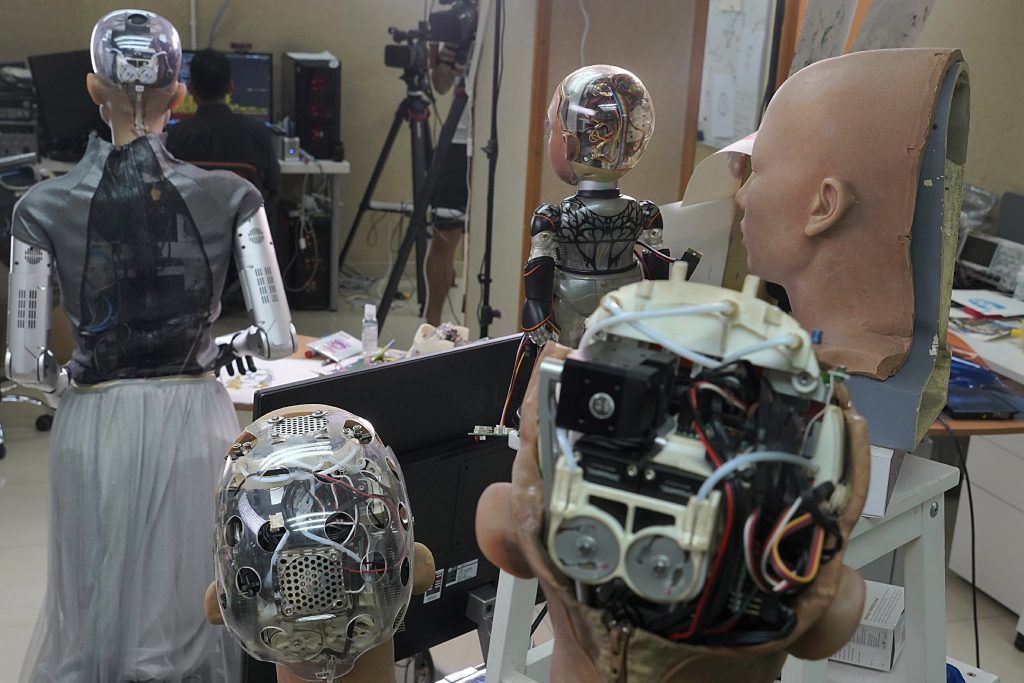 Those who are most affected in the labour market by robots are those who tend to already be marginalized. (AP Photo/Vincent Yu)

COVID-19 has brought about numerous, devastating changes to people’s lives globally. With the number of cases rising across Canada and globally, we are also witnessing the development and use of robots to perform jobs in some workplaces that are deemed unsafe for humans.

There are cases of robots being used to disinfect health-care facilities, deliver drugs to patients and perform temperature checks. In April 2020, doctors at a Boston hospital used Boston Dynamics’ quadruped robot called Spot to reduce health-care workers exposure to SARS-CoV-2, the virus that causes COVID-19. By equipping Spot with an iPad and a two-way radio, doctors and patients could communicate in real-time. 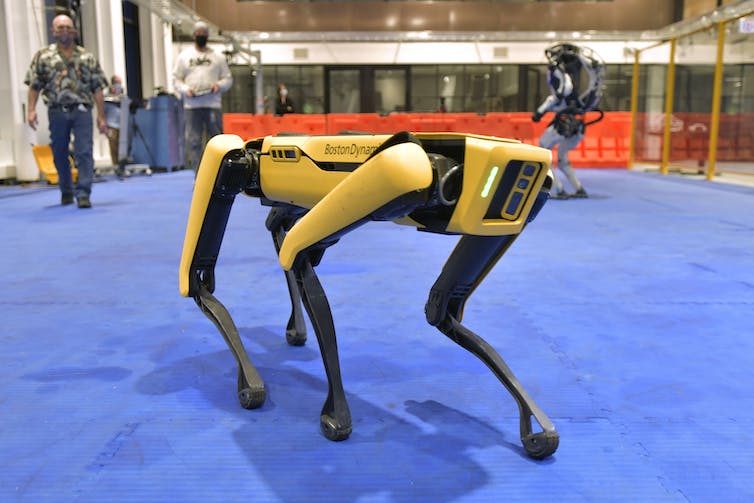 Marc Raibert, founder and chair of Boston Dynamics watches one of the company’s Spot robots during a demonstration. (AP Photo/Josh Reynolds)

In these instances, the use of robots is certainly justified because they can directly aid in lowering COVID-19 transmission rates and reducing the unnecessary exposure of health-care workers to the virus. But, as we know, robots are also performing these tasks outside of health-care settings, including at airports, offices, retail spaces and restaurants.

This is precisely where the issue of robot use gets complicated.

Robots in the workplace

The type of labour that these and other robots perform or, in some cases, replace, is labour that is generally considered low-paying, ranging from cleaners and fast food workers to security guards and factory employees. Not only do many of these workers in Canada earn minimum wage, the majority are racialized women and youth between the ages of 15 to 24.

McDonald’s has replaced cashiers with self-service kiosks. It has also begun testing robots to replace both cooks and servers. Walmart has begun using robots to clean store floors, while also increasing their usage in warehouses.

Nowhere is the implementation of robots more apparent than Amazon’s use of them in its fulfilment centres. As information scholars applying marxist theory Nick Dyer-Witheford, Atle Mikkola Kjøsen and James Steinhoff explain, Amazon’s use of robots have reduced order times and increased warehouse space, allowing for 50 per cent more inventory in areas where robots are used, and have saved Amazon’s power costs by working in the dark and without air conditioning.

Already marginalized labourers are most affected by robots. In other words, human labour that can be mechanized, routinized or automated to some extent, is work that is deemed to be expendable because it is seen to be replaceable. It is work that is stripped of any humanity in the name of efficiency and cost-effectiveness for massive corporations. However, the influence of corporations on robot development goes beyond cost-saving measures.

The emergence of Boston Dynamics’ Spot, gives us some insight into how robots have crossed from the battlefield into urban spaces. Boston Dynamics’ robot development program has long been funded by the American Defense Advanced Research Projects Agency (DARPA).

The development of Spot would have been be impossible without these previous, DARPA-funded initiatives. While the founder of Boston Dynamics, Marc Raibert, has claimed that Spot will not be turned into a weapon, the company leased Spot to the Massachusetts State Police bomb squad in 2019 for a 90-day period.

In February 2021, the New York Police Department used Spot to investigate the scene of a home invasion. And, in April 2021, Spot was deployed by the French Army in a series of military exercises to evaluate its usefulness on the future battlefield.

Targeting the most vulnerable

These examples are not intended to altogether dismiss the importance of some robots. This is particularly the case in health care, where robots continue to help doctors improve patient outcomes. Instead, these examples should serve as a call for governments to intervene in order to prevent a proliferation of robot use across different spaces.

More importantly, this is a call to prevent the multiple forms of exploitation that already affect marginalized groups. Since technological innovation has a tendency to outpace legislation and regulatory controls, it is imperative that lawmakers step in before it is too late.