Scientists use McMaster-based microscope to reveal solar system’s oldest fluids, which could hold the key to early life 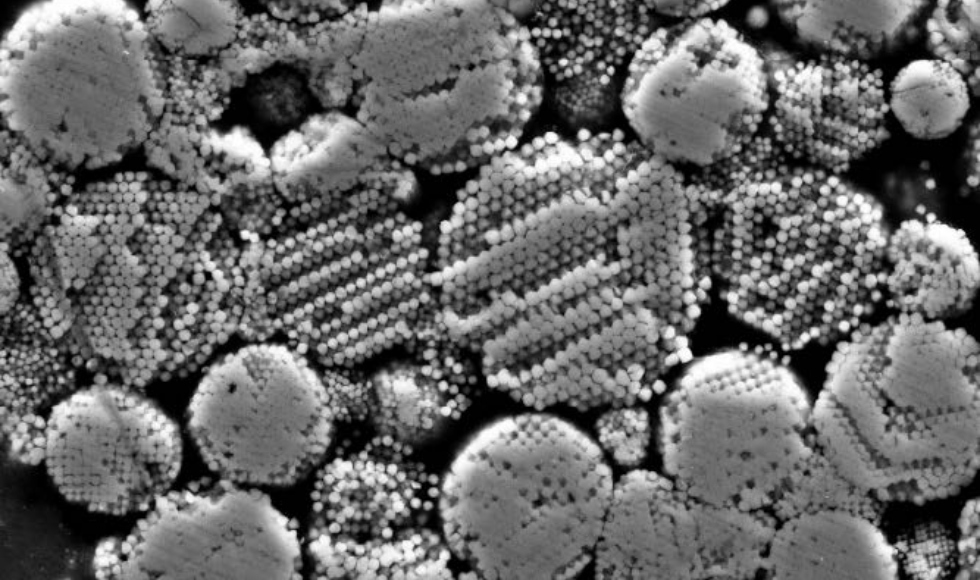 Magnetite framboids in Tagish Lake. The spherical interlocking structure is indicative of formation in water, allowing scientists the measure the chemistry of the remnant solution trapped between grains. Photo by Chi Ma.

The oldest fluids in the solar system could have supported the rapid formation and evolution of the building blocks of life, new research in the journal Proceedings of the National Academy of Sciences reveals.

An international group of scientists, led by researchers from the Royal Ontario Museum (ROM) and co-authors from McMaster University and York University, used state-of-the-art techniques to map individual atoms in minerals formed in fluids on an asteroid more than 4.5 billion years ago.

The technique is capable of imaging atoms in 3D to target molecules along boundaries and pores between magnetite grains that likely formed on the asteroid’s crust. There, the researchers discovered water precipitates left in the grain boundaries on which they conducted their ground-breaking research.

“We know water was abundant in the early solar system,” explains lead author Lee White, Hatch postdoctoral fellow at the ROM, “but there is very little direct evidence of the chemistry or acidity of these liquids, even though they would have been critical to the early formation and evolution of amino acids and, eventually, microbial life.”

This new atomic-scale research provides the first evidence of the sodium-rich (and alkaline) fluids in which the magnetite framboids formed. These fluid conditions are preferential for the synthesis of amino acids – the building blocks of life – opening the door for microbial life to form as early as 4.5 billion years ago.

The researchers were able to study features finer than 10 nanometres. (One nanometre is one billionth of a metre.)

“We were still able to accurately identify the elements within those features and measure their composition,” says co-author Brian Langelier, a research associate at the CCEM.  “Furthermore, we were able to visualize the distribution of these features within the material. This specialized instrument – the only one of its kind in Canada – is what enables us to examine the atomic makeup of a material in this manner. We are fortunate to have access to such powerful analytical techniques right here at the CCEM.”

The Tagish Lake carbonaceous chondrite was retrieved from an ice sheet in B.C.’s Tagish Lake in 2000, and later acquired by the ROM, where it is now considered to be one of the museum’s iconic objects.

“Atom probe tomography gives us an opportunity to make fantastic discoveries on bits of material a thousand times thinner than a human hair,” says White. “Space missions are limited to bringing back tiny amounts of material, meaning these techniques will be critical to allowing us to understand more about the solar system while also preserving material for future generations.”