Starting the conversation about social inequality and healthy aging 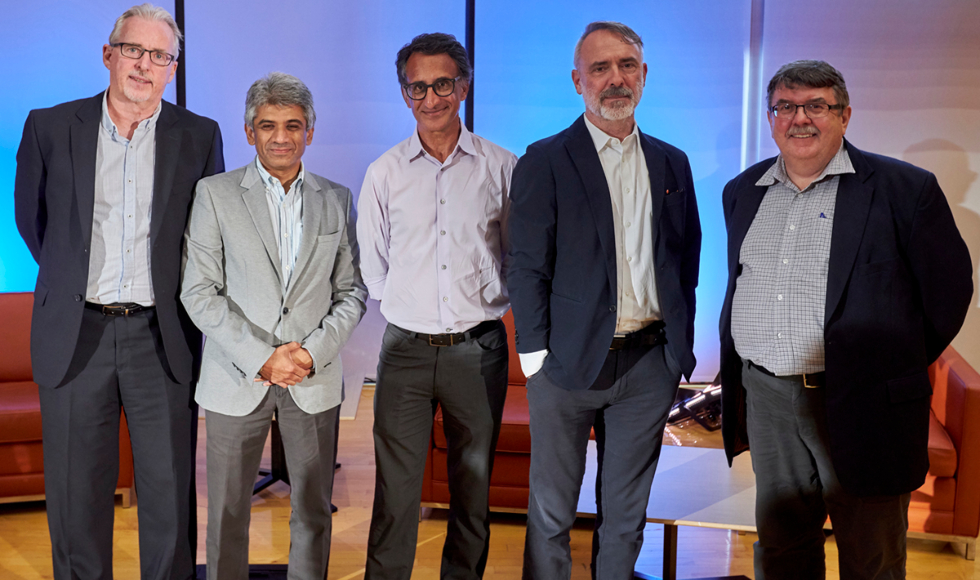 (For comparison, the average life expectancy in Canada overall is 82.8 years. In Afghanistan, it’s 64.6.)

Lay a map outlining socioeconomic factors and health outcomes over Hamilton’s neighbourhoods, and it becomes obvious that, in the third-largest municipality in Ontario, wealth equals health.

Social inequality and its impact on health and aging was the topic of a recent public panel discussion among three members of the McMaster Institute for Research on Aging’s International Scientific Advisory Panel.

The ISAC members  were joined by Steve Buist, a reporter for the Hamilton Spectator and the author of Code Red and Code Red: 10 Years Later, two investigative series in the Spectator that uncovered ongoing glaring disparities in health outcomes between Hamilton’s poorest and wealthiest neighbourhoods.

“A noted British inequality researcher by the name of Danny Dorling writes about ‘the scandal of our times,’ a reference to more than a century of severe socio-economic inequalities in the United Kingdom,” said Jim Dunn, McMaster’s acting associate vice-president of research, in his introductory remarks to the panel discussion. “But the sad reality is he could well be talking about Canada – or even Hamilton, for that matter, as the latest Code Red instalment so vividly illustrates.”

Joining Buist on the panel were S.V. Subramanian of Harvard University, David Hogan from the University of Calgary and Nicola Palmerini from IBM Accessibility/IBM Research.

Facilitated by MIRA director Parminder Raina, who also leads the Canadian Longitudinal Study on Aging, the panelists discussed questions ranging from the connection between geography and poverty, to the importance of primary care over repeated visits to the emergency room as well as the role of technology in reducing inequality.

And while aging and global longevity were the formal subjects of the talk, all the panelists talked about social inequality’s impact on health – and what needs to be done to combat it – in more general terms as well.

“To impact inequality, there needs to be a better focus on primary care, like family doctors, over episodic care, such as visits to the ER,” said Hogan, the academic leader of the Brenda Strafford Centre on Aging in the University of Calgary’s O’Brien Institute. “We also have to be advocates and aware of bias in the delivery of healthcare.”

At the heart of large journalistic investigations like Code Red and national long-term studies like the Canadian Longitudinal Study on Aging, are people, explained Harvard University’s Subramanian – and those people are affected by larger, systemic inequalities, often with long histories.

“As a geographer by training and a social epidemiologist by profession, I’ve learned that you can’t ignore history when talking about health outcomes,” he said, pointing out that a map of poverty in 1900s London looks much the same as a mortality map of the city today. “We now find this is unacceptable, because we live in times of such prosperity.”

To date, no one has repeated Buist’s type of investigation in another Canadian city – but that doesn’t mean that his findings aren’t relevant on a global scale.

“The challenges we are experiencing in equity and aging are important, but not unique to Hamilton,” he says. “It will be critical for us to consider these challenges at both a local and a global level. At MIRA we are supporting research initiatives that seek to understand the way these inequities impact the health of older people, and how society can enable healthy aging at a population level.”