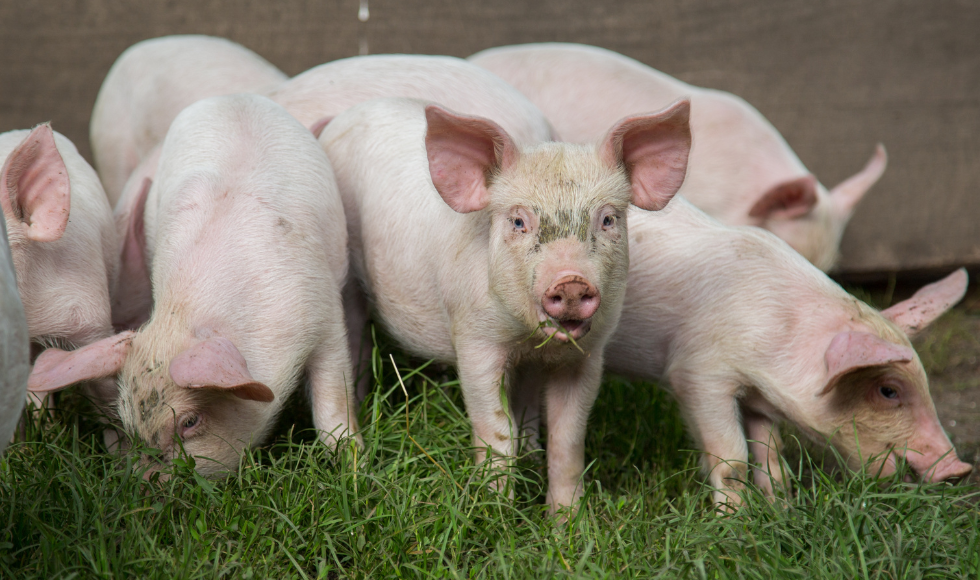 The prototype of a new form of rapid test to detect infections in farm animals has been proven effective in detecting a devastating diarrheal infection in pigs first identified in Canada in 2014, and can be adapted to test for other pathogens, and in other animals. (Shutterstock)

Researchers at McMaster University have developed a new form of rapid test to detect infections in farm animals, responding to the rising threat of dangerous outbreaks.

The prototype has been proven effective in detecting a devastating diarrheal infection in pigs first identified in Canada in 2014, and can be adapted to test for other pathogens, and in other animals.

The test, created by biochemist Yingfu Li and engineer Leyla Soleymani and their colleagues, uses a small sample of saliva to detect the chemical markers of infection.

It employs technology similar to a form of test the same research team recently created to detect COVID and other infections in humans. The human test is now moving toward the marketplace with public research funding and corporate support.

The animal test, once it becomes widely available, is expected to be a valuable tool for identifying and isolating outbreaks in farm settings, and for limiting the possibility of animal-to-human transmission of infections, which is believed to be the origin of the COVID-19 pandemic.

Disease outbreaks often require entire herds to be euthanized, with sometimes severe economic and environmental consequences. Canada is a leading producer of pork, with 14 million hogs on 7,600 farms.

“There is a really a clear need for this technology,” Li said. “There are many reasons why everyone – even people who don’t eat pork – should care about animal-infection surveillance.”

The work has been published in the influential German science journal Angewandte Chemie, which has identified it as a “very important paper” – a specific and rare distinction. The research was funded by the Natural Sciences and Engineering Research Council of Canada.

The new test could be a significant advancement in the concept of “One Health,” the growing understanding of the interconnection between human, animal and ecosystem health.

Creating such technology is part of the mission of McMaster’s broader Global Nexus for Pandemics and Biological Threats.

The researchers have designed the aptamer-based test to be portable, accurate and quick, allowing veterinarians and other animal caretakers to identify, isolate and treat infected animals quickly.

The test works by mixing a small saliva sample with a chemical reagent and applying the blend to a small microchip reader, which is in turn attached to a smartphone, which displays the results in minutes.

After consulting with experts in the field, the researchers chose to create their first animal test for Porcine Epidemic Diarhhea, a serious viral threat which can spread quickly through entire farms.

One of the greatest technical challenges in developing the test over the last four years was to extract the infection’s chemical signature from the thick and often contaminated saliva of pigs, using samples collected by veterinarian collaborators.

“The challenge here was that the samples we get from animal swabs are much less pure than what we get from humans,” Soleymani said. “You can’t tell a pig to rinse its mouth before swabbing it, so we had to adapt our process to accommodate these challenges.”