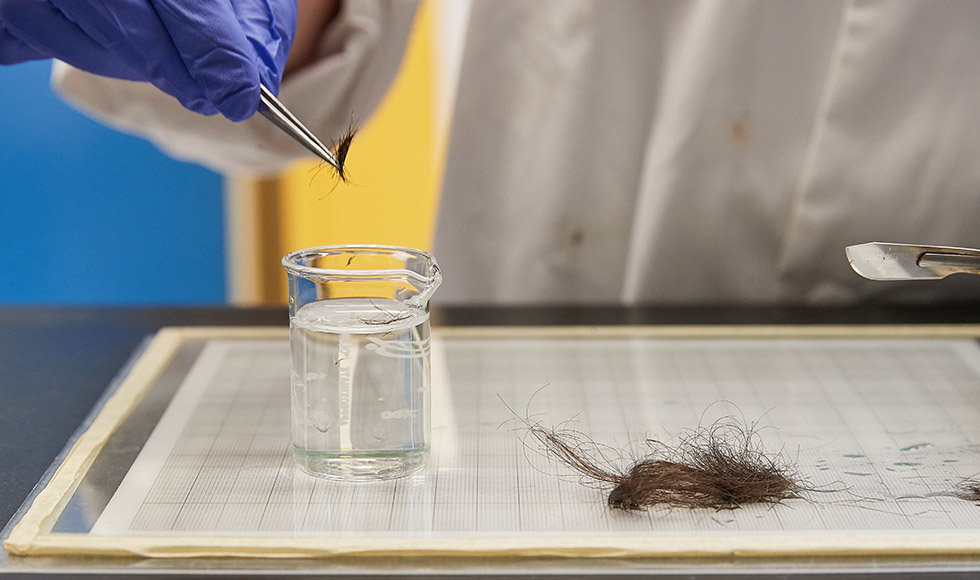 A recreation of the kind of test used to provide further evidence that lead poisoning was just one of many factors contributing to the deaths of the members of the Franklin expedition. Photo by Kevin Patrick Robbins.

A new analysis of human hair taken from the remains of one of the members of the Franklin expedition, is providing further evidence that lead poisoning was just one of many different factors contributing to the deaths of the crew, and not the primary cause, casting new doubt on the theory that has been the subject of debate amongst scientists and historians for decades.

All 129 crew members died when two ships, the HMS Erebus and HMS Terror, vanished in the Canadian Arctic in 1845, while searching for an elusive north-west passage to the Pacific.

Anthropologists from McMaster University used specialized techniques to measure lead concentrations in hair samples taken from the skeletal remains believed to belong to Henry Goodsir, a Scottish physician and scientist on the expedition.

Because hair grows incrementally—approximately one centimetre per month—researchers could specifically measure changes in Goodsir’s exposure to lead during the last weeks of his life.

“The lead burden we measured was calculated right until the time of death of Goodsir, which provides another new piece of information in this puzzle,” says Lori D’Ortenzio, lead author of the paper and a researcher in the Department of Anthropology at McMaster University.

The findings are published online in The Journal for Archaeological Science: Reports.

Researchers compared lead concentrations over three centimetres of hair, representing a three-month period before the death of Goodsir, who died sometime between September 1846 and early 1848.

The team also conducted an isotopic analysis to pinpoint possible sources of the lead, which likely included tinned food, medicines and lead pipes used for the ship’s water tanks. The tests confirmed Goodsir was exposed to identical or similar sources of lead as other victims found on King William and Beechey Islands, as determined in previous research studies.

While those lead levels were high by today’s standards, researchers found the toxicity was not high enough to worsen other mental and physical symptoms the men were suffering as they attempted to survive the harsh conditions.

“Our analysis also points to just how high lead exposure was in industrial Britain at the time,” says Michael Inskip, a visiting expert on lead isotope analysis in the Department of Medical Physics and Applied Radiation Sciences program. “People would have ingested lead everywhere: in food, wine and medicines, for example.”

And while lead burdens may have exacerbated the physical decline of the men in the final months of the expedition, by then, the fatal end was inevitable, say researchers.