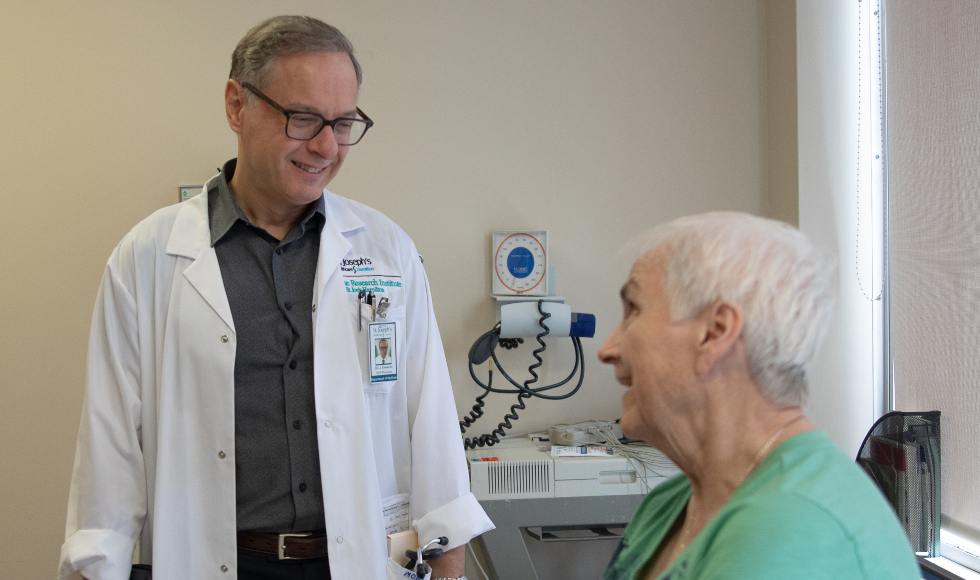 A Hamilton-led international study of more than 3,000 patients could set the stage globally for how patients can safely use blood-thinning medications before and after surgery to mitigate risk of bleeding and stroke.

The Perioperative Anticoagulation Use for Surgery Evaluation (PAUSE) study was conducted across 23 clinical centres in Canada, United States and Europe.

The four-year study found that a simple, standardized approach for minimizing risks in patients taking direct oral anticoagulants (DOACs) who required a surgery or procedure was associated with low rates of bleeding and stroke during and after surgery.

The findings were published in JAMA Internal Medicine.

“Previously, there was no standard approach for patients taking DOACs who required an elective surgery or medical procedure,” said James Douketis, principal investigator, professor of the Department of Medicine at McMaster University and a physician-researcher at St. Joseph’s Healthcare Hamilton. “The PAUSE study tested an approach in patients with atrial fibrillation, who are the most frequent users of DOACs. The study aimed to balance the benefits of DOACs in preventing blood clots with the risk of bleeding around the time of a surgical procedure.”

Commonly known as blood thinners, DOACs are medications used to prevent blood clots from forming or growing. They are typically prescribed to patients with atrial fibrillation, where an irregular heartbeat can cause blood to collect in the heart and form a clot. Current DOAC medications include apixaban (Eliquis®), dabigatran etexilate (Pradaxa®), and rivaroxaban (Xarelto®), among others.

While studies have shown DOACs to be more effective at preventing blood clots compared to warfarin, this relatively new class of drug has raised concerns during surgical procedures when their blood-thinning effects can lead to a higher risk of bleeding. Unlike warfarin, an older blood thinner that can be easily counteracted with vitamin K, DOACs do not have a countermeasure capable of reversing their effects.

“When we began the PAUSE study in 2014, it was estimated that over two million people in North America receiving DOAC therapy would need a surgical procedure each year,” said Douketis. “Knowing when to stop and restart these drugs is important so that the risk to a patient of developing bleeding or a stroke is minimized.”

The PAUSE study saw researchers testing an approach that included a guided interruption to patients taking a DOAC, followed by a resumption of DOAC therapy after surgery. The approach can be summarized as not taking the DOAC medication for one day before and after procedures associated with a low bleeding risk, and two days before and after a high bleeding risk procedure. This simple approach was easy to follow by patients and health care professionals, with over 95 per cent adherence. Patients were monitored for 30 days after their procedure.

The study also found that by stopping DOAC medication shortly before surgery, their residual anticoagulant levels dropped to an optimal level to perform surgery, without the need for heparin bridging.

“The significance of these findings cannot be understated – they will help inform perioperative guidelines for patients taking DOACs around the world,” said Jack Gauldie, vice president of research at St. Joseph’s Healthcare Hamilton. “The PAUSE study is yet another example of the global impacts coming out St. Joe’s and McMaster, Canada’s most research-intensive university.”

Funding for the study came from the Canadian Institutes of Health Research (CIHR) and the Heart and Stoke Foundation of Canada.

Read the study online on the JAMA Network website.

A program that asks patients ‘What matters to you?’

An innovative program is helping older adults, especially those who live alone or have mobility issues, receive timely and high-quality health care.