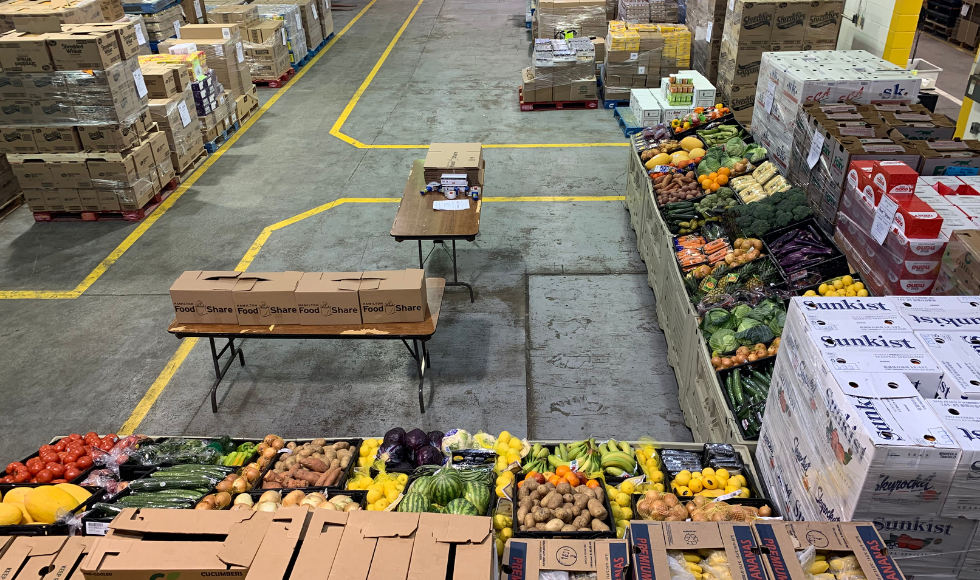 Researchers from McMaster, who collaborated with Hamilton Food Share, report about one-third of all low-income households in Hamilton use a food bank at least once a year and those households are commonly ones with children.

Researchers from McMaster University, who collaborated with Hamilton Food Share, report about one-third of all low-income households in Hamilton use a food bank at least once a year and those households are commonly ones with children.

While it may come as no surprise that household income is the key variable associated with food bank use, the analysis found gross income in households that rely on food banks is 40 to 60 per cent lower than an average low-income family.

“We see that food banks clearly serve households in the low-income population that have more members to feed and less income with which to feed them,” said Martin Dooley, professor emeritus in the Department of Economics at McMaster, who co-authored the research. “We’re talking about the poorest of the poor.”

The data comes from Hamilton Food Share, service coordinator for the city’s emergency food system. It was collected between 2015 and 2018 and was analysed in McMaster University’s Secure Empirical Analysis Lab (SEAL).

The data captured the introduction of the Canada Child Benefit (CCB) in 2016, which provided the basis for another report, written by McMaster graduate Melanie Yin, that found the program didn’t have a significant impact on food bank use.

“If we recall that food bank users are among the lowest income households in the city, even with the Canada Child Benefit it seems reasonable that these households chose instead to spend the money other essential categories, such as rent, internet services, utilities, and transportation,” said Dooley.

The analysis from both reports will be used by Hamilton Food Share for education and advocacy.

“Seventy-three per cent of food bank users are on government income supports such as Ontario Works and Ontario Disability Support Program. The analysis shows these clients live in a financially impoverished environment and suggest government income supports are not sufficient to provide the basic needs for a household that relies on these programs,” said Joanne Santucci, CEO of Hamilton Food Share.

“This dire outcome is attributable to the erosion of the social safety net and has led not only to an increase in poverty but also an increase in the depth of poverty experienced by families and individuals who count on that safety net to survive.”

Researchers plan to examine how COVID-19 and policy responses to the pandemic have affected food bank use, analyzing data from 2019, 2020 and 2021.

“We are so grateful for this partnership with the SEAL Lab at McMaster University for looking at this data,” says Santucci. “Poverty is a complex issue, and this shows it will take a myriad of initiatives that are equitable and scalable to pull households over the poverty line.”

McMaster’s Secure Empirical Analysis Lab (SEAL) is operated by the Faculty of Social Sciences, and hosts researchers from many fields including business, economics, health sciences, engineering and social work. It provides a safe environment for hosting confidential data and has statistical and qualitative data analysis tools.

Hamilton Food Share is the systems coordinator for the emergency food system operating in Hamilton, distributing food to 23 hunger relief programs across the city, supporting over 13,000 unique visitors every month.