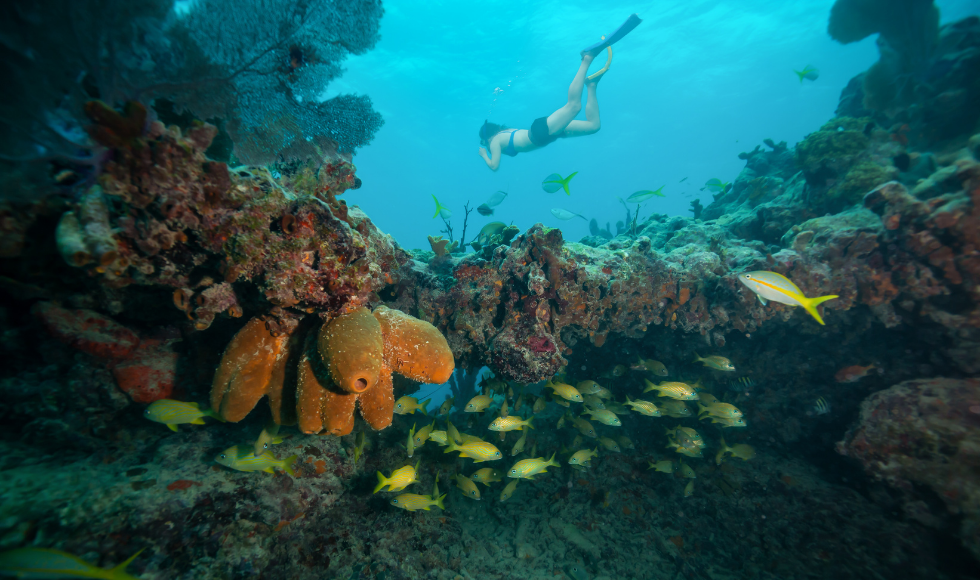 An international team of scientists, including a leading ecologist at McMaster, has found further evidence a common UV filter found in some sunscreens is killing coral and other wildlife.

The substance in question is a class of compounds known as oxybenzone.

“It turns out in every place there is a bay with corals that humans use, the corals have stopped reproducing. We think it’s the sunscreen,” said Michael Risk, professor emeritus in the School of Earth, Environment & Society.

“One drop of oxybenzone in five Olympic swimming pools of sea water shuts down coral reproduction.”

Risk co-authored a new paper, published this month in the journal Chemosphere, which concluded oxybenzone contamination poses an ecological threat to Hawaii’s Hanauma Bay, a culturally important, marine-protected area whose corals are a big draw.

The research team was able to write a series of hydrodynamic models that use oceanographic data to calculate how fast the bay flushes. They found it could take up to four days depending on the winds and the tides.

The model could be useful in mitigating some of the damage, offering a tool to figure out days and times to limit visitors and could be used in other environmentally sensitive areas or in disasters like oil spills.

While swimmers lathered in sunscreen are a large part of the oxybenzone contamination, the study found the beach showers are also a problem for the bay.

“Coral reefs as some of us knew them are already gone. What’s left will be gone in the next few decades,” said Risk, who has been diving since he was 16 and has seen corals dwindle and disappear over his lifetime.

Previous studies have found UV filters like oxybenzone also pose a hazard to marine life including fish, sea urchins and sea turtles. They are already banned in Europe and some other areas, but Risk and his colleagues want oxybenzone banned everywhere.

Risk also thinks there should be more research on how they are affecting life in other places.

“We should be looking at the impact in Canada, we’re not really looking at it yet but these compounds poison stuff in freshwater too.”