The dark side of swear words 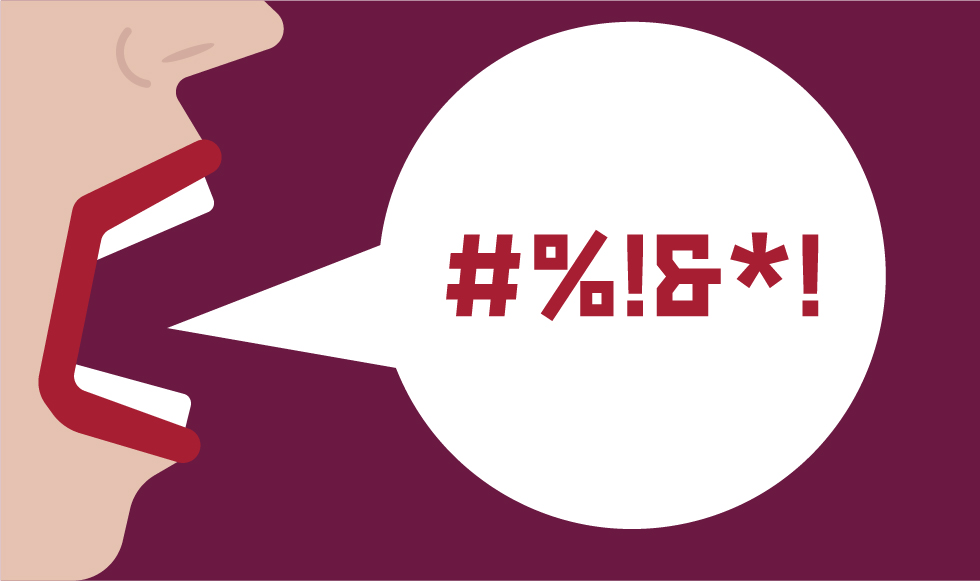 What’s the difference between saying a bad word when you stub your toe and calling another country a s**thole?

“Some swearing is perfectly justified – usually when something unexpected happens and we need to vent our frustration,” explains Stroinska, whose research focuses partly on the use of language in cultural stereotyping, politics and propaganda. “It communicates a strong emotional state that’s difficult to express in another way.”

But innocent – if salty – substitutes for “ouch” quickly become problematic when vulgar language paves the way for other types of offensive words: namely, hate speech.

According to Stroinska, who speaks Polish, English and German fluently and is proficient in a number of others, the increasingly casual and widespread use of swear words desensitizes us to other, more harmful uses of language.

“Swearing is one of the instruments of hate speech,” she explains. “By making it as omnipresent as it is now, we develop certain insensitivities, and we no longer really react to it. Things have to get more extreme to make an impact.”

In other words, get people comfortable with the f-word, and you’ll need to come up with even more offensive language to get their attention down the road.

“Using a word like “s**thole to refer to other countries is arrogance, it’s racism – it’s all those things,” she says. “It also demonstrates the lack of a filter, which is problematic.”

Read: Canadians much more polite than Americans on Twitter

It’s not surprising that insults as discourse are becoming more and more common. Stroinska points to the comment section of almost every online news article as evidence that many people are far more interested in being as offensive and personally insulting as possible than in intellectual debate.

And when swear words are used by a high-profile politician as an insult, that inappropriate behaviour is further legitimized.

“When a person in public office believes they can swear, it says they feel entitled to behave in a way that is not considered appropriate for most of us,” she says. “If they can do it, then it gives permission to others to do the same.”