The global effort to tackle the coronavirus face-mask shortage 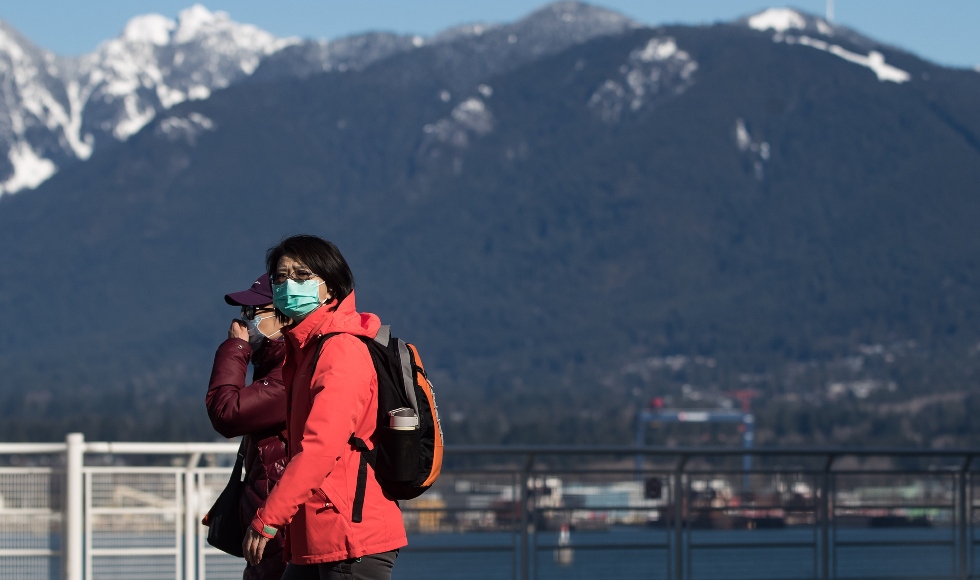 In recent weeks, two stories out of many about the shortage of face masks shed light on what our reliance on global supply chains means in the COVID-19 pandemic.

On March 6, notwithstanding the ongoing trade war between the two countries, the United States granted China tariff exemptions for medical products, including face masks. Although the U.S. does make face masks, more than 90 per cent of those sold in the country are produced elsewhere.

On March 8, a shipment of 240,000 face masks bound for Switzerland from Germany was blocked by the German government, which had unilaterally banned most exports of protective medical equipment on March 4.

Like many countries in the Global North, Switzerland relies heavily on global supply chains for face masks, which are normally considered of low value but have become a hot commodity with the burgeoning COVID-19 pandemic.

These stories exemplify how governments can work with global supply chains in positive ways or revert to state-centric policies that can jeopardize our capacity to collectively respond to a global health crisis.

Huge gap between demand and supply

The COVID-19 outbreak in China, which produces half of the world’s face masks, has generated a twofold challenge: there is a surging domestic demand and also a major disruption to the global supply.

The dire shortage in China, even in hospitals, was made horrifyingly obvious by the infection of more than 3,000 health-care workers. China was driven to try to import masks from many other countries, including Japan, India, the U.S. and Tanzania.

Italy, the worst-hit country in Europe, is getting 800,000 face masks from South Africa, but it still needs at least 10 million more.

In the U.S., the Centers for Disease Control and Prevention explicitly discourages individual mask hoarding and use, emphasizing the disastrous shortage in health-care settings. Some hospitals are also running out of N95 masks, which filter airborne particles, and they’re unable to get more as worldwide supplies dwindle.

Canada has had similar concerns since January. Unfortunately, the 55 million N95 masks that Ontario stockpiled after SARS were found to have expired before COVID-19 hit.

The World Health Organization (WHO) estimates that 89 million medical masks will be required every month. To meet that demand, a 40 per cent increase in manufacturing is expected.

The flow of face masks around the world

Since January, Taiwan, India and Thailand, all of which also make face masks, have banned their export, although, to help China, India later temporarily revoked its restriction. South Korea also banned the export of masks, as will Indonesia soon.

Outside Asia, Russia, Germany and the Czech Republic also stopped exports in early March. So did Kenya, where the first case of coronavirus was confirmed on March 13.

Yet there’s also been cross-border flows of face masks. Japan’s donation of a million masks to China, along with other supplies and contributions by Japanese companies, is being heralded as an example of good “mask diplomacy,” helping to undo generations of antagonism between the countries.

It’s worth mentioning that swift adjustments in the global supply chain have also taken place: Minnesota-based 3M and the Japanese technology giant Sharp are now producing masks, and to meet the shortfall some China-based companies in unrelated industries — such as Foxconn, a manufacturer of Apple iPhones — have switched some of their production to face masks. By early March, China’s output was 116 million masks a day, or 12 times what it was at the start of February.

Medicom Group, a Montreal-based medical supply company with a factory in Wuhan, has also expanded its mask production in France and at other factories in China; in Shanghai, it turns out no less than three million a day.

In the context of global capitalism, the folly of overlooking the centrality of economic globalization —this time in the form of the global face mask supply chain — in contributing and responding to a global health crisis is now obvious.

The infrastructure of economic globalization — supply chains, international airport networks and the internet — was designed primarily to enable the free and fast flow of commodities (such as capital, information, goods and labourers).

But it’s never been more apparent that we now need to turn our attention to its capacity to both facilitate and create risks to the flow of items essential to the public good, including health.

The borderless nature of COVID-19 and the global mask shortage require a more thoughtful and planned collaboration to deal with the vulnerability of supply chains to global disasters. It compels solidarity among nations and meaningful involvement of business actors, including transnational corporations.

Crises like this one are too large and complex for individual nation-states to tackle and solve on their own. We need to ask some critical questions.

How can we compel global businesses to be more fully involved in preparing for the next pandemic and to work with governments at various levels? Considerable resources have been invested to prevent a repeat of the 2007-08 global financial crisis. Why weren’t similar efforts made following SARS, H1N1 and Ebola?

What will happen to lower-income countries in the Global South when COVID-19 hits their weaker health-care systems, despite the WHO’s effort to allocate personal protective equipment?

As Ulrich Beck, a well-known German sociologist, has long argued, a globalizing society is a risk society. Far from being surprised by the pandemic, we must recognize that such risks are inherent in contemporary globalization — which means that it will, for certain, happen again. To better prepare, we need more systemic changes.