The U.S. broke a human rights convention, and we’re complicit 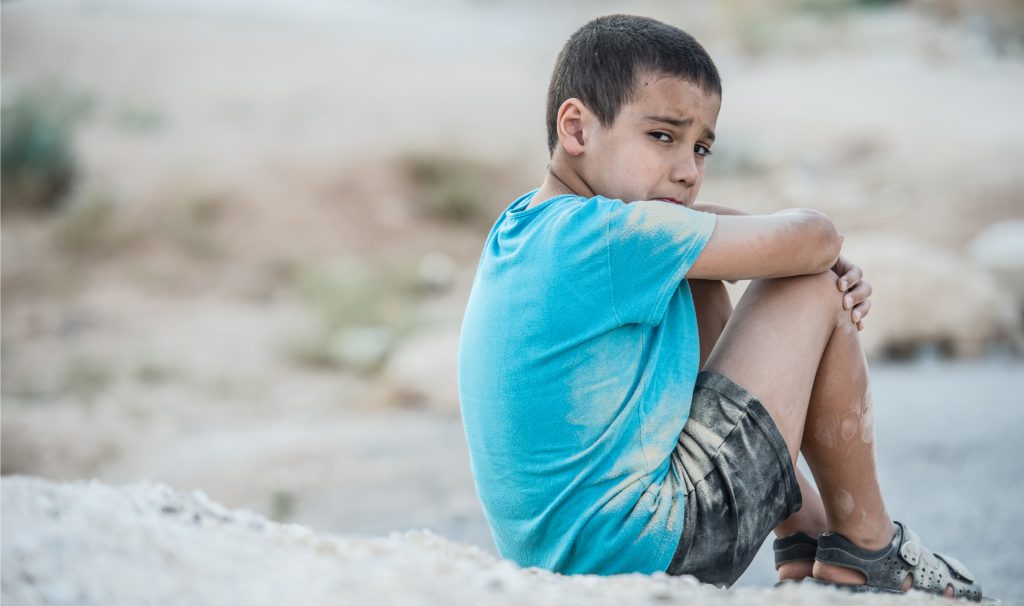 Splitting up families to discourage future border-crossers objectifies children, treating them like they are possessions rather than people with rights, says McMaster political science professor J. Marshall Beier. Photo from Shutterstock

By separating migrant children from their parents, the U.S. flouted several sections of the United Nations Convention on the Rights of the Child, McMaster political science professor J. Marshall Beier says.

In a paper that was accepted by the journal Children’s Geographies for publication before the U.S. administration began using family separation as a deterrent to unauthorized entrants in spring 2018, Beier also raises questions about how society perceives children and their rights.

Beier, whose research focuses on child and youth rights and political subjecthood, wrote the paper in the summer of 2017, after the Homeland Security Secretary at the time suggested separating families at the border to discourage others from trying to cross into the U.S. illegally.

“In March 2017, John Kelly, who is now White House Chief of Staff, floated the idea, and it was quite specific about taking children away to deter parents from coming to the U.S.,” Beier says. “It struck me right away that the deterrence angle was really new and important.”

Soon after that, the administration backed off and the idea seemed to disappear from view for a while.

This spring, Attorney General Jeff Sessions revived the idea “and when he did, he spoke specifically about it as a deterrent,” Beier says. “That was in the initial phases, before they started talking about it as something they were ‘forced’ to do.”

In May and June this year, U.S. officials took more than 2,000 children away from their families so the adults could be jailed, part of a new zero-tolerance approach to prosecuting irregular border crossers. The policy drew criticism from the UN for interfering in family life and violating the rights of the child.

Homeland Security has used a similar policy on an ad hoc basis for years, taking children from their parents and holding them separately as a warning to others, Beier notes. “They wanted the word out and they wanted parents not to try to cross the border again,” he says. “It’s called the Consequence Delivery System, and the separation is framed as a consequence of the parents’ actions.”

But under the UN convention, the ultimate arbiter when it comes to separating children from families is whether the separation is in the child’s best interest, Beier says. That argument is paramount and always applies.

“It was interesting that first Kelly, and then Sessions, spoke on the record, as authorities of the state, saying the reason for border separations was deterrence,” Beier says. “Kelly has since said that they are separating families to protect these children, but initially, there was no pretense that it was in the interest of the children.”

Another problematic aspect of the U.S. policy is how it furthers the notion that children are not acting subjects with their own rights.

“We’re all complicit in that one,” Beier says. “The U.S. can use kids as an object of value in deterrence policy because parents love and cherish them, but also because parents are in a position of being responsible for them, rather than to them. That kind of objectification makes it hard to see them as rights-bearers.

“And that’s how the state comes in, and how the state positions itself as taking responsibility for them, rather than to them as rights-bearing subjects.

“So one of the things we have to be introspective about when we think about what’s been happening on the U.S. southern border is the part we play, in everyday ways, in the subjugation of children.”

The UNCRC came into force in 1990, after being shaped, in part, by Washington under presidents Ronald Reagan and George Bush, with the U.S contributing to sections on children’s rights to family unification.

Even without ratification, for all intents and purposes the convention is still binding, Beier explains.

The U.S. did, in fact, sign the convention. “In 1995, after it had come into force, the Clinton administration signed it in its current form — word for word, all of its articles,” Beier says. “That’s a public acknowledgement that the administration thought it was right, and that speaks to whether it’s a customary norm that you obey even without having ratified it.”

“But if a state said, ‘Torture is part of our culture,’ and insisted they didn’t consider it a bad thing, they could be exempt as a persistent objector.

“So the question is whether the U.S. is considered a persistent objector on the UNCRC. And that’s a really tough sell.”

The UN convention also specifies that children can only be taken from their parents through due process, Beier says. “And the way the U.S. is doing it, there’s no opportunity for due process, or these parents don’t have access to the process,” he notes.

“Parents in detention or who have been deported can’t attend hearings and can’t meet the legal standards for caregiving necessary to prevent courts from terminating their parental rights. This can and does lead to children being permanently separated from their parents.”