The world’s a stage — for all 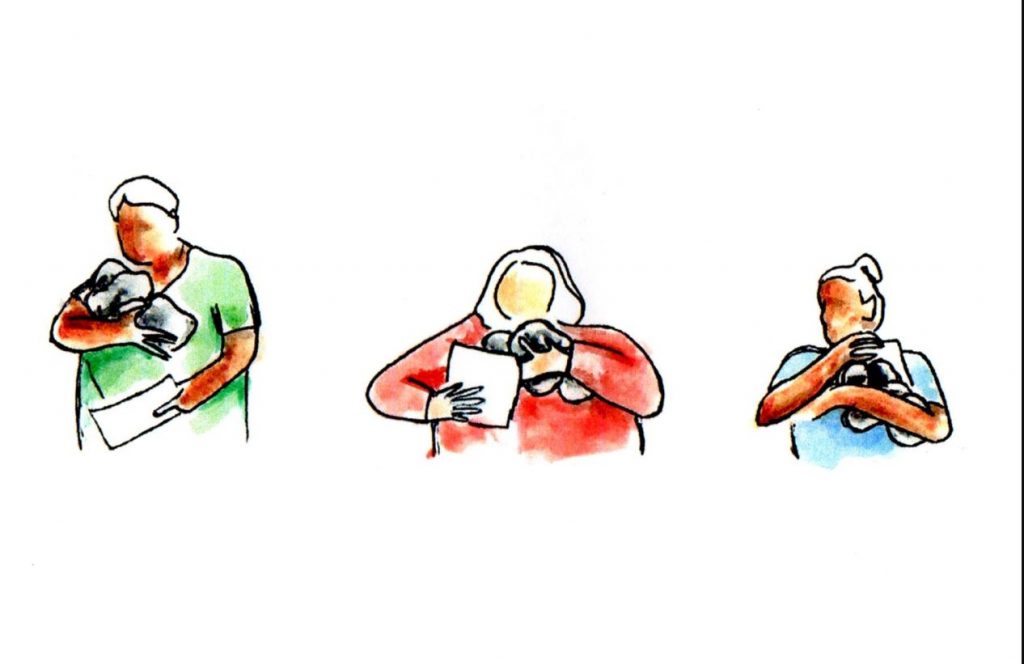 Sinding and her colleagues in the Faculty of Social Sciences had been playing with an idea: how to use the arts both to teach students in a new ways and to foster community engagement by creating a platform for stories of experience — stories that are often tokenized or marginalized in public discussions about the future of the city.

Theatre seemed like an ideal way to do that. Without any experience in creating theatre, though, the idea was just that: an idea.

Graham and Sinding talked about using the arts in community development work – and with Graham’s research focusing on using theatre for social change, as well as her experience working with theatre groups, the collaboration couldn’t have been more perfect if it had been scripted.

The project uses the collaborative creation of a play to amplify the voices of people in Hamilton often marginalized in public debate – those who may have experienced homelessness, for example, or those who are being left behind or pushed aside as the city grows and gentrifies.

“We’re trying to answer the question, ‘What does it mean to be a voice with legitimacy?’” Sinding says. “What does it take for you to appear meaningfully in the conversation?” Working with community partners like the Good Shepherd Centres of Hamilton, the Social Planning and Research Council of Hamilton, and in collaboration with the Hamilton Community Foundation, local theatre artists and researchers from a variety of programs at McMaster, Graham and Sinding recruit five to six participants to develop a play imagining how Hamilton could change for the better 10 years from now.

Graham and Sinding have worked with three groups so far: two as part of a pilot, and the most recent as part of the official project. The groups determine what the themes of the plays are and, so far, have explored issues related to housing, community activism and the accessibility of social services.

“We start with a story circle, where everybody brings in an object that will help them tell the story of what life would be like for someone like them in that much better city 10 years from now,” explains Graham. “We don’t want this to simply be an immediate problem-solving exercise – we want people to imagine a collective future together.”

From there, participants do a series of exercises that explore the ideas of what their lives might look like in a better city. Then Graham and the artistic team propose a basic story structure and visual style, and the group improvises scenes based on that. From those improvisations, Graham writes up a basic script.

The latest production, called When My Home Is Your Business, explored the uneasy relationship between landlords and tenants, and the tensions that exist when one person’s home is another person’s investment. Both Graham and Sinding point out that the plays are fictional – while the themes may evolve from participants’ personal experiences, the stories they eventually present on stage are not simply re-stagings of real incidents in their lives.

“Participants have told us that this gives them a mechanism to tell their stories without exposing too much of themselves personally – because many people have already had to tell their story over and over to social service providers, and that can be painful,” Graham says.

“If the stories were real, the audience would be concentrating on the individual situations. This way, they start seeing the bigger social and cultural conditions that make these situations possible – and start to think about how conditions would have to change.”

Of course, part of theatre is performing for an audience – and those performances are also part of Sinding and Graham’s research. As well as performing for “friendly” audiences made up of people with a commitment to the issues presented – community supporters, researchers and past participants – the group also performs for social work students, giving them a unique perspective into their own roles in working with marginalized people.

It’s not just social work students who learn something. Graham and Sinding say participants consistently say the program gave them the tools to tell their stories and express their perspectives in a way that is both dignified and authoritative.

And, Graham points out, bringing a diversity of voices – ones that may not often get listened to – into the public sphere and helping them be heard is more important now than ever.

“In this age of populism, when too many media and political figures try to exploit the dissatisfaction of people who are feeling unheard, it is crucially important to create forums where marginalized voices can take their rightful place in public discussion,” she says. “We are working to create events where people from different social locations can speak to, not for or at, each other, and where nobody feels like they’ve been written out of the discussion before it even starts.”