Travel Scholarship winner says when it comes to Open Access, conversations are key 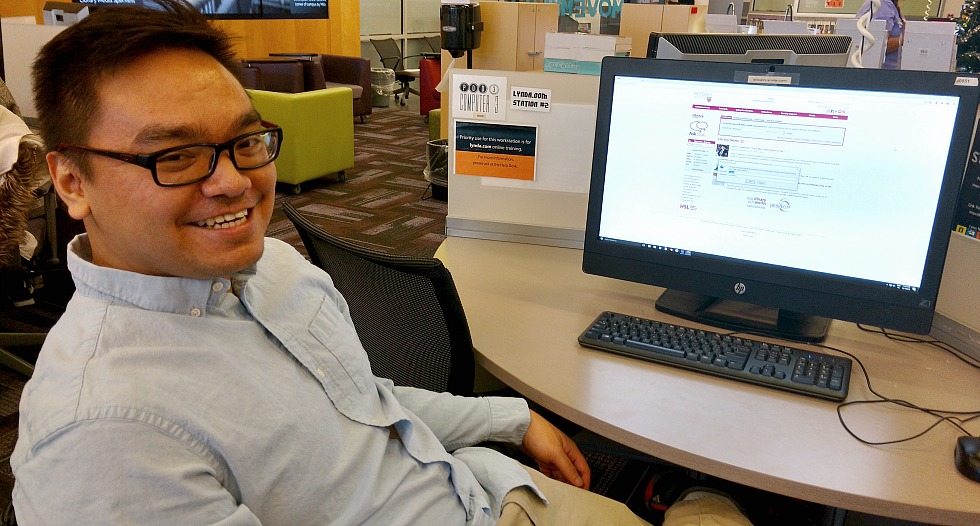 Mike Galang, a first year PhD student in the Department of Psychology, Neuroscience and Behaviour attended OpenCon, an international conference on Open Access after he was named this year’s recipient of McMaster University Library’s OpenCon Travel Scholarship.

It wasn’t long ago that Mike Galang, a first year PhD student in the Department of Psychology, Neuroscience and Behaviour, was learning the basics of Open Access, a global movement to make scholarly articles publicly available online, free of financial or legal barriers.

But after attending OpenCon 2016, an international conference on Open Access (OA), not only has Galang become a passionate advocate for OA publishing of scholarly articles, he’s looking for ways to spread the word and engage with other graduate students on this important issue.

Galang attended the conference, which brings together early career researchers and scholars from around the world to learn about and advance OA, Open Data and Open Education, after he was awarded McMaster University Library’s OpenCon Travel Scholarship.

Galang spoke to the Daily News about his experience at OpenCon, held recently in Washington D.C., and about how he hopes to start a dialogue on Open Access with other students at McMaster:

Why were you interested in attending the OpenCon conference?

I wanted to go to Washington D.C. so I could talk to people and have meaningful discussions to both broaden my understanding about these issues and also understand what I could do when I got back to McMaster.

OA is important for a number of reasons. A lot of public money goes into scholarly research and, right now, the public can’t always access that research. Plus, the rising cost of subscription fees means that smaller universities around the country may not have access to certain journals.

It’s also a broader socio-political issue in that knowledge is localized in certain countries in North America, Europe, Australia, and countries like Japan, but if you’re doing research in Africa, or South America– places that don’t have access to the same breadth of scholarly journals because of lack of funding or other reasons– then you’re missing out. You never know who the next big researcher is going to be, so we need to broaden the net.

The entire OA movement is important because it brings the culture of scientific discovery back to its roots of sharing, which is better for the scientific community as a whole. OA is about fostering the spirit of collaboration and openness to ultimately accelerate the pace of discovery and reduce false discovery, which can only be achieved with transparency and collaboration.

What did you learn from OpenCon?

It showed me there are a lot of people advocating for this– that you’re part of a team and what you do can lead to real impact. I enjoyed hearing from people who went to OpenCon for the first time a few years ago and now they’re coming back and saying, “here’s what I did. Here’s what I accomplished.” In two or three years, I want to be there talking to someone like me saying, “Here’s what I’ve done to support OA over the past few years.”

How do you think your work will change now that you understand more about Open Access?

I plan on choosing OA options as much as I can. If we look at a journal and see that the OA fee is too high, I want to try to find a way to make the research publicly available by posting a manuscript version­ which belongs to us­– or publish the research in an open access journal.

Also, having a good data management plan is important. Knowing where my data is stored so, in ten years, if someone asks me for data from a paper I publish now, I can go back and find it. These are small things, but it’s just good practice.

What are your next steps?

I’ve found that there are a good number of students interested in these issues, but the problem is we never talk to each other except during Open Access Week. So I’ve been talking to another student about starting a club here at McMaster– creating a structure where we can talk about the things students here have done to move forward on OA.

Ultimately, this is about conversations and I think having this formal club is a good way to have these conversations because now we’ll have a place where students who are interested can come by.

What would you say to students thinking of applying for the Library’s OpenCon Travel Scholarship next year?

It was a really great experience. For any students thinking of applying next year, I say that even if you don’t think you have the best understanding of OA right now, but you’re interested in these issues and want to take action, you should still go for it and apply. The first thing they said to us at OpenCon was, “If this is your first year, you probably feel like an imposter, look at all these people who know what they’re talking about.” But you’re not alone. You go to that conference because you want to learn, not because you know everything.

Political parties protect themselves rather than voters in refusing to be bound by privacy laws, write Sara Bannerman and her colleagues at York and Brock universities.