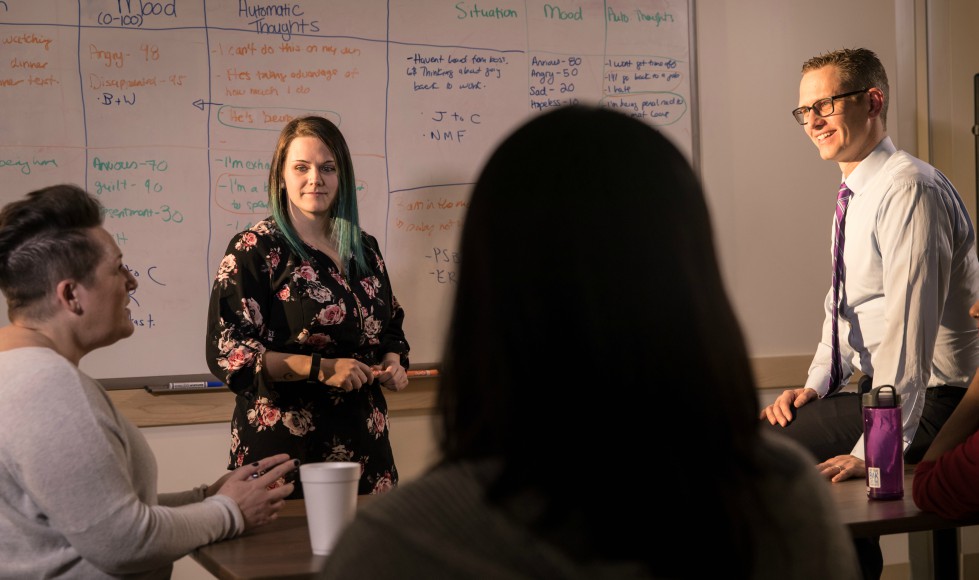 If you ask Ryan Van Lieshout what he wants to achieve, he doesn’t hesitate for a second. “I want to know how to build a better brain,” he says, starting a rapid list. “I want to give children the best start in life. I want to help new mothers who are struggling do what they want to do.” He pauses and smiles. “Actually, that’s all one thing — I like to be efficient.”

Van Lieshout, McMaster’s Albert Einstein/Irving Zucker Chair in neuroscience and Canada Research Chair in the perinatal programming of mental disorders, explains that those things are all closely intertwined. Our brain’s plasticity — its ability to change — decreases with age and time. So he figures the best time to help reshape someone’s brain and mental health is when they’re a baby. And babies’ health outcomes are closely tied to maternal mental health and well-being.

So, he says, if you can help a new mother identify and treat her depression, for example, you’re ultimately improving mental health outcomes for both mother and baby.

With those outcomes in mind, Van Lieshout wants more widespread detection and prevention or treatment of post-partum depression. But it can be scary for a woman to go see a psychiatrist when she’s pregnant or when she’s just had a baby.

That’s why at least three of his current projects involve “task-shifting” — training nurses and peer counsellors to identify and address depression in new mothers.

“If you’re a new mother and you’re struggling, do you want to talk to someone who looks like me — a guy you’ve never met before in a suit, a psychiatrist,” Van Lieshout muses, “or to the peer or public health nurse you’ve already formed a rapport with, and who you’ve already discussed your entire post-partum experience with?”

Van Lieshout led a program a year ago to train public health nurses in the Niagara Region to deliver cognitive behavioural therapy (CBT) to new mothers who might need support.

He has also joined forces with Kids Can Fly, a non-profit organization based in Brantford, Ont. Van Lieshout is training local women — who themselves once had post-partum depression — to provide CBT to new mothers.

“These women have been through it themselves – they are living proof that you can get through this with help,” he says. “And if we can harness the power of how women support one another, we’d be foolish not to use it.”

Van Lieshout says he became a psychiatrist because he’s curious and nosy. “I like to ask people questions — there are so many factors that affect people’s mental health. I just want to know about them.”

But there’s more to it than that. Van Lieshout’s grandmother saw a psychiatrist after two of her children — his father’s siblings — took their own lives. “It helped her get back her life,” he says.

And his work has driven the same point home for him again and again. “There’s no more profound experience than helping a woman who is struggling find a way to be the person and the parent she wants to be.”

Sometimes, Van Lieshout says, women feel such a strong sense of shame that they’re struggling to cope after having a child, that by the time they’re driven to seek help, they can be very unwell.

“It’s a privilege when someone shares part of their life that they’ve never shared before, and trusts you when they’re vulnerable,” he says. “You treat them, support them, work with them in their journey to recovery. Seeing them re-engage with their children, their families, instead of feeling vulnerable and protecting themselves, opening up to them again.”

And that’s the impetus for the task-shifting: “If I can do this with one person, imagine helping many, many women,” he says. “I think if we can help a child just by treating their parent, and do it again and again with every woman who needs it, that’s truly population health.”