University education is ripe for disruption 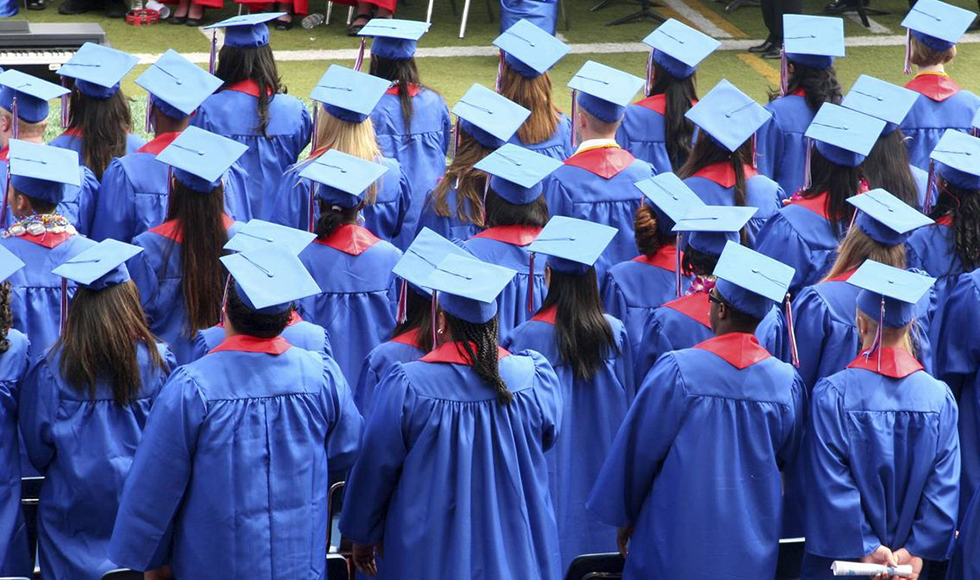 BY Stephen Elop and Ishwar Puri

The internet disrupted information. Cellphones, e-mail and social media disrupted communication. Ride-hailing apps such as Uber and Lyft have disrupted cab companies. On-demand food-delivery apps such as Skip the Dishes are upending the restaurant business, while Airbnb does the same to hotels. Netflix is reinventing television before our eyes.

There are opportunities for those who are creative, agile and ready to take risks.

History shows that gold-rush opportunities to create the next great startup unicorn are exceedingly rare, but companies that disrupt and reinvent themselves will survive, renew and continue to thrive.

To put it bluntly, hardship and failure await those who do not pursue change before change comes to them.

Only those who have no competition can stay the course – which means virtually no one, apart from natural and artificial monopolies.

When you are used to doing things a specific way and measuring the outcomes in certain ways, self-disruption is the act of challenging those fundamental tenets with an eye to improving outcomes for customers and hence staying competitive.

Microsoft disrupted itself and the software industry not only by thinking outside the box but by throwing the box away altogether. The company once sold Office and other software in boxed packages in retail electronics stores. Instead, it decided to make its products available over the internet, including some free cloud-based versions.

This no-box approach was very different from the traditional way of doing business at a time when the company was operating from a position of strength, before it was disrupted by others. There was resistance to change within the company, but ultimately the move proved to be very successful. It allowed Microsoft to continue to prosper, laying the foundation for many additional cloud-computing innovations.

Disruptors have been compared to viruses that must survive the white blood cells of resistance within established businesses and institutions.

Candidates for self-disruption now include universities – traditional institutions that face limited competition. For too long, the prevailing view has been that public universities should be insulated from disruptive change.

But everything is up for review. The value of the exchange of public and private money for the knowledge and skills we are expected to develop in our students is under constant scrutiny.

University education is ripe for disruption.

We are expected to equip our graduates with the ability to lead our society through changes and challenges we have yet to appreciate. If we expect graduates to succeed in careers that will constantly be reshaped and changed, then we had better get them ready now.

The massification of education, especially after the Second World War, placed dozens and sometimes hundreds of students in a classroom in front of a single instructor. Sometimes that person assumed the role of a performer delivering information, becoming less of an educator who teaches through dialogue and mentorship. Students often became audiences rather than participants in their own learning.

At the same time, disciplinary boundaries and the demand for specialization have isolated students into hard categories. This has rendered graduates less worldly and underequipped to thrive in a fast-changing world, where they must face complex problems that demand multiple professional and disciplinary skills.

We must teach students how to engage with disruption by disrupting our own model of education, but we do not advocate throwing it all out and starting over. That would be neither practical nor responsible.

Instead, we point to what the best companies do: set aside resources to generate and test new ideas while continuing to deliver on our core promises. Then we take the proven ideas and grow them until the best new ideas become the norm.

There will always be a need for straightforward, didactic lectures, which in certain contexts remain the most efficient means of imparting information. But they must compete with better, more dynamic forms of teaching and learning – the kind that stimulate instructors and students alike and remind them that they are all engaged in scholarship, including continuous, self-propelled learning and reflection.

Students must tackle problems directly, in real time, in diverse teams, in labs and work spaces where mistakes are not failures but lessons, where the only failure is in not learning and doing better.

They must work together and listen and lead and find and use evidence to support their ideas. They must learn, too, that the borders between themselves, their work and the subjects they study are not barriers but structures that can be torn down and put back together in new, more useful ways that generate utility, optimism and prosperity.

We must help students learn to balance risk and reward. Disruption is inevitable and it is constant, but predictability and reliability are still important, so we must keep in mind that we are changing education while teaching people who are making huge investments in their outcomes.

Students rely on us to guide them toward careers with meaningful, useful and competitive credentials, so we must make change not recklessly but responsibly – remembering, of course, that failing to disrupt the prevalent model of university education would be irresponsible.

This article was originally published on The Globe and Mail. Read the original article.