Using archaeology to understand the past, present and future of climate change 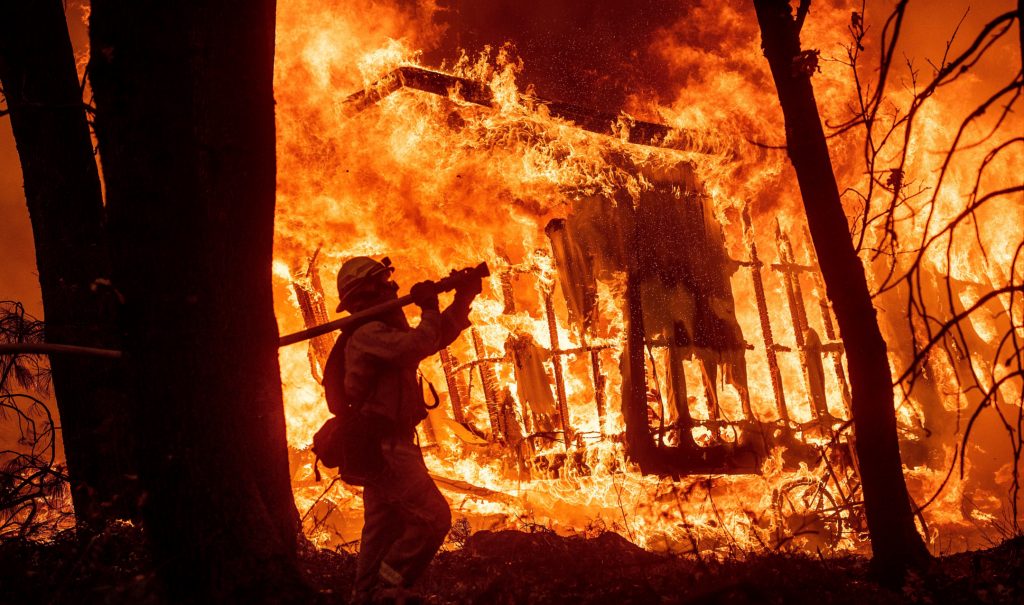 A photo from the tragic “Camp Fire,” the most destructive wildfire in California history, shows a house burned down to its foundation. Such images are difficult to process, particularly with 86 people dead.

The image got me thinking about what archaeological research can tell us about disasters and climate change. As an archaeologist, I seek to answer questions about the choices we make, and the things we own and love.

The blackened clay pots in the image above mean a lot to the owners; they are a reminder of the two years their parents spent in Ethiopia in the 1960s, and the many other family objects that did not survive the fire.

In my field work in the high Andes, I have excavated many burned houses, often with layers of ash and broken, burned pots that I study in my laboratory at McMaster University. Although the people I study died long ago, I still wonder about how the inhabitants felt as their houses burned and about the things left behind.

Despite the difficulty of studying ordinary but meaningful objects associated with traumatic events, archaeologists have long studied the impact of disasters such as tsunamis, large-scale El Niño events and volcanic eruptions. Researchers have worked to understand large-scale tragedies like Sept. 11, 2001 and the 2003 Station nightclub fire in Rhode Island.

Archaeologists can help with recovery and explore how communities can change after disasters. For instance, Shannon Dawdy has explored the effects and after-effects of disaster. Dawdy has studied the recovery in post-Katrina New Orleans to consider the material, political and emotional processes that continue to impact places after the disaster. She notes that the archaeology of the majority African-American Lower 9th Ward is distinct, and reveals power structures in New Orleans, where destroyed homes were left exposed for many months, allowing artifacts to sink into the layers of Earth.

We might similarly consider vulnerable populations in California before and after the fires. Although California is one of the most expensive real estate markets in the country, the destroyed community of Paradise was considered an “oasis in the state’s punishing housing market.” Reports suggest the fires in California have produced a new housing crisis.

The fires in California were not caused by climate change alone, but it was an important factor. Archaeologists have been studying climate change for more than 150 years; much of our data is a “paleoclimatic and paleoenvironmental archive.” Climate disaster can both reveal the past and threaten the past, whether it’s in melting glaciers, wildfires or droughts.

Archaeology in the wake of more recent climate disasters is difficult, and is driving some to develop new archaeological methods and innovative inter-disciplinary techniques. But interpretation of our findings is equally challenging. Although the gradual changes of climate are constant, climate disasters can incur damage over the course of days, or even hours.

How do we relate high-resolution climate proxies — those physical indicators of past conditions — to daily life in the past?

In the Lake Titicaca region of Bolivia, researchers continue to model South American climate histories. Here the emergence (around AD 400) and “collapse” (around AD 1100) of the ancient city of Tiwanaku (a UNESCO World Heritage site) overlap with periods of climate change.

Archaeologists have drawn on sediment cores to determine lake levels, ice-core data from the the Quelccaya Glacier that’s disappearing due to climate change, and a large number of radiocarbon dates from sites in the region to understand the impacts of climate.

Some argue that drought, the salinization of soils and a potato cyst may have undermined the raised field system that the state relied upon.

This landscape also shows the results of more recent human choices, including urbanization and pollution and the impacts of human-driven climate change. For instance, the glacial peaks that have long held spiritual significance to the Indigenous Aymara are now bare of snow.

The region has also suffered dangerous droughts, in which the urban and rural poor were particularly vulnerable.

Archaeology of the future

Archaeologists consider such ongoing threats. With the UN Intergovernmental Panel on Climate Change (IPCC) warning that we have 12 years to avoid dire consequences, archaeologists recognize the importance of communicating their understandings of ancient landscapes and the threats that face particularly vulnerable populations. Archaeologists work in the present to understand the past, but also to speak to future crises.

For instance, archaeologist Ken Sassaman studies how ancient Indigenous peoples on the northern Gulf coast of Florida lived through 5,000 years of climate change. They navigated dramatic sea-level rises and shoreline retreats (at a rate of a football field every five years) by moving their ancestors (in what must have been an emotional event), shifting their diets and even signalling climate threats to future inhabitants.

Explicit warnings sent from the past are also seen in the 17th-century “hunger stones” along the Elbe River in the Czech Republic that warn of future droughts.

Like people thousands of years ago, archaeologists use their knowledge of the past to warn of future climate crises. For instance, Sassaman has met with legislators in Florida, a state that officially denies the reality of human-caused climate change.

An interdisciplinary team of archaeologists, ecologists, geomorphologists, botanists and the Amah Mutsun Tribal Band from Berkeley, Santa Cruz and the San Francisco Estuary Institute shows Indigenous peoples of California have a long history of landscape burning, often choosing to burn to create and maintain productive grassland/shrubland landscapes. Some of this work is informing policy discussions and novel forms of fire-management. This research shows that the biodiversity, topographies and Indigenous histories of California require local solutions.

Archaeologists have a role to play in the decision-making around how we respond to future climate disasters. In our work, as we consider the relationship between short-term events and long-term processes, we can help navigate our uncertain futures. As the ancient examples from Bolivia and Florida demonstrate, climate doesn’t determine our futures. Our choices have always mattered, and they still do.

Andrew Roddick is an associate professor of anthropology. This article is republished from The Conversation under a Creative Commons license. Read the original article.