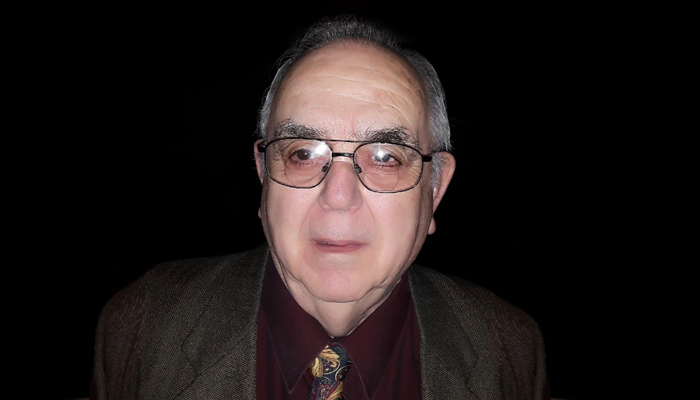 One of Canada’s first university lab animal veterinarians is being honoured for championing the ethical treatment of research animals over two decades of volunteer work.

Andy Fletch, who oversaw animal welfare at McMaster University for 15 years until his retirement in 2006, received the 2021 Harry C. Rowsell Award for Outstanding Service to the Canadian Council on Animal Care (CCAC) this month.

“I’m obviously very honoured by it. I knew Harry Rowsell as a professional colleague and a mentor who lent my career so much support, encouraging me to specialize in laboratory animal medicine,” said Fletch.

“Harry advised me to apply for the position at McMaster in 1991, when I needed a change of career.”

Fletch juggled his full-time job as the university veterinarian at McMaster with his CCAC volunteer work, inspecting labs across Canada to check if they met ethical treatment and welfare standards. This included ensuring that no animal suffered unnecessarily, as well as being well cared-for and disease-free.

Passing a CCAC inspection meant labs could be certified as meeting the organization’s ethical standards – a key condition for federal research funding.

Volunteering for the CCAC also helped Fletch make improvements at McMaster. For example, after seeing how one facility used clean room technology to keep its animals disease-free, he had it installed at the university’s labs.

During his career at McMaster, Fletch was also involved in Canadian Institutes for Health Research audit committees and biosafety and animal care committees.

At McMaster, Fletch and his roughly 40 staff supervised the care of hundreds of animals, from mice to rats to bats. His team was frequently called upon to provide solutions when faced with ethical or practical issues involving research animals.

Fletch believed the best way to improve the ethical care and use of animals in science was through continued education and training of veterinarians, technicians, animal care committee members, facility staff and managers and scientists. He also helped educate students in the community by making presentations in Hamilton-area schools.

“It was a source of tremendous satisfaction not only for myself but also my whole team. I suppose that’s what you call real job satisfaction when you get results like we did,” said Fletch.

It was two team members, his successor as university veterinarian Kathleen Delaney, and facilities director Karen Gourlay who nominated Fletch for the award.

“CCAC program participants relied on Dr. Fletch for his expertise and constructive advice, and found him easy to approach thanks to his open, positive, and humble demeanour,” wrote Delaney and Gourlay in the nomination.

“Similar to his mentor Dr. Rowsell, Dr. Fletch was also a mentor to many.”