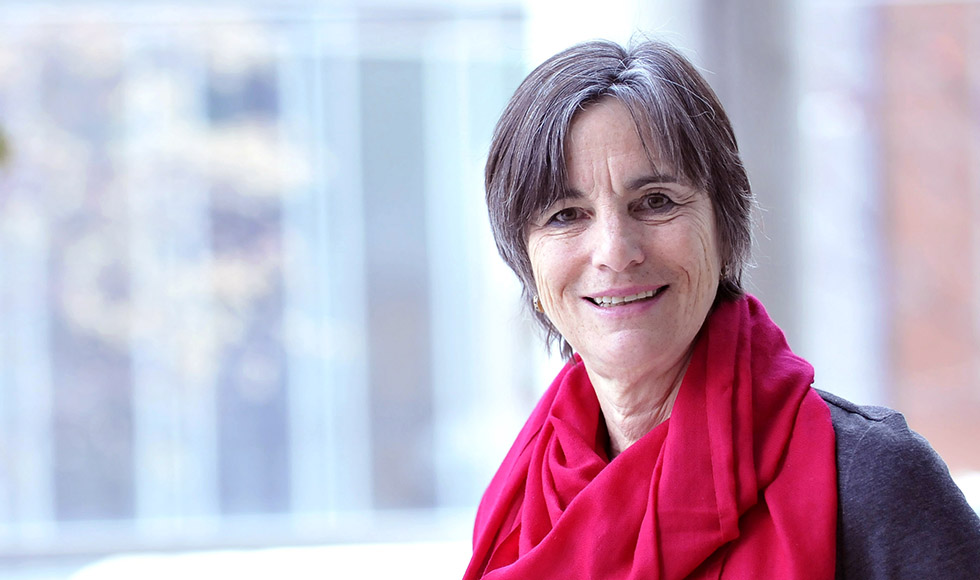 Eileen Hutton’s career is one filled with firsts.

She was central to the lobbying efforts that resulted in midwifery legislation in Ontario.

She made recommendations for the development of the Midwifery Education Program in Ontario which resulted in a midwifery program led by McMaster with Ryerson and Laurentian universities. The Ontario program provided the prototype for the University of British Columbia program where she was among the first midwifery faculty.

She established a body of midwifery research that has served as a platform for subsequent researchers.

And she was the first midwife to be inducted as a Fellow into the Canadian Academy of Health Sciences.

These milestones have rightly earned Hutton the respect as a midwifery trailblazer not only in Canada, but around the world.

“We have seen tremendous growth in midwifery and we are at a real turning point,” she says. “We have gone from just over 50 midwives in Ontario to close to 1,000 in 25 years since regulation. I think midwives are finally taking their rightful place in the health-care system.”

Hutton has served as assistant dean of the midwifery education program at McMaster since 2007 and holds the title of professor of obstetrics and gynecology. She was assistant clinical professor in the Department of Family Medicine at McMaster from 1993 to 2003.

Hutton held the prestigious position of professor of midwifery sciences at Vrije University in Amsterdam from 2010 to 2015 on a part-time secondment.

Her career as midwife, educator and clinical research scientist has been dedicated to improving outcomes during pregnancy, birth and the neonatal period.

“You would think we would have all the answers on how to do a normal, straightforward birth, but there is still so much we don’t know,” she says. “Why does labour start? Why does it start prematurely? How do you stop a labour that starts prematurely? How long before you clamp an umbilical cord? We don’t know the answers to all of these questions, along with many others.”

The daughter of a nurse, Hutton comes from a large family raised in the east end of Hamilton. Her career was inspired by a passion for science and a penchant for caring for others.

“I have an older brother, and three younger sisters, so I was the go-to person when people fell and cut their knee or scraped their hand,” she says. “Nursing was a good fit.”

Hutton completed a BSc in nursing at Queen’s University, where she was in the second year of what was a new nursing program. It was while there she met and married husband John, a civil engineer. She spent the next 10 years working in rural locations across the country, eventually moving back to Ontario. By that time she had three young children, and was craving more education.

She subsequently completed an MScN in parent child nursing at the University of Toronto, where her thesis research allowed her to meet some of the city’s midwives.

“By then I had worked in labour and delivery nursing, post-partum nursing and public health and I wondered if there was a way to tie that together into a system of care,” she says. “As I did my master’s degree and encountered women working as midwives in the community, it was an aha moment for me.”

Hutton subsequently transitioned to practising as a midwife and completed a certificate in midwifery Michener Institute of Applied Health Sciences.

She was actively involved as the president of the Association of Ontario Midwives in the successful bid for legislative recognition of midwifery to bring it into the regulatory model in 1994.

She then turned her sights to research, acquiring a PhD in clinical epidemiology at the University of Toronto.

“When midwifery was legislated, and we had education programs in place, it became obvious to me that we now needed to focus on developing a research underpinning for the profession,” she says. “We didn’t have any real researchers in the field, so I had been drawn to that. It was a natural next step.”

While she was late to the research game, she was successful in obtaining both provincial and national funding to support her work. Hutton notes her first Canadian Institutes of Health Research (CIHR) grant was a highlight of her career.

Most recently, she has teamed up with McMaster’s Jennifer Stearns and Katherine Morrison on research around the development of gut bacteria as it relates to antibiotics administered during labour.

Mary Hannah, professor emerita of the Department of Obstetrics and Gynaecology at the University of Toronto, remembers Hutton with great affection and pride. Hutton was her first PhD student, and later a co-investigator on a number of large perinatal clinical trials.

“Eileen had an amazing capacity to embrace the science and focus in on the important research questions,” says Hannah.

“The midwifery program at McMaster University became, under Eileen’s leadership, a research-based academic program. She was instrumental in moving the practice of midwifery into a discipline based on scientific evidence.”

Hutton is officially passing the midwifery education program torch to her successor, Liz Darling, on July 1, 2018. While Hutton will continue to oversee the development of research projects in midwifery, she will be a professor emerita.

She says she looks forward to spending more time on her hobbies, and with her husband, three adult children and five grandchildren.

“I feel like I have had a very privileged career and it has all been very exciting,” she says. “I know I made a difference and helped make McMaster midwifery the centre for Canadian midwifery research.”