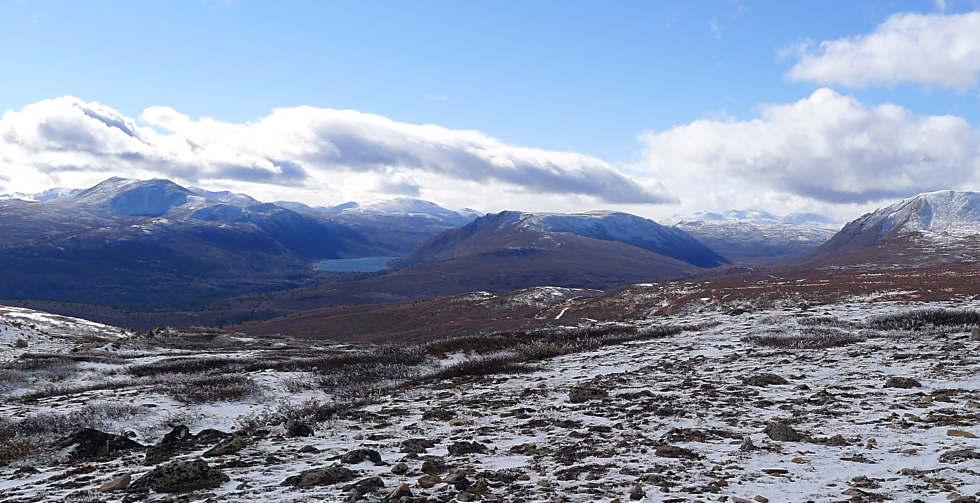 Canada could lead the world in helping to achieve water sustainability but is falling short of reaching the goals set out by the United Nations, according to a new report from scientists with the University of Saskatchewan-led Global Water Futures (GWF) program, which includes several researchers from McMaster.

The report, entitled Water Futures for the World We Want, takes aim at areas where the country is lacking in water resource management and scientific research, and outlines several recommendations for Canada to meet the 2030 goals outlined by the U.N.

“As a proud partner of UNESCO and the U.N. Water Action Decade, we are continuously looking at ways in which we can lead the country in meeting our sustainable development goals as they relate to water,” said John Pomeroy, USask’s Canada Research Chair in Water Resources and Climate Change and GWF program director.

“Canada could be a world leader on this issue, but we have to transform how we observe, predict and manage water to meet these goals and then share our solutions globally.  This is a fitting role for Canada as a world leader in freshwater and hydrological science.”

The report—released Nov. 19 in Hamilton, Ontario where 100 of Canada’s leading water scientists are gathered for a national GWF meeting—cites examples of shortcomings such as inadequate access to clean drinking water on First Nations (even when drinking water advisories are eliminated), declining water quality in lakes, rivers and streams across Canada, lack of wastewater treatment in parts of Canada, and severely stressed river basins such as the South Saskatchewan River where water extraction reaches very high levels in dry periods.

As well, the report also highlights an absence of fully integrated co-operation between provinces and with the federal government on trans-boundary water issues.

Canada, along with 192 other nations, committed to ensuring sustainability of water resources through its official adoption of the U.N. Sustainable Development Goals (SDGs). Collectively, these goals represent a roadmap towards a more resilient, just, and equitable society.

Read more: Three-year Ohneganos project will focus on issues of wellness, training and governance related to water quality on Six Nations of the Grand River.

While only one of the 17 SDGs is explicitly dedicated to achieving progress on water issues such as drinking water access, wastewater, pollution, and transboundary water resources management, a total of 40 targets across the other 16 goals are related to water.

“If we are to show the world how to achieve water sustainability, Canada first needs to get our own house in order to achieve the water goal SDG #6,” said Dr. Corinne Schuster-Wallace, professor of water-related human health in the USask geography and planning department and co-author of the report.

“Canada still has not reached universal access to reliable, potable water supplies. While the commitment to eliminating drinking water advisories in First Nation communities will go a long way to achieving this, many more aren’t even served by water treatment systems.”

“Catastrophic water-related experiences such as increasing frequency and severity of floods, drought, wildfires, and toxic algae blooms are creeping threats that undermine our quality of life, health, and safety,” said Bob Sandford, co-author of the report and EPCOR chair in Water and Climate Security, United Nations University – Institute for Water, Environment and Health, which is hosted at McMaster. “They also cost our economy big time, and those costs are rising.”

Canada’s parliamentary budget officer has said that the costs associated with reimbursing provinces and territories for natural disaster relief costs have increased by 660 per cent between 1970 and 2014, to an average annual cost of $410 million. The cost from extreme events between 2000 and 2017 exceeds $28 billion.

“These estimates are overwhelmingly conservative given the inability to account for losses of life and homes, and the impacts on our consequent physical and mental health,” said Sandford. “Together, all of these issues conspire to threaten Canada’s own water sustainability.”

The authors based their findings on an analysis of recent reports related to SDG targets, progress, and national and international challenges, along with GWF project reports and activities. With 39 GWF water research projects being conducted by hundreds of researchers from 18 universities across Canada, the report is a research-focussed look at the country’s current standing as it relates to the U.N.’s SDGs to date.

“There are significant long-term benefits at stake, including the enhanced health and wellbeing of current and future generations, as well as expanded economic opportunity,” said Schuster-Wallace.

“Ultimately, we have an opportunity beginning at the community level to help create a more just, equitable, and sustainable world for all. The alternative is, quite simply, unthinkable.”

When McMaster researchers hosted their Global Water Futures colleagues for the team’s annual operations meeting last week, they were joined by an unlikely guest – . . .