Combo therapy cuts risk of heart attacks and strokes in half, research shows 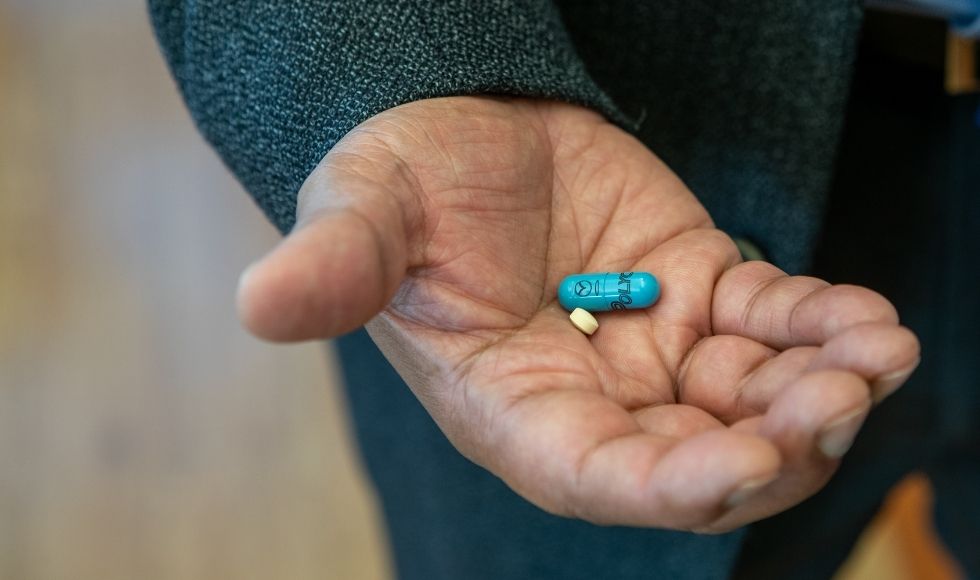 A combination therapy of aspirin, statins and at least two blood pressure medications can cut the risk of fatal cardiovascular disease in half. (Photo by Georgia Kirkos, McMaster University)

A combination therapy of aspirin, statins and at least two blood pressure medications can cut the risk of fatal cardiovascular disease (CVD) in half.

The fixed-dose combination (FDC) therapies were examined both with and without aspirin against control groups in a combined analysis of more than 18,000 patients without prior CVD from three large clinical trials. FDCs including aspirin cut the risk of heart attacks by 53 per cent, stroke by 51 per cent, and deaths from cardiovascular causes by 49 per cent.

International CVD experts hailed the findings as a game-changing weapon against a condition that kills 19 million people worldwide and impacts twice as many every year.

“These results are huge, and its wide use can avoid between five and 10 million individuals experiencing a stroke, heart attack or dying from these conditions yearly,” said senior author Salim Yusuf, executive director of McMaster’s Population Health Research Institute and Distinguished University Professor.

“I could see a future with development of a stronger polypill where we could see a lowering of cardiovascular disease by 65 or 70 per cent around the world and leading to even greater benefits. Given that all the components of the polypill are generic and low cost, polypills can be provided to people at modest costs and are likely to be very cost effective.”

FDC treatment strategies trialled by researchers were previously thought to substantially reduce CVD events and are called “polypills” when used in a single-tablet drug formula, but proof of the benefits has not been available until the last two years.

The concept of a combination pill was first proposed 20 years ago as a strategy to substantially reduce CVD in the general population and in those who previously suffered heart attacks and strokes.

Early trials showed improved patient adherence to treatment regimens and better risk factor control with a polypill, compared to the use of single drugs, usual care, or placebos.

“This combination, either given separately or combined as a polypill, substantially reduces fatal and non-fatal CVD events,” said Joseph, associate professor of medicine at McMaster University, investigator at the Population Health Research Institute and cardiologist at Hamilton Health Sciences.

“The largest effects are seen with treatments that include blood pressure lowering agents, a statin and aspirin together, which can reduce fatal and non-fatal cardiovascular events by about half. The benefits are consistent at different blood pressure levels, cholesterol levels and with or without diabetes, but larger benefits may occur in older people.”

Researchers gleaned their findings using data from three major studies on a total of 18,000 people followed for about five years. These included the International Polycap Study (TIPS)-3, the Heart Outcomes Prevention Evaluation (HOPE)-3 study and the PolyIran trial.

The study was published by The Lancet on Aug. 29 and concurrently presented at the European Society of Cardiology Congress by Joseph. The study involved researchers from 13 countries and patients from 26.

International experts and organizations welcomed the results as good news for people at risk of CVD.

“The World Heart Federation is committed to promoting cardiovascular health for everyone by reducing the CVD burden worldwide, in both developed and developing countries,” said federation president Professor Fausto Pinto.

“The demonstration of a low-cost approach using fixed dose combinations to reduce CVD by about 50 per cent is extraordinary and represents a huge opportunity to tackle the condition globally, with a major potential impact on people’s lives. The WHF has supported the use of a polypill for the last decade and these results provide robust evidence to strengthen our global advocacy strategy.”

Jeremy Farrar, director of the Wellcome Trust, said his organization supported one of the three major studies included in the analysis, based on recommendations from a workshop convened with the World Health Organization in London in August 2001.

“The Wellcome Trust has been committed to evaluating low-cost widely applicable solutions for common diseases including cardiovascular disease,” said Farrar.

“We are pleased that our support has contributed to the development of robust evidence indicating that the polypill or fixed dose combinations involving blood pressure lowering, statins and aspirin can reduce CVD substantially.”