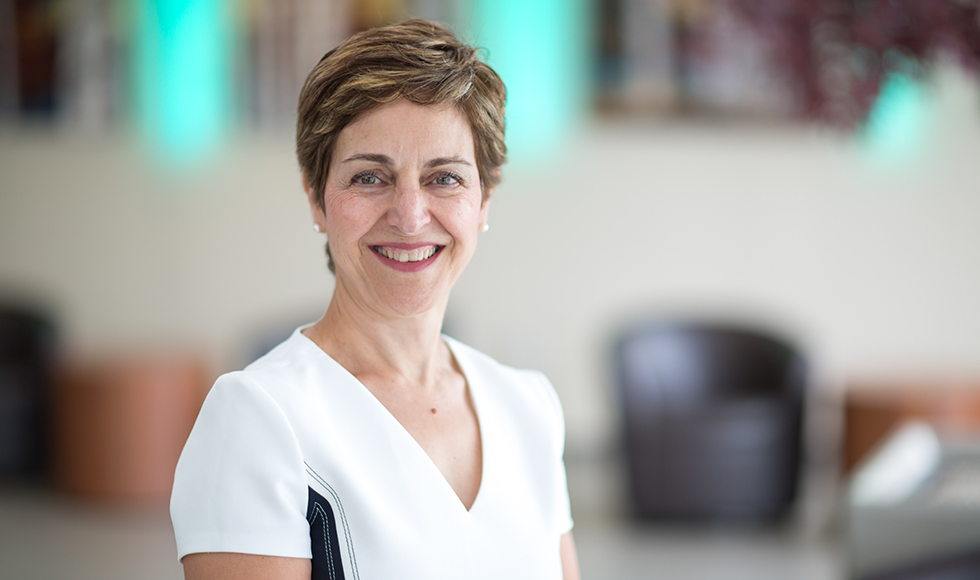 Mahshid Dehghan is an investigator at the Population Health Research Institute (PHRI).

Dairy consumption of around three servings per day is associated with lower rates of cardiovascular disease and mortality, compared to lower levels of consumption, according to a study led by a team of McMaster University researchers.

The global observational study included more than 130,000 people in 21 countries. The results were published in The Lancet.

“Our findings support that consumption of dairy products might be beneficial for mortality and cardiovascular disease, especially in low-income and middle-income countries where dairy consumption is much lower than in North America or Europe,” said Mahshid Dehghan, lead author of the study and an investigator at the Population Health Research Institute (PHRI) of McMaster University and Hamilton Health Sciences.

The findings are consistent with previous meta-analyses of observational studies and randomized trials, but stand in contrast to current dietary guidelines which recommend consuming two to four servings of fat-free or low-fat dairy per day, and minimizing consumption of whole-fat dairy products for cardiovascular disease prevention.

Cardiovascular disease is the leading cause of mortality worldwide. The authors conclude that the consumption of dairy should not be discouraged and should even perhaps be encouraged in low-income and middle-income countries where dairy consumption is low.

The Prospective Urban Rural Epidemiological (PURE) study included data from 136,384 individuals aged 35-70 years in 21 countries. Dietary intakes were recorded at the start of the study using country-specific validated food questionnaires. Participants were followed up for an average of 9.1 years. During this time, there were 6,796 deaths and 5,855 major cardiovascular events.

One standard serving of dairy was equivalent to a glass of milk at 244 grams, a cup of yogurt at 244g, one slice of cheese at 15g, or a teaspoon of butter at 5g.

The authors say that more research is now needed into why dairy might be associated with lower levels of cardiovascular diseases. The recommendation to consume low-fat dairy is based on the presumed harms of saturated fats on a single cardiovascular risk marker, LDL cholesterol.

However, evidence suggests that some saturated fats may be beneficial to cardiovascular health, and dairy products may also contain other potentially beneficial compounds, including specific amino acids, unsaturated fats, vitamin K1 and K2, calcium, magnesium, potassium, and potentially probiotics. The effect of dairy on cardiovascular health should therefore consider the net effect on health outcomes of all these elements.

Limitations include that diets were self-reported. While multiple weighted food records may be more accurate, they require extensive training, motivation, awareness and literacy which limits the practicality for such a large long-term study.

The authors also note that diet was measured at baseline, and that changes in diet may have occurred over time. However, they add that the association between milk intake at three years follow up and cardiovascular disease was similar to the analyses using baseline information, suggesting that repeat measurements is unlikely to alter the findings.

“The results from the PURE study seem to suggest that dairy intake, especially whole-fat dairy, might be beneficial for preventing deaths and major cardiovascular diseases,” they wrote.

“However, as the authors themselves concluded, the results only suggest the ‘consumption of dairy products should not be discouraged and perhaps even be encouraged in low-income and middle-income countries.’ It is not the ultimate seal of approval for recommending whole-fat dairy over its low-fat or skimmed counterparts. Readers should be cautious, and treat this study only as yet another piece of the evidence (albeit a large one) in the literature.”

The PURE study was funded from more than 50 sources, including the PHRI, the Heart and Stroke Foundation of Ontario and Canada and the Canadian Institutes of Health Research (CIHR).

Read the paper in The Lancet here.