Dying to be beautiful: Researchers use modern techniques to unravel an 18th-century mystery 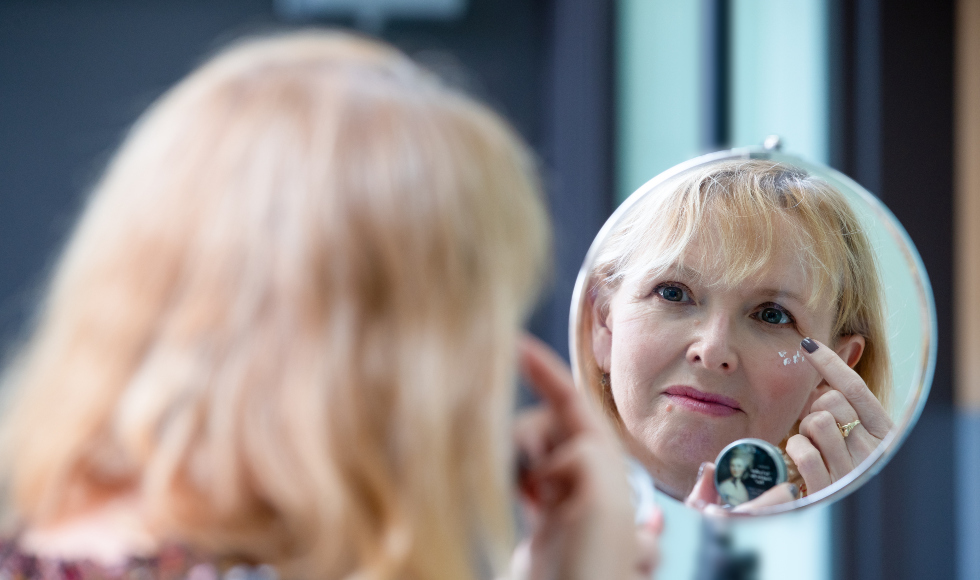 Fiona McNeill is a professor in the Department of Physics & Astronomy. Photo by Georgia Kirkos.

The mysterious death of a young, 18th-century socialite has inspired a research project which could yield new information about the dangers of lead exposure. Maria Gunning was a famous Irish beauty who arrived in London, poor and penniless, during the reign of King George II.  Her place in history began with a marriage to the Earl of Coventry, a remarkable rise into high society and wild popularity among common Londoners but would end in tragedy.

She died prematurely at the age of 27, believed to be the victim of lead poisoning from the fashionable white make-up she insisted on using each day, which was a symbol of sophistication at the time, distinguishing the wealthy from the poor.

It is a tragic story that intrigued McMaster scientist Fiona McNeill, a professor in the Department of Physics & Astronomy who has studied lead poisoning for 30 years.

“We have always understood that white lead, which is basic lead carbonate, doesn’t pass through the skin, so I couldn’t understand how it was very toxic.  You would either have to ingest or inhale it, which is unlikely.  This became a mystery to me. How did she die?” says McNeill.

“There have been very few scientific studies which have tested the absorption of lead compounds through the skin.”

McNeill and her research team hope to answer several questions:  how did 18th-century white lead make-up actually appear on the skin, was it beautifying, could it be absorbed into the bloodstream and if so, was it lethal?

For lead to be toxic, it has to enter the bloodstream, where it can be carried to the brain, nerves and kidneys, causing a vast number of health problems. Once it enters the body, it is stored in bone for years and even decades.

“I’m specifically interested in the health effects that might occur in women. We know, for example, that lead perturbs hormones and so women who are exposed go through menopause early.  If they are young women it can affect their fertility and there is some evidence they have a higher rate of stillbirth and high rates of miscarriage,” she explains. The team began by analyzing and testing the optical properties of the cosmetics, to understand how they might make the skin appear luminous. McNeill scoured online sources for historical recipes she could recreate, which included peculiar ingredients found in modern-day products such as Metamucil and Vick’s VapoRub.  Other ingredients included beeswax, rose water and violet oil.

“Every day that we are in the lab, we find something new we weren’t expecting,” says Shaelyn Horvath, a fourth-year medical and biological physics student with expertise in optical scattering, or the way light is reflected.

“We look at the reflectance of the specific recipe we are using which shows us what this make-up would have looked like on a deeper level. It also shows us what properties it had – if it was going to give your skin a glow, for example, to create a nice sheen. This is why these women wanted to wear this product,” she says. To measure lead levels, the researchers place a piece of pigskin on top of a flask containing a mixture of water and salt to match the level in human body fluids. They then spread a small amount of the cosmetic on the pigskin and leave it to sit for a few hours at body temperature. At the end of the experiment, researchers measure lead levels in the saline.

By calculating the amount of lead in the saline, researchers can then determine how much, if any, has passed into a woman’s skin from a single application of make-up.

The research is ideal for Ryan Tretter, a fourth-year chemistry student with a minor in history, who is tasked with identifying what, if any, lead compounds are present.

“I have had an interest in history as long as I can remember and was immediately captivated by the idea of using chemical theories and techniques to help solve a historical mystery. This project also has modern applications and may help advance our understanding of lead toxicity. I am very excited to see what we discover,” he says.

For McNeill, the project brings together decades of research and experience in building systems to calculate lead exposure. She has developed specialized devices to measure bone and blood lead levels in hundreds of women, using that information to create models for how lead is taken up, stored and excreted from the body.

“This research is historically interesting but relevant to today because we just don’t know how these compounds will pass through skin.  It is really satisfying work,” she says.

To reach more about the research project, please visit: https://www.toxicallure.com/our-blog