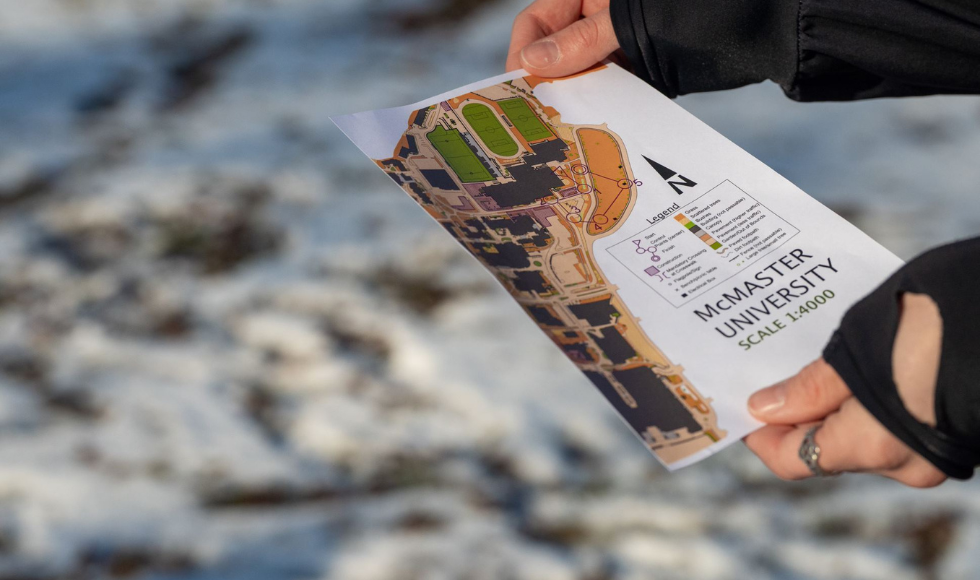 The sport of orienteering, which draws on athleticism, navigational skills and memory, could be useful as an intervention or preventive measure to fight cognitive decline related to dementia, according to new research from McMaster University.

Researchers hypothesized that the physical and cognitive demands of orienteering, which integrates exercise with navigation, may stimulate parts of the brain that our ancient ancestors used for hunting and gathering. The brain evolved thousands of years ago to adapt to the harsh environment by creating new neural pathways.

Those same brain functions are not as necessary for survival today due to modern conveniences such as GPS apps and readily available food. Researchers suggest it is a case of “use it or lose it.”

“Modern life may lack the specific cognitive and physical challenges the brain needs to thrive,” says Jennifer Heisz, Canada Research Chair in Brain Health and Aging at McMaster University, who supervised the research. “In the absence of active navigation, we risk losing that neural architecture.”

Heisz points to Alzheimer’s disease, in which losing the ability to find one’s way is among the earliest symptoms, affecting half of all afflicted individuals, even in the mildest stage of the disease.

In the study, published in the journal PLOS ONE, researchers surveyed healthy adults, ranging in age from 18 to 87 with varying degrees of orienteering expertise (none, intermediate, advanced and elite).

People who participate in orienteering reported better spatial navigation and memory, suggesting that adding elements of wayfinding into regular workouts could be beneficial over the span of a lifetime.

“When it comes to brain training, the physical and cognitive demands of orienteering have the potential to give you more bang for your buck compared to exercising only,” says lead author Emma Waddington, a grad student in the Department of Kinesiology who designed the study and is a coach and member of the national orienteering team.

The goal of orienteering is to navigate by running as quickly as possible over unfamiliar territory, finding a series of checkpoints using only a map and compass. The most skillful athletes must efficiently switch between several mental tasks, making quick decisions while moving across the terrain at a rapid pace.

The sport is unique because it requires active navigation while making quick transitions between parts of the brain that process spatial information in different ways. For example, reading a map depends on a third-person perspective relative to the environment. Orienteers must quickly translate that information relative to their own positions within the environment, in real-time, as they run the course.

It is a skill which GPS systems have engineered out of modern life, say researchers. That may affect not only our ability to navigate but also affect our spatial processing and memory more generally because these cognitive functions rely on overlapping neural structures.

Researchers suggest there are two simple ways to incorporate more orienteering into daily life: turn off the GPS and use a map to find your way when travelling and challenge yourself — spatially — by using a new route for your run, walk or bike ride.

“Orienteering is very much a sport for life. You can often see participants spanning the ages of 6 to 86 years old engaged in orienteering,” says Waddington. “My long-term involvement in this sport has allowed me to understand the process behind learning navigational skills and I have been inspired to research the uniqueness of orienteering and the scientific significance this sport may have on the aging population.” • Heisz is the associate director of McMaster’s Physical Activity Centre of Excellence (PACE), a state-of-the-art exercise research and rehabilitation facility serving more than 500 seniors and people living with chronic diseases or disabilities.

• PACE operates five research-based exercise programs with studies led by faculty from McMaster’s Department of Kinesiology with support from graduate and undergraduate students.

• Heisz’s research at PACE focuses on the long-term effects of exercise on cognitive health with the goal of understanding how physical activity can be used for disease prevention.

• Heisz is also the director McMaster’s NeuroFit lab focussed on the effects of exercise on the brain function in young adults, older adults and people living with Alzheimer’s disease.