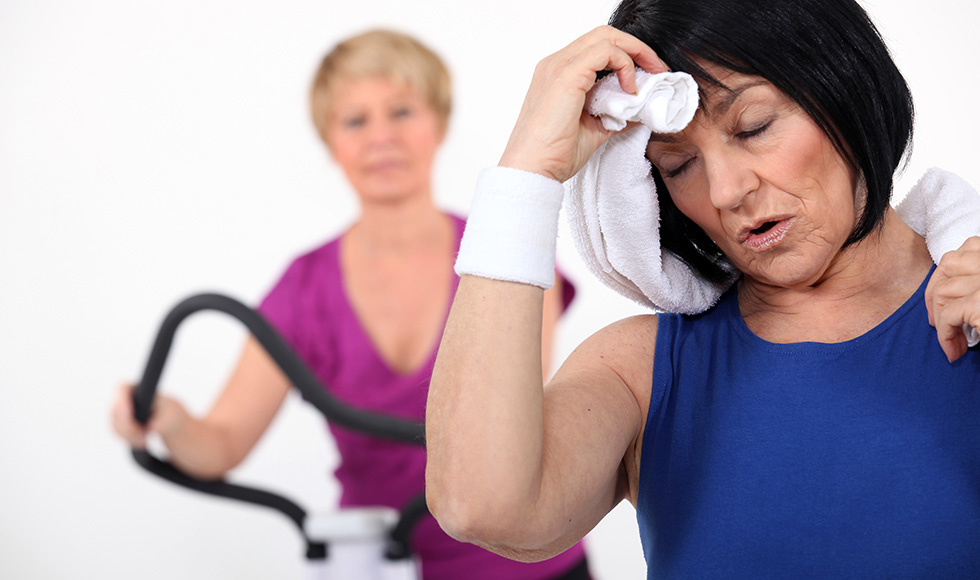 McMaster scientists have found that high-intensity interval training – commonly known as HIIT – boosts both the number and activity of “natural killer” cells in overweight and obese women with breast cancer.

Natural killer cells are a type of white blood cell that is important in eliminating tumours and virally infected cells.

These results come on the heels of previous research that reported similar results in normal weight females.

Results of the study were published in the Journal of Cancer Prevention.

“While we knew the impact of HIIT on normal weight subjects, whether it had the same impact in overweight and obese women was not well established,” said Ali Ashkar, study author, professor in the Department of Pathology and Molecular Medicine at McMaster and the McMaster Immunology Research Centre.

“Our results in obese mice challenged with breast cancer suggest that HIIT is a promising therapeutic option that may translate to normal, overweight, and obese human breast cancer patients.”

Obesity is a risk factor for many illnesses, including breast cancer in women. In pre- and post-menopausal breast cancer patients, obesity is associated with a noticeable reduction in survival compared to normal weight patients.

Research suggests that the increased risk of death is caused by impaired innate immunity, or a reduced natural ability for the body to fight off disease.

McMaster researchers based their study on outcomes in mice, as well as in three overweight and obese women.

“The circulating natural killer cell number and activation markedly increased immediately after HIIT,” said Nicole Barra, first author and postdoctoral fellow at McMaster. “It also enhanced metabolic health and reduced tumour burden, which refers to the size of a tumour.”

The study was supported in part by funding from the Canadian Institutes of Health Research.