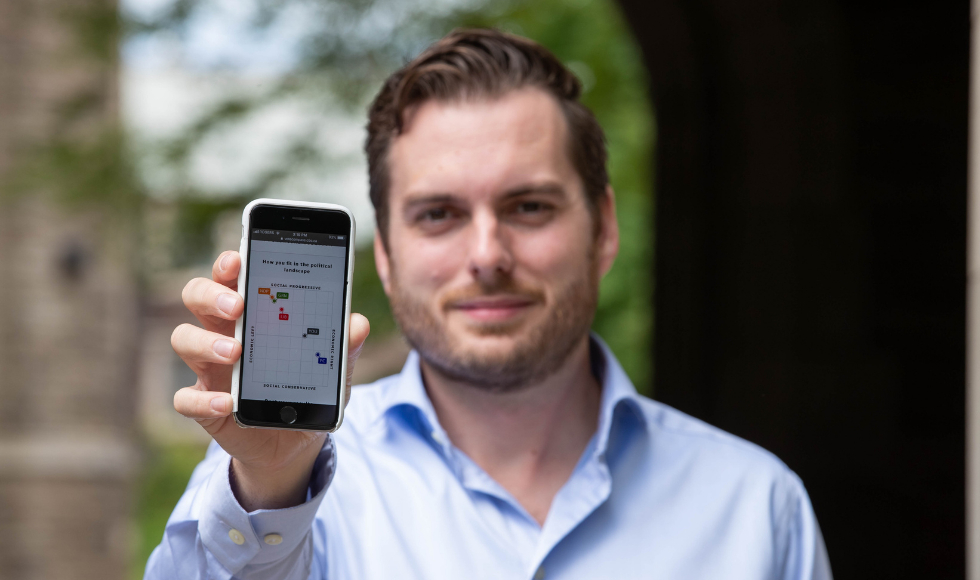 Clifton van der Linden was already gearing up for a busy September: Besides the regular start of term activity, there’s the return to campus and his role leading a new and ambitious master’s program. And that was before a snap election call.

In addition to being an assistant professor of political science and the academic director of the Master of Public Policy in Digital Society program (MPP), van der Linden is also founder and Chief Executive Officer of Vox Pop Labs.

Vox Pop Labs is best known for digital products such as Vote Compass, The Signal and Polimeter, which use research and data to promote electoral literacy.

“The aim of these products and the insights they provide is to help people be better represented in today’s democratic system,” says van der Linden, who is frequently sought as an expert commentator for media coverage of elections.

Read more: The people have spoken. And Clifton van der Linden is listening

You may be familiar with the voter engagement and education platform Vote Compass from CBC/Radio-Canada, where in the leadup to the 2021 federal election it is helping viewers and listeners navigate how their political views align with the various party platforms.

“Vote Compass endeavours to foster informed, empowered voters by offering each user a personalized result that helps them situate their perspectives within the broader political landscape,” van der Linden says.

To date, the tool been used over 25 million times for elections in eight different countries.

Vox Pops Labs is also responsible for producing The Signal, a poll aggregator and election tracker that tries to correct the bias inherent in polling. The Toronto Star is using it as part of its election tracking, keeping readers informed on who the election front runners are.

Polimeter tracks the status of election promises made by politicians and governments, past and present. See for yourself here.

Learn more about the work Clifton van der Linden does at McMaster, as well as the Master of Public Policy in Digital Society program, here.