Montréal Massacre, 30 years later: My experience as a woman in engineering 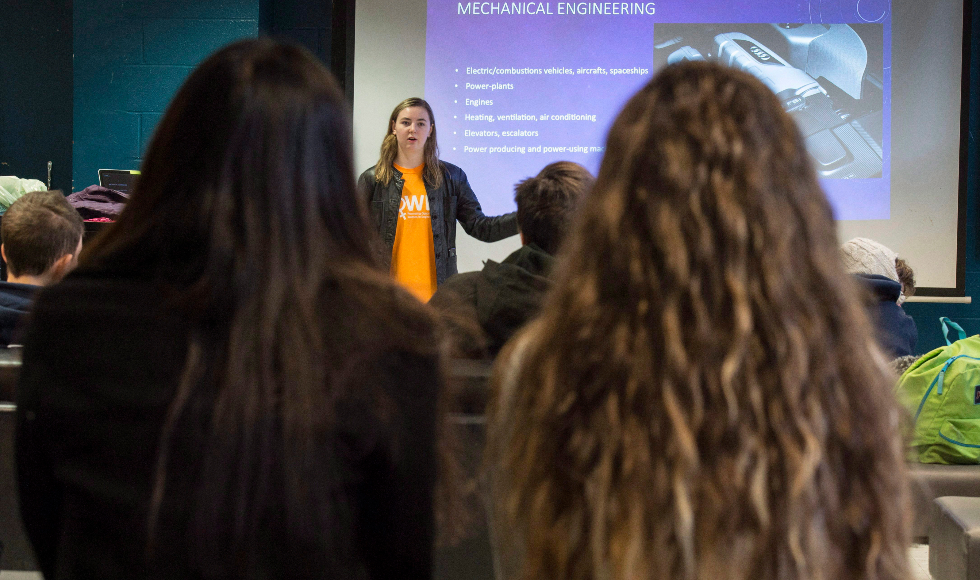 A 19-year-old first-year bioengineering student addresses a group of Grade 11 students to encourage them to pursue her own field of study in 2017 in Montréal. Progress has been made to encourage more women to study STEM since the Montréal Massacre in 1989. Photo by The Canadian Press/Paul Chiasson

BY Kim Jones, Faculty of Engineering

Thirty years ago, I was a teenaged girl with a choice to make when a man killed 14 women at École Polytechnique in Montréal.

The women were innocent. The killer was angry that these “feminists” were in engineering school and he was not.

Before that horrific day, I had been on the fence about what to study in university: science or engineering. After the terrible events in Montréal, I was angry. I decided then and there that I was going to be an engineer. I would prove that women deserve a place in engineering because they are every bit as smart and capable as any man.

I’m proud that I did, but I’ve run quite an obstacle course.

While things are somewhat easier today than they were then, several major barriers still exist.

Women don’t choose engineering because they are concerned it won’t reflect their values or self-image. Women leave engineering at higher rates than men because they experience old-fashioned workplace structures and attitudes. And, sadly, women continue to be harassed at work.

I’ve experienced some of these things myself. As an undergraduate student, I worked at a series of co-op placements, where I learned that what drives women out of engineering is not one major aggression, but an exhausting succession of unfortunate and irritating events.

Researchers led by social work professor Tara La Rose will interview social workers across Canada with the aim of preserving the history of the field.