No time to get fit? Think again 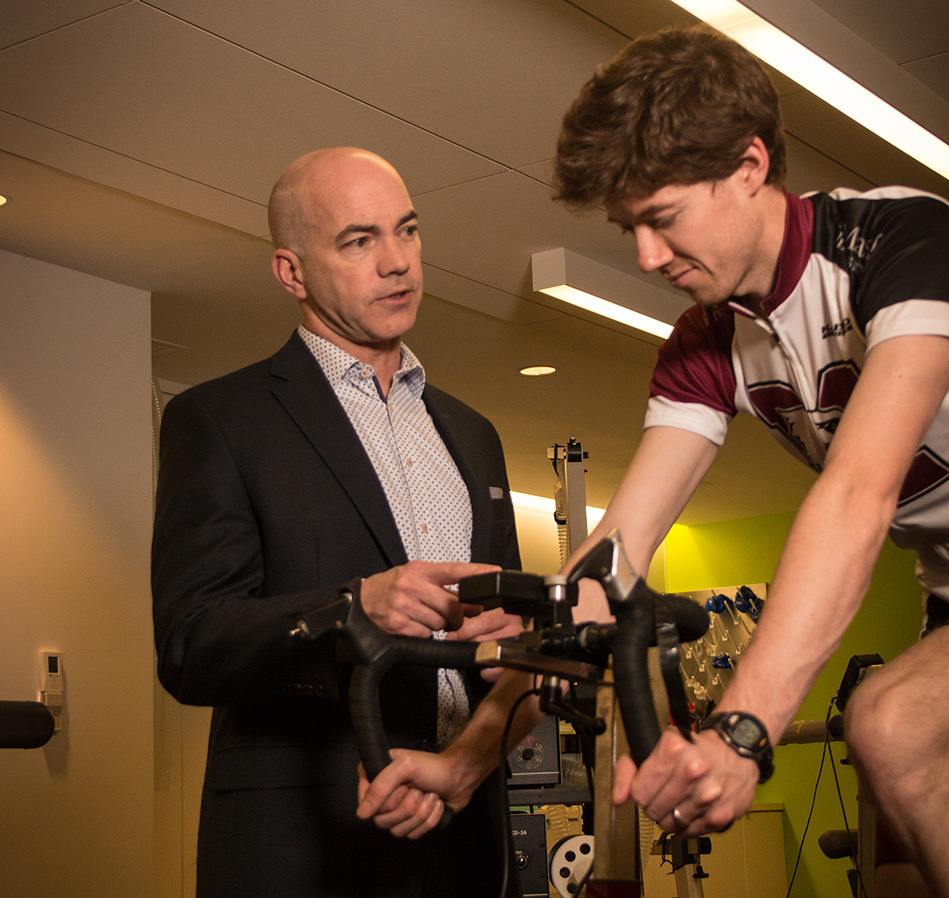 The findings put to rest the common excuse for not getting in shape: there is not enough time.

“This is a very time-efficient workout strategy,” says Martin Gibala, a professor of kinesiology at McMaster and lead author on the study. “Brief bursts of intense exercise are remarkably effective.”

Scientists set out to determine how sprint interval training (SIT) compared to moderate-intensity continuous training (MICT), as recommended in public health guidelines. They examined key health indicators including cardiorespiratory fitness and insulin sensitivity, a measure of how the body regulates blood sugar.

A total of 27 sedentary men were recruited and assigned to perform three weekly sessions of either intense or moderate training for 12 weeks, or to a control group that did not exercise.

The McMaster team has previously shown that the SIT protocol, which involved three 20-second ‘all-out’ cycle sprints, was effective for boosting fitness. The workout totaled just 10 minutes, including a 2-minute warm-up and 3-minute cool down, and two minutes of easy cycling for recovery between the hard sprints.

The new study compared the SIT protocol with a group who performed 45 minutes of continuous cycling at a moderate pace, plus the same warm-up and cool down. After 12 weeks of training, the results were remarkably similar, even though the MICT protocol involved five times as much exercise and a five-fold greater time commitment.

“Most people cite ‘lack of time’ as the main reason for not being active”, according to Gibala. “Our study shows that an interval-based approach can be more efficient — you can get health and fitness benefits comparable to the traditional approach, in less time.”

Gibala has been studying interval training for more than a decade. Over time, his team has experimented with different protocols in an effort to identify the most time-efficient

“The basic principles apply to many forms of exercise,” he says. “Climbing a few flights of stairs on your lunch hour can provide a quick and effective workout. The health benefits are significant.”

The findings are published online in the journal PLOS ONE.