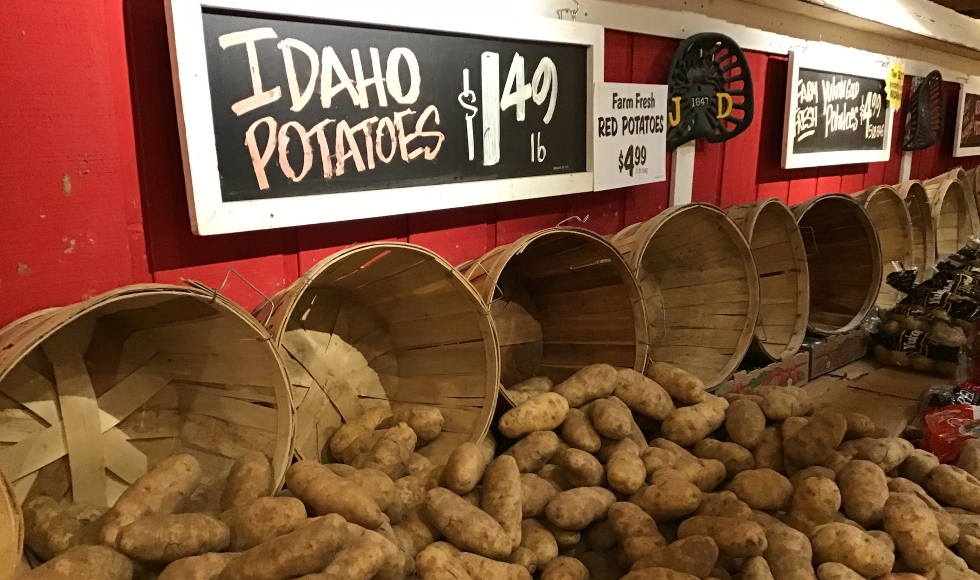 Researchers from McMaster University have found that the potato, primarily known as a starchy vegetable, can be a source of high-quality protein that helps to maintain muscle.

The findings, reported in the journal Nutrients, highlight the potential benefits of what is considered a non-traditional source of protein, particularly as dietary trends change and worldwide demand has increased for plant-based alternatives to animal-derived sources.

“While the amount of protein found in a potato is small, we grow lots of potatoes and the protein, when isolated, it can provide some measurable benefits,” says Sara Oikawa, a former graduate student in the Department of Kinesiology at McMaster and lead author of the research paper.

The researchers recruited young women in their early twenties who consumed diets containing protein at the recommended dietary allowance (RDA) of 0.8 grams of protein/ per kilogram of weight/day, which would be approximately 60g of protein for the average woman or 70g for the average man.

One group of participants consumed additional potato protein isolate – in the form of a pudding—doubling their intake of the RDA to 1.6g/kg/d.  Another group received a placebo.

Researchers found the women who consumed the additional potato protein increased the rate at which their muscles made new protein, while the placebo group did not.

“This was an interesting finding that we did not expect,” says Oikawa. “But it is one that shows the recommended daily allowance is inadequate to support maintenance of muscle in these young women.”

Perhaps more interesting, she says, was that a form of plant-derived protein, which has generally been thought to be of lower quality than animal-derived protein, can have such a beneficial effect.

To study the impact of weightlifting, the research team then instructed both groups of women to exercise only one of their legs.

“This method is a little unconventional but allows us to see the effect within the same person and not have to add more people who were exercising,” said the study principal investigator Stuart Phillips, who is a professor in the Department of Kinesiology at McMaster and a leading researcher on protein and exercise.

In the leg the women exercised, scientists did not find any extra benefits from potato protein.

“That finding, which some may find disappointing, is in line with the rather small effect that protein has compared to exercise itself,” explains Phillips.  “In other words, exercise is just such a more potent stimulus for making new muscle proteins compared to protein.”

The demand for protein has risen dramatically to meet the increased demands from the rising global population and plant-based proteins could fill that gap.

“This study provides evidence that the quality of proteins from plants can support muscle,” says Oikawa. “I think you’ll see more work on plant-based protein sources being done.”

The research was funded by the Alliance for Potato Research & Education.