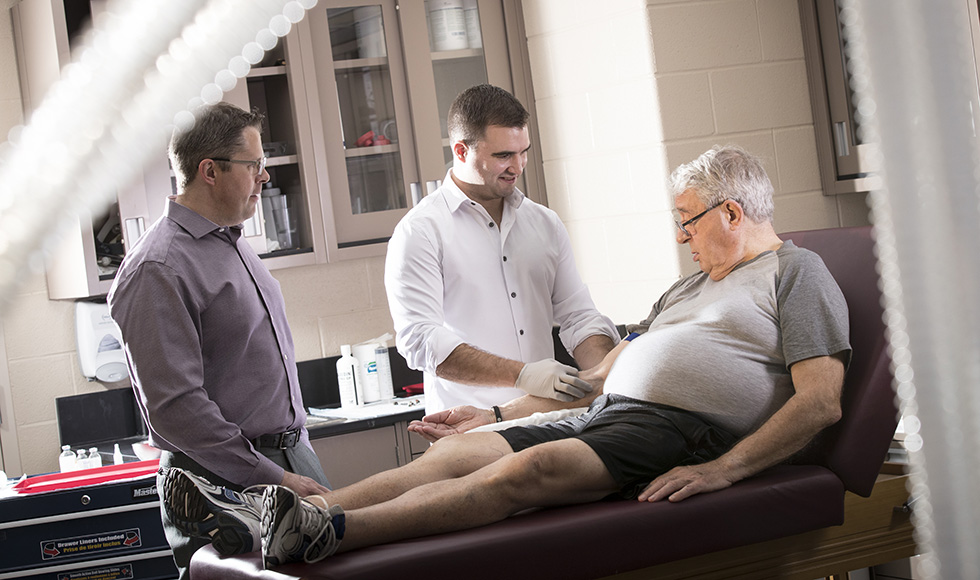 Just two weeks without much activity can have a dramatic impact on health from which it is difficult to recover, according to researchers who studied overweight older adults at risk of developing Type 2 diabetes.

Not only did an abrupt, brief period of inactivity hasten the onset of the disease and elevate blood sugar levels among pre-diabetic patients, but researchers reported that some study participants did not fully recover when they returned to normal activity for two weeks.

The findings are published online in The Journals of Gerontology.

“We expected to find that the study participants would become diabetic, but we were surprised to see that they didn’t revert back to their healthier state when they returned to normal activity,” says Chris McGlory, a Diabetes Canada Research Fellow in the Department of Kinesiology at McMaster University and lead author of the study.

Participants were asked to reduce their daily steps to no more than 1000 steps per day, the equivalent of being housebound due to, for example, illness.  Their steps and activity were measured using pedometers and specialized activity monitors, while researchers tested their blood sugar levels and took blood samples during the two-week period.

The results imply that seniors who experience periods of physical inactivity from illness, hospitalization and bed rest, for example, are more likely to suffer harmful consequences to their overall health.

“Treatment of type 2 diabetes is expensive and often complicated,” explains Stuart Phillips, the professor in the Department of Kinesiology at McMaster who oversaw the research. He is also a member of the McMaster Institute for Research on Aging.

“If people are going to be off their feet for an extended period they need to work actively to recover their ability to handle blood sugar,” he says.

According to the most recent statistics from the Centres for Disease Control and Prevention, more than 30 million Americans have diabetes and more than 84 million are prediabetic.

In Canada, Type 2 diabetes is one of the fastest growing diseases, with nearly 60,000 new cases reported each year, according to the Public Health Agency of Canada.  It is the sixth leading cause of death and the leading cause of adult blindness and adult amputation.

“In order for pre-diabetic older adults to recover metabolic health and prevent further declines from periods of inactivity, strategies such as active rehabilitation, dietary changes and perhaps medication might be useful,” says McGlory.

Research has shown that within days of the onset of inactivity, there are notable reductions in skeletal muscle mass, strength and a rapid onset of insulin resistance, a common feature of type 2 diabetes.

The work was funded by the Canadian Diabetes Association.