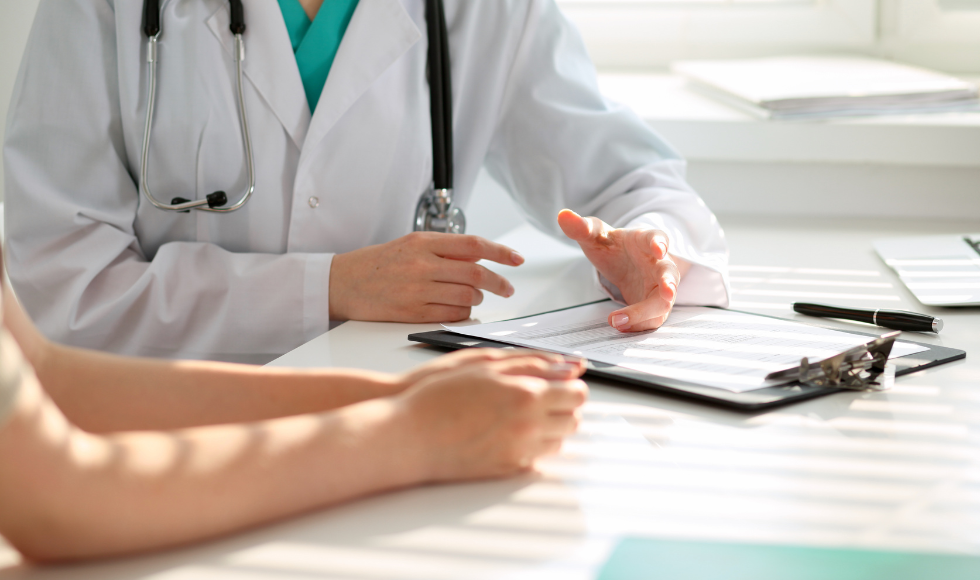 In the health-care system, words have the power to help and heal, but they can also exclude and discriminate.

In reproductive care, gendered language is quite common and can serve as a barrier to accessing help and healing for some people, says Beth Murray-Davis.

The associate professor in the Department of Obstetrics & Gynecology is leading an interdisciplinary team to study the use of gendered language in health-care systems. The team is aiming to develop a Canadian consensus statement around gendered language that can be used by educators, health-care providers and researchers to support gender inclusive and gender-equitable language.

The consensus statement would serve two purposes: to address discrimination faced by transgender, non-binary and Two-Spirit people in the health-care system, while also preventing the erasure of women who continue to face challenges around reproduction and underrepresentation.

“Our most aspirational version of why we’re doing this is so that the people who continue to be silenced and left out of health care can have a have a voice and feel like they’re represented,” says Murray-Davis.

The researcher, who is also the scientific director of the McMaster Midwifery Research Centre, says the study comes at an opportune time.

She points to tension in recent years between those wanting to adopt gender-neutral language and others, particularly those working in reproductive care, who feel that doing away with gendered language could lead to a lack of focus on women and their health-care needs.

“And so we wanted to balance […] how do you advocate for a group that feels they haven’t been well represented without erasing the needs of women who still, most of the time, desperately fight for their own reproductive rights?” says Murray-Davis. “It’s  an issue whose time has come.”

The study, which has received more than $366,000 over three years from the Social Sciences and Humanities Research Council of Canada’s (SSHRC) new Race, Gender and Diversity Initiative, will include the voices and viewpoints of various stakeholders.

“It’s really going to be driven by people with lived experience,” says Murray-Davis, who notes that study partners will include voices from the 2SLGBTQ+ community, the Indigenous community, those working in and outside of health care, and medical societies representing those working in midwifery and reproductive health.

“We want to really make sure that we’re including people with those diverse lived experiences that can share their views on things.”

Murray-Davis says the team will produce educational materials that can help those in healthcare incorporate the study’s findings into their everyday work and practices.

She says the study has grown out of conversations first initiated by Jon Barrett, the chair of the Department of Obstetrics and Gynecology at McMaster.

“He identified this need and said, ‘wouldn’t it be amazing if we could be leaders in this at McMaster?’”

“What we’re hoping for is that it resonates with people who are impacted by this. The people who feel they’ve been excluded, not reflected, discriminated against in any type of reproductive care process” says Murray-Davis. “And, start to adopt some of these best practices with the aim of supporting people and fostering that inclusion.”

Melanie Murdock is another McMaster researcher whose work includes studying the effect of gendered language in reproductive health care.

The gender & social justice master’s student is looking at the inclusion of 2SLGBTQIA+ families in midwifery care and studying the education and training midwives in Ontario are given to support these patients.

Murdock is drawing on her education in midwifery and critical sexuality studies from Laurentian University as she interviews midwives who consider themselves allies for the 2SLGBTQ+ community.

“How is it that they came to this place of advocacy or allyship where they were able to provide inclusive care? What does that inclusive care look like?’” says Murdock of the questions she poses to this group. “What are the things that they do to make that practice inclusive? And where did that knowledge and experience come from?”

Murdock says inclusive language and the use of a patient’s preferred pronouns are a common theme these allies have identified as part of their approach to providing inclusive care.

The researcher hopes to ultimately present her findings to the Midwifery Education Program (MEP), a consortium of Ontario midwifery schools (of which McMaster is a part).

Liz Darling, the assistant dean of midwifery at McMaster and an associate professor in the Department of Obstetrics and Gynecology, says gender inclusive language has been a part of the MEP’s curriculum for several years now.

“Our curriculum also includes examining structural/systemic factors that impact 2SLGBTQ+ individuals and families and how these considerations might be taken into account in providing midwifery care,” says Darling, who adds “2SLGBTQ+ families are included in the problem-based scenarios in our clinical courses.”

Murdock believes her work will show the progress the MEP has made in providing the tools and training for midwives to provide inclusive care, but will also highlight areas for further development and improvement.

She says she is hopeful giving future midwives these tools will ultimately provide better care to a vulnerable population.

“I know that making recommendations for the MEP has the potential to change how midwives coming into the profession would be providing inclusive care,” says Murdock. “And so, I’m very excited.”