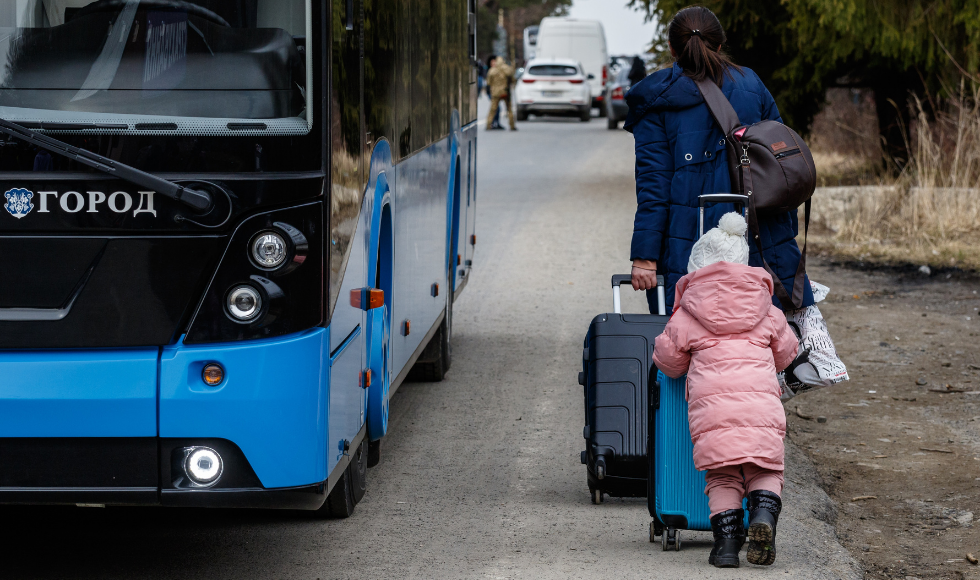 Providing social supports to those affected by the Ukraine War will be critical in the prevention of PTSD, says Margaret McKinnon, a professor of psychiatry and behavioural neurosciences.

The trauma caused by the sudden and escalating war in Ukraine is likely to have a long-lasting impact, especially on children, but offering even simple social supports can help provide a layer of protection, an expert on trauma says.

More than two million refugees have fled Ukraine, most of them women and children. Civilian volunteers have taken up arms to fight attacking Russian forces in the streets and hundreds of thousands of Ukrainians, including the elderly and people with disabilities, remain trapped as their neighbourhoods, hospitals, schools and evacuation routes are under attack.

The violence and the sheer magnitude of suffering will have a deep and long-lasting impact, warns Margaret McKinnon, a professor in the department of Psychiatry and Behavioural Neurosciences at McMaster who holds the Homewood Chair in Mental Health and Trauma.

“These are people who never expected to be in situation like this. They live in a country where they did not anticipate this could happen and, for many, the war will have a profound psychological impact,” says McKinnon.

Children are especially vulnerable to the effects of trauma even long after the fact, she warns.

“With children who experience trauma early in their development, we often see them becoming not present in their surroundings or numbed out, which is a way of escaping inescapable trauma or harm.”

“This kind of response can be adaptive in a situation like this,” says McKinnon, whose research is informed by her personal experiences with post-traumatic stress disorder (PTSD) after surviving a plane crash in the Azores in 2001.

“Once in a place of safety, however, that response can persist over time such they have difficulty experiencing positive emotions and being connected to others.”

McKinnon, who has studied PTSD in soldiers, veterans and accident victims, is studying how the trauma of the pandemic may have a long term impact on frontline health-care workers.

The effects of trauma are complex and it can be difficult to predict who might be susceptible, although harsh, unpredictable environments can certainly contribute, she says.  Some people experience a sense of disassociation, betrayal or overwhelming fear.

Others are frozen, unable to fight or flee.  Many symptoms can linger for years.

“We would expect many of these symptoms to persist in children and in adults, even when they are in a safe environment,” she says.

“My expectation is that, for many survivors, it will take a significant time and intervention for these symptoms to heal.”

Interventions are very difficult because of the vast number of people impacted and displaced by the war. But providing social supports is critical in the prevention of PTSD, says McKinnon.

“I think in Ukraine, we see people are really holding together and supporting one another and that social support will be a buffer,” she explains.

“It is important to try to keep people together, to allow them to be present with one another, and that families be kept together rather than separated as they flee. These are very important things to ward against PTSD.”

Reports suggest that trained psychologists and other mental health workers are badly needed as traumatized Ukrainians continue to flee. McKinnon hopes some simple supports are made available to victims.

“We often ask people with PTSD to identify five things that you can see, that you can hear, that you can feel right now. This can help people to be grounded in the moment when they are facing trauma and stress, and can also be a way of coming back to the present or calming high levels of physiological arousal,” she says.

“Because of the scale of the catastrophe, I think we are going to be needing many such supportive approaches that for some individuals, will need to be maintained over time.”