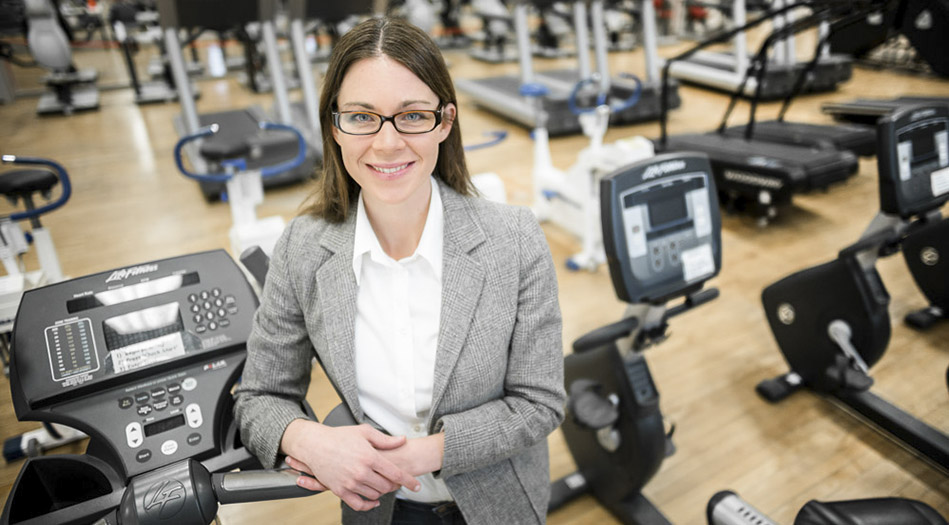 Jennifer Heisz, Assistant Professor in the Department of Kinesiology

Jennifer Heisz, Assistant Professor in the Department of Kinesiology, is the recipient of the 2016 Petro-Canada Young Innovator Award which recognizes the achievements of an outstanding faculty member.

“The award gives me an amazing opportunity to continue engaging undergraduate students in research across McMaster University,” said Heisz.

Heisz will be examining the use of exercise breaks in lectures as a means of improving attention, memory, and the overall learning experience.

The inspiration for the work began with a thesis project by undergraduate student Kristen Lucibello, currently working in Heisz’ lab over the summer. She will be starting graduate work in the fall.

That research used a lecture from Joe Kim’s courses and played in a lab space for students. There were three variations to the experiment; one group of students took 5-minute exercise breaks at three points during the lecture, the second group took a non-exercise break and the third group took no break and watched the lecture straight through.

The students who took the exercise breaks displayed a higher ability to stay on task during the lecture between breaks and showed better information retention immediately following lecture and again 48 hours later.

Physical activity incorporated into lectures, and especially longer lectures, activates the stress hormones epinephrine, responsible for heightened focused attention, and cortisol, which interacts with the hippocampus, the part of the brain that deals with learning and memory. This is what’s known as heightened encoding.

“There are no guidelines for professors on how to conduct a class in such a way that they maintain the attention of their students. The end-goal of this research is to create evidence-based guidelines as a toolkit for instructors for optimal learning for students.”