Condoms are the best defence against rising sexually transmitted infections 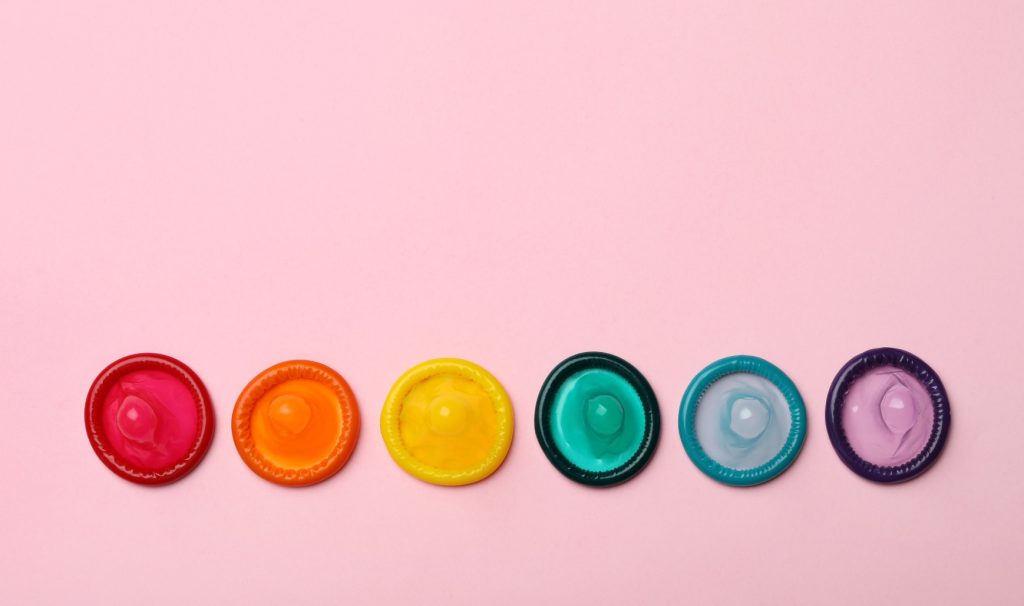 Clear and accurate information about condoms and sexually transmitted infections is one of the best tools to avoid sexual health risks. (Shutterstock)

BY Nicole Andrejek and Tina Fetner

Between 2008 and 2017, the rates of chlamydia increased 39 per cent, gonorrhea 109 per cent and infectious syphilis 167 per cent, according to the Public Health Agency of Canada.

A variety of factors has contributed to the increase, such as changing societal and cultural norms, barriers to accessing condoms and changes in diagnostic and screening practices.

Although PHAC tracks STIs, it doesn’t track the most important tool we have in preventing the spread of STIs: condom use. Instead, occasional government surveys and university-based research fill the gaps. People may not be using condoms at the same rate as before, but it is difficult to know for sure because there is a lack of data.

As sociologists of sexualities, we collected data on condom use as a part of a larger, first-of-its-kind study on sex and sexuality in Canada. Our findings show that about one-third of adult Canadians who engaged in penile-vaginal intercourse during their sexual encounters used condoms. One survey can’t track changes over time, but it can be an important piece of the puzzle of understanding who uses condoms, in what types of sexual encounters they are used, and why.

Younger adults use condoms more often than older Canadians, even when accounting for other demographic characteristics: 42 per cent of 19- to 29-year-olds used condoms in their most recent sexual encounters, compared to 31 per cent of 30- to 49-year-olds and 19 per cent of 50- to 64-year-olds. Seniors (65 and older) were the least likely to use condoms: 11 per cent.

Seniors are often thought of as non-sexual, but they continue to be sexually active. They may not, however, have access to the information about condoms and safer sex that young people have in school. Older adults should use condoms to protect themselves from STIs, but not enough research, resources or public policy initiatives are encouraging safer-sex practices within this group.

Condom Nation: Read more about the Sex in Canada study

We find that condom use is also higher (31 per cent) among those with university degrees compared those without (22 per cent). These institutions may be offering effective sexual health education and initiatives, such as providing free and easy access to condoms, which may lead to increased condom use among graduates.

Our results also suggest that when people use other forms of birth control, condom use decreases. This may be because pregnancy prevention is a greater concern for Canadians than avoiding STIs, or that sex education does not focus sufficiently on STI prevention

Sex education advocates and public health experts consistently report that clear and accurate information about condoms and sexually transmitted infections is one of the best tools to avoid sexual health risks. Our findings give credence to those experts who have advocated for increased sex education curriculum in schools.

Keeping sexually transmitted infection rates low is an important public health goal. For example, PHAC recently launched a five-year action plan to monitor sexually transmitted and blood-borne illnesses. Although condom use cannot prevent the transmission of STI’s in all types of sexual encounters, they are an important prevention tool. Our study focused on penile-vaginal sex, but many other groups, sexual pairings and sexual activities would benefit from using condoms.

Even though condom use is a key part of the plan to reduce STI transmission, measuring it has not been. We should know whether Canadians’ use of condoms is increasing or decreasing over time, and the best way to get that data is to include questions on condom use every year on annual surveys like the Canadian Community Health Survey.

Our research also emphasizes the need for more data on people’s attitudes about condoms, their knowledge of proper condom use and the conditions that promote or inhibit the use of condoms. Future research should assess the implications of sex education curricula on young adults’ use of and perspectives about condoms, access to ongoing sexual health education and age-specific resources, and gendered attitudes and beliefs about negotiating condom use during partnered sex between men and women.

Nicole Andrejek is a research assistant in sociology McMaster University and Tina Fetner is an associate professor of Sociology at McMaster University. This article is republished from The Conversation under a Creative Commons license. Read the original article.