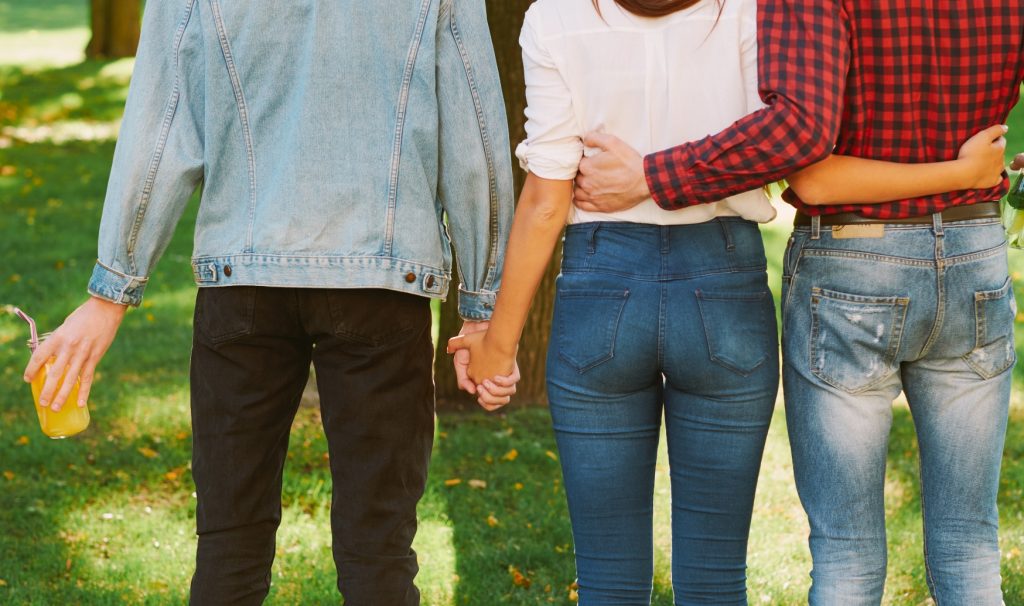 Although polyamorous families provide great support for themselves internally, they report experiencing marginalization within the health-care system and fear of judgment by health-care providers. (Shutterstock photo)

Polyamory is the act of engaging in multiple consensual, potentially long-term, romantic or sexual relationships at the same time.

We conducted an interview study with polyamorous families to examine their experiences with pregnancy and birth.

Our aim was to identify barriers to prenatal, antenatal and postnatal care for polyamorous families and to share results and strategies with health-care providers in the hope of overcoming them.

We found that those in polyamorous relationships benefit from each other but not from the system. Many of our interviewees expressed the view that having more partners garners more support.

They told us that although navigating multiple relationships can be difficult, it can also offer greater financial and logistical support when it comes to raising a family. One participant said:

When the 13-year-old middle child is sad and sick and whatever and just wants Momma, and the three-year-old just wants Dad … great, there’s still another adult to take care of those other kids.”

Our research participants also expressed difficulty navigating formal and informal social systems — including the health-care system — as we live in a world that tends to privilege monogamy.

A variety of relationship structures

The concept of polyamory, which is one type of non-monogamy, is poorly understood and it can mean different things to different people.

However, this is not true for everyone engaging in polyamory. There are a variety of relationship structures or “polycules” that exist within the world of polyamory.

Some polycules are structured hierarchically where two individuals (or more) of similar (or different) gender identities live together (or separate) and prioritize their relationship but engage in other romantic or sexual relationships outside of this dyad.

Other polycules are non-hierarchical and all relationships are considered priority. In some cases, all individuals in a polycule are engaged in romantic or sexual relationships with all parties, but this is not always the case.

Each polyamorous relationship is unique in structure, arrangement and definition.

Because polyamory means different things to different people, it is a hard thing to quantify. All the participants in our study described being polyamorous as part of their identify.

However, debate exists as to whether polyamory should be considered part of one’s sexual orientation or rather a relationship practice.

As such, prevalence estimates are also limited by individual willingness to disclose their polyamorous status.

The most recent estimate suggests that one in five single adults have practised some form of consensual non-monogamy.

Furthermore, this number does not account for married individuals engaging in consensual non-monogamy.

One Canadian based survey collected information from 547 self-identified polyamorous individuals. This survey reported that the number of polyamorous folks is growing.

It also showed that the majority are of childbearing age (25 to 44 years) with greater than 20 per cent having at least one child under the age of 19.

Despite the limitations of research to date, we can conclude that polyamory is more common than most people think and that folks engaging in polyamorous relationships are having children.

The polyamorous families we interviewed expressed a great deal of deliberateness in their decision-making, specifically around family planning.

They put substantial efforts into communication around whether children were desired within relationships, when to have children, who in the relationships would be biological parents and what parenting roles individuals would have.

Although this was not always the case, many of our interviewees also reported difficulty disclosing their polyamorous status due to fear of judgment.

This was true for disclosure to family, friends, colleagues and, in the case of pregnancy and birth, to their care providers.

“They asked who is allowed to make appointments for your child, and I said me, my husband and my girlfriend. And I had to give her name and her number. And they asked me several times, are you sure? What’s her relationship to the child? I’m like, well, I guess she’s technically his mother. And they’re like, well, we’ll just put down his aunt because we can’t put down multiple mothers when you already have a father, apparently.”

Regarding pregnancy and birth, our participants expressed feeling marginalized in the health-care system. They found that health-care providers and the system in general offered little space to acknowledge partners outside of biological parentage.

Our participants expressed facing barriers such as lack of physical space for additional partners, lack of inclusion in medical decision making and facing judgement with disclosures.

Each experience that participants shared with us was unique, however, just as every family is.

[ You’re smart and curious about the world. So are The Conversation’s authors and editors. You can read us daily by subscribing to our newsletter. ]

'Homeless Jesus' exemplifies how faith-based organizations can use public art to communicate religious ideas in a respectful and accessible way.