Your postal code may influence your health 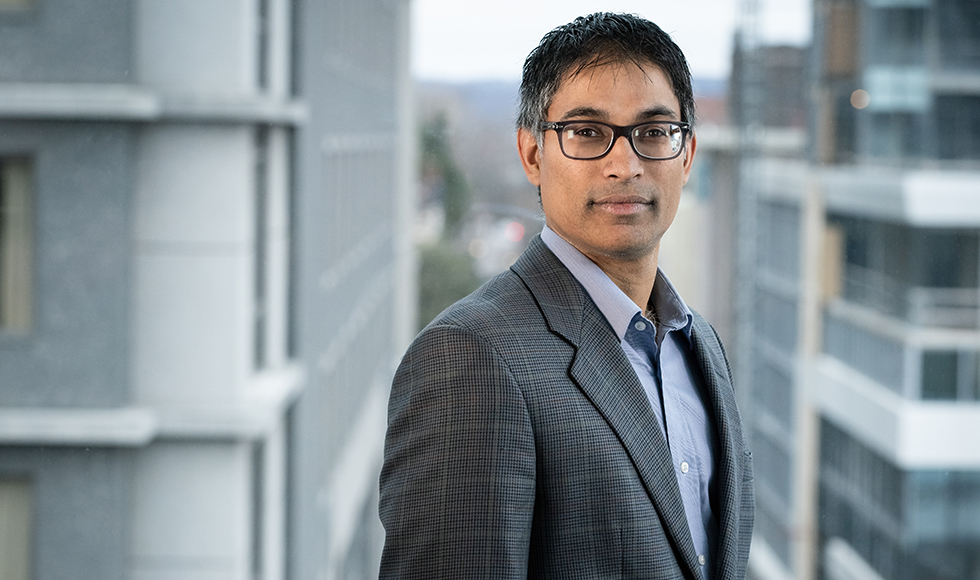 Russell de Souza is an assistant professor in the Department of Health Research Methods, Evidence, and Impact at McMaster University and a research associate at the Population Health Research Institute.

Where you live in Canada may play a role in your risk of major diseases like cardiovascular disease, diabetes and cancer.

Researchers at McMaster University have identified trends linking health and lifestyle factors like access to public transit, the variety of fresh fruits and vegetables in grocery stores, the prices of popular foods, the availability and prices of cigarettes and alcohol, and the promotion, or lack thereof, of healthy foods in restaurants.

The study findings, based on detailed data collected across Canada’s 10 provinces, were published today in the journal Cities and Health. An interactive online map for public use showing the data by postal code is available at: http://cvcdcontextual.mcmaster.ca.

“We found there are significant differences in environmental factors that may contribute to health, and that these differed between urban and rural communities, as well as when we compared eastern with western, and northern with southern communities,” said Russell de Souza, first author of the study and assistant professor in the Department of Health Research Methods, Evidence, and Impact at McMaster.

He is also a research associate at the Population Health Research Institute (PHRI) of McMaster and Hamilton Health Sciences.

“We believe that this information shows there are factors outside of a person’s control that influence the individual’s health, and these factors likely differ depending on where they live.”

The main findings of the study are:

More than 2,000 on-the-ground assessments conducted in all of the provinces were collected by trained auditors between 2014 and 2016. The assessment tool was adapted from the McMaster-led Prospective Urban and Rural Epidemiological (PURE) study that simultaneously assesses multiple contextual factors within communities and has been used internationally.

De Souza said the research was driven by concern about health trends in the nation.

“The rapid increase of overweight and obese Canadians and the associated consequences, including hypertension and diabetes, is a major health problem and threatens to halt the declines in cardiovascular disease deaths that Canada has experienced in the past 30 years,” said de Souza.

“Knowledge gaps exist regarding the impact of the built environment – or the human-made physical surroundings – on how someone develops risk factors like high blood pressure, and the variation of these built environments across Canada by region and rurality.”

The researchers were unsurprised to find that the environmental factor trends aligned with health outcomes tracked in other studies.

“This study helps us to understand what we call the ‘causes of the causes’ of diseases like cardiovascular disease. For example, what are the factors that lead to the development of high blood pressure, which can later lead to a stroke or high cholesterol, which later turns into a heart attack?”

De Souza said the researchers decided at the start of the study the data would be presented in an online, interactive map to convey the information from the community contextual health audits.

“We think presenting our data in this way offers a platform for policy makers, public health professionals and community members to collaborate to build healthier environments and fix the problems,” de Souza said.

“By understanding how the built environment plays a role, we can intervene both at an individual level, as well as at a community level. It’s one thing for your doctor to tell you that you need to eat more fruits and vegetables to lower your blood pressure, but what if your grocery store prices are so high that you cannot afford them? Or if to get to your grocery store, you have to drive for 30 minutes? If five to 10 servings of fruit and/or vegetables are recommended daily, we should advocate for everyone to be able to afford and access those servings.”

The study was a component of the Canadian Alliance for Healthy Hearts and Minds (CAHHM), led by Sonia Anand, professor of medicine at McMaster, senior scientist of PHRI, and vascular medicine specialist at Hamilton Health Sciences.

CAHHM is a multi-ethnic cohort study being conducted in Canada. The study aims to understand the association of socio-environmental and contextual factors, such as societal structure, activity, nutrition, social and tobacco environments, and access to health services, in relation to risk factors of cardiovascular and other chronic diseases.

“This study is unique because it will enable comparisons between communities within a region, province, and across the country. Place matters as our environment affects our health behaviours without our realizing it,” said Anand, the Heart and Stroke Foundation / Michael G. DeGroote Chair in Population Health Research McMaster.

“We are making these data available to other researchers and health planners so they can further quantify the impact of the built environment on health, and to help in the building of healthier communities,” she added.

As for the best place to live in Canada’s 10 provinces based on study results, de Souza said it depends on your health habits and preferences.

De Souza noted the three territories were not included in the study due to geographical limitations for the research team.

Anne Simard, chief mission and research officer of the Heart and Stroke Foundation of Canada, said: “This study demonstrates that rural, including northern and remote communities continue to face inequities with respect to access to healthy food options and even nutrition information in restaurants. This underscores the need for policies to improve nutrition in these communities.”

Craig Earle, vice president of cancer control with the Canadian Partnership Against Cancer, added: “The importance of these findings is that they highlight disparities that contribute to different health outcomes depending on where you live. There are things we can collectively take action on today.”