A look back at research in 2022: From health care to tech to social justice 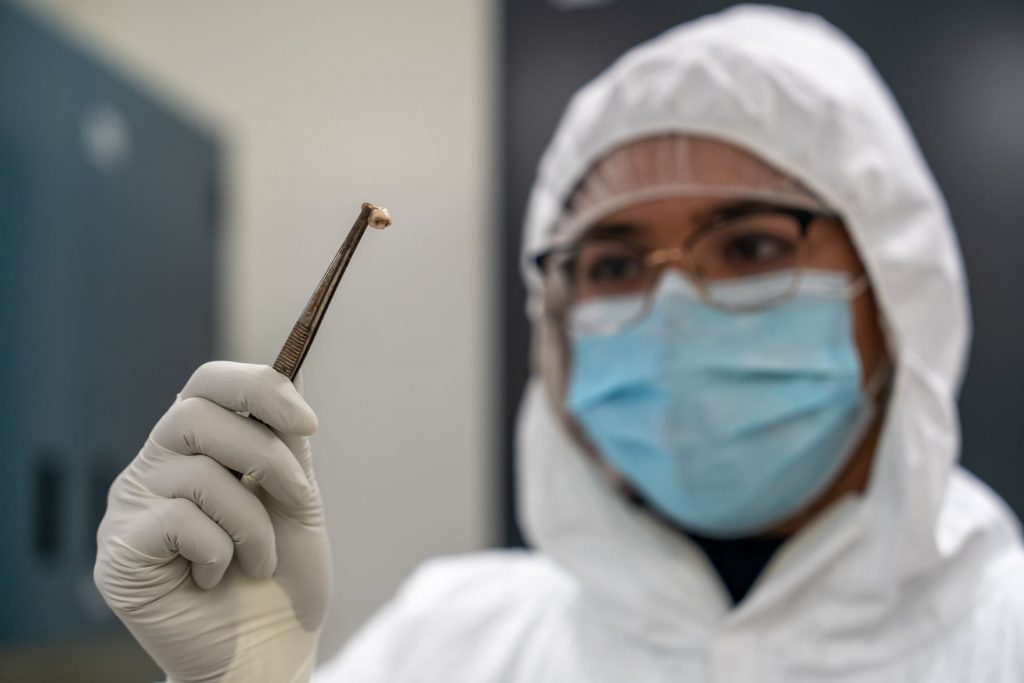 In 2022, McMaster’s students and researchers once again showed why the university has a global reputation as a centre of excellence for innovation and creativity — consistently rated one the most research-intensive universities in Canada and ranked 37th in the world for the global impact of that research.

From pandemic solutions to using drones that will rapidly deliver cancer treatments, here’s a look back at some of the best-read stories about McMaster research from the past year.

An international team of scientists analyzed centuries-old DNA from victims and survivors of the Black Death pandemic and learned that the genes that protected people from the bubonic plague 700 years ago are now associated with a higher risk of autoimmune diseases, such as Crohn’s and rheumatoid arthritis.

McMaster evolutionary geneticist Hendrik Poinar and his colleagues at the University of Chicago, the Pasteur Institute and other organizations identified key genetic differences that determined who lived and who died of the Black Death, and how those aspects of our immune systems have continued to evolve since then.

(Poinar’s lab also led an international team that used fragments extracted from the gallstone of a 16th century mummy to identify and reconstruct the first ancient genome of E. coli.)

The needle-free future of vaccines

Building on decades of research on an inhaled tuberculosis vaccine, a team of experts at Canada’s Global Nexus for Pandemics and Biological Threats is developing a second-generation COVID-19 vaccine that will offer a better defence against the current pandemic and future coronavirus outbreaks.

The new vaccine, designed to protect against future variants of concern, is inhaled through the mouth to deliver the vaccine directly to the respiratory system. The inhaled-vaccine technology, currently in human clinical trials, could be used to fight off other respiratory infections, including the common cold, flu and tuberculosis. Turns out, the secret to getting people dancing is to pump that bass — even if they can’t hear it. Researchers at McMaster’s cutting-edge LIVELab used advanced monitoring technology at a live concert and found that any time they introduced inaudible low-frequency bass, people danced 12 per cent more than they otherwise did.

McMaster physicists used red blood cells to safely carry potent antibiotics through the body to selectively attack dangerous bacteria without affecting nearby healthy cells. This mechanism is especially useful for delivering resistance-proof antibiotics, currently used only as a last resort because they are so potent, as their side effects can include permanent kidney damage.

Communication studies and media arts professor Selina Mudavanhu is using digital storytelling techniques to help train and mentor a new generation of scholars in Africa. In a second project, she is engaging Black senior undergraduate students — recruited through the Black Student Success Centre — to reflect on their intersectional experiences of studying at McMaster and of living in Canada in bodies racialized as Black.

Child malnutrition and childhood food insecurity are very real problems even in developed countries like Canada. Nutritional anthropologist Tina Moffat makes a case for instituting better — and more pragmatic — policies at every level of government and taking collective action to make sure our children don’t go hungry.

Surgeon and innovator Mehran Anvari is at the forefront of a project that uses space-age tech — the same kind as NASA — to detect breast cancer through remote, robot-assisted biopsies and diagnostics. His work promises to make timely diagnosis and treatment accessible to rural, remote and currently underserved populations. Staying active is not only good for our bodies, but also our brains: Exercise can improve memory and cognition, help ward off dementia and ease depression. So what’s stopping us from working up a sweat? Kinesiologist (and triathlete) Jennifer Heisz and other experts weigh in.

Nuclear medicine delivered by drone: The future is now

McMaster researchers are part of a pilot project that will deliver medical isotopes from the McMaster Nuclear Reactor to hospital — by drone. Medical isotopes, used to diagnose or treat cancer, have short life spans before they become unusable. Using drones to avoid traffic jams and other ground-route delays promises to be a game-changer. Despite what we all learned as children, planting large numbers of trees is not the black-and-white climate solution we might think. It’s important to take into account the species of tree, the location and its impact on the delicate local ecological balance, as well as the climate. At the McMaster carbon sink forest, a living lab for research, education and the community, scientists hope to create a blueprint for change.

Engineering researcher Zahra Motamed and her team have developed a non-invasive monitoring and diagnostic framework to help individualize and improve treatment for patients with cardiovascular disease. It could open the door to new wearable devices that would allow care providers to easily monitor patients, accurately predict how treatments will work and better plan for customized future treatment.

McMaster researchers have developed a method — dubbed Crowdfeeding — to reduce hunger in Canada and reduce fresh food waste at the same time. Working with retailers and food suppliers, as well as transportation partners and community organizations, they are exploring ways to streamline processes in the food rescue ecosystem — and effectively deliver fresh food to those in need.

McMaster researchers invented a self-cleaning plastic wrap that protects against both bacteria and viruses, now moving toward scaled-up production for the marketplace. RepelWrap’s ability to shed both bacteria and viruses boosts its potential usefulness for interrupting the transmission of infections on high-touch surfaces such as door handles and railings.

Smart watches, smart fridges, smart homes. Navigating an increasingly digital world can be a struggle for older adults, often overlooked when product designers create new technologies. Milena Head and other researchers at the McMaster Digital Transformation Research Centre are studying how older adults and other marginalized groups of people interact with digital tech, and developing ways to make these technologies more inclusive, accessible and easier to use. A better way to beat superbugs

An investment in life-saving innovation

A remarkable $32 million gift from philanthropists Marnix and Mary Heersink this year builds on McMaster’s long history of innovation: At the new Marnix E. Heersink School of Biomedical Innovation and Entrepreneurship, McMaster will educate the next generation of entrepreneurial health innovators. And students and researchers at the Mary Heersink Centre for Global Health will create new solutions to emerging threats to global health, such as pandemics and the climate crisis.